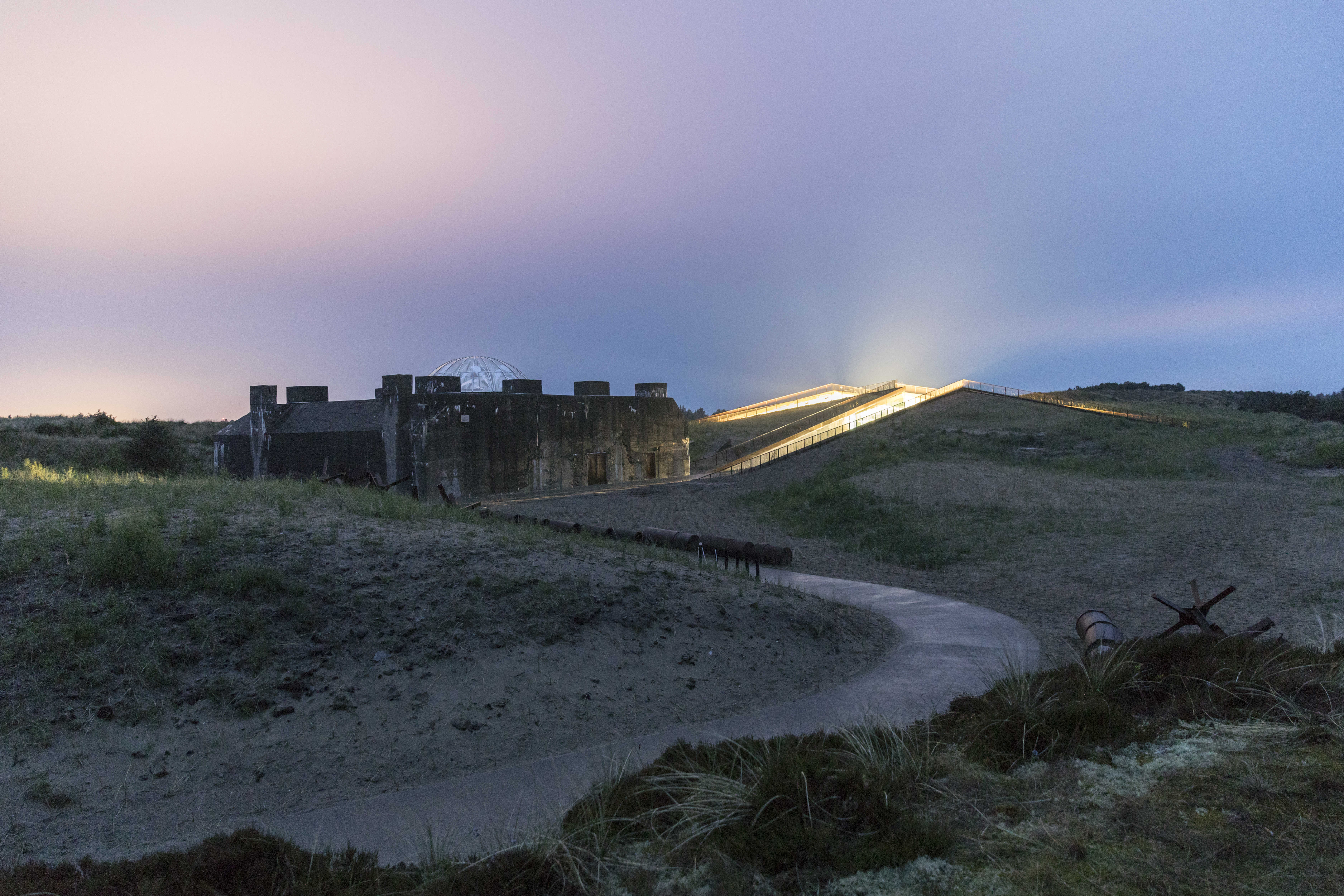 A new museum designed by BIG has opened in the midst of one of Hitler’s failed war projects.

BIG is hardly known for understated architecture. Normally they deliver architectural concepts employing simple yet thorough techniques to accentuate details relating to the users, the location or the function of a project.

The opposite can be said of Tirpitz, and the results have garnered international recognition and awards. The task was simple: create a modern museum around the old Tirpitz bunker. The bunker was part of the Atlantic Wall erected by the Nazi military to protect German troops from northern Norway down to the Pyrenees. Instead of creating a clear contrast to the massive bunker, the museum is situated underground to reflect the horrific war history it represents. The architecture accentuates the alien nature of the bunkers in the dune landscape of western Jutland.

The museum bores into the dunes, creating a natural division in the landscape while also serving as a reminder of the wartime trenches. Visitors typically enter from the south, but since “the enemy” can attack from all sides, the museum also opens up towards the dunes located at its back.

Descending into the museum, visitors are first met by long, flat steel, concrete and glass facades, creating an ominous and unwelcoming atmosphere. A slight slope downwards in the concrete tunnel guides the viewer’s eye as it adjusts from the bright surroundings outside to the dim interior.

Then, softer wood and a richness of detail emerge in the four exhibitions: West Coast Stories, Gold of the Sea, An Army of Concrete, and Danger – Mines! 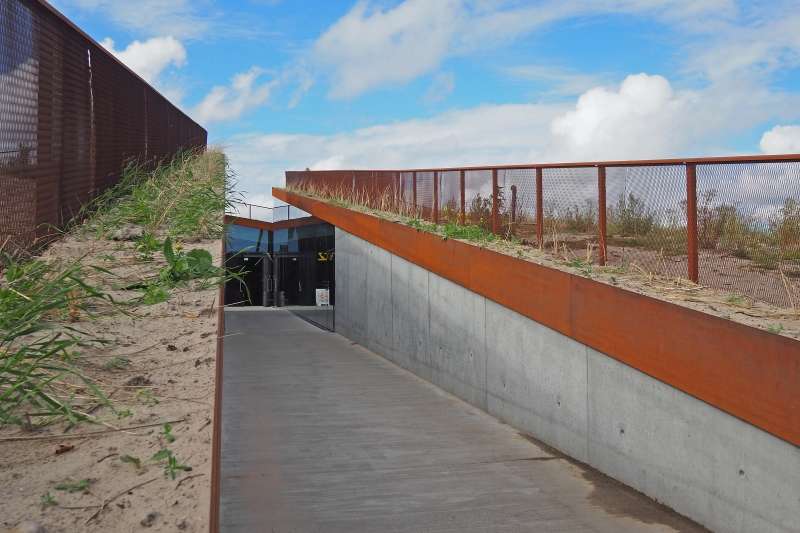 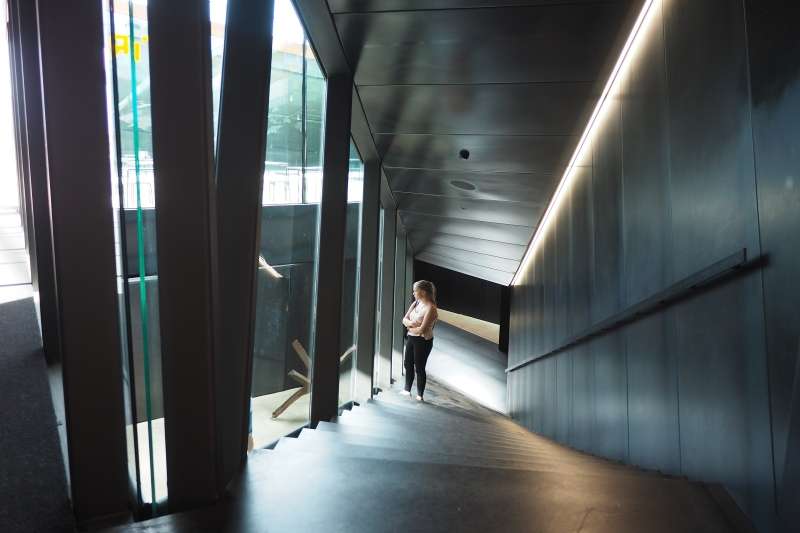 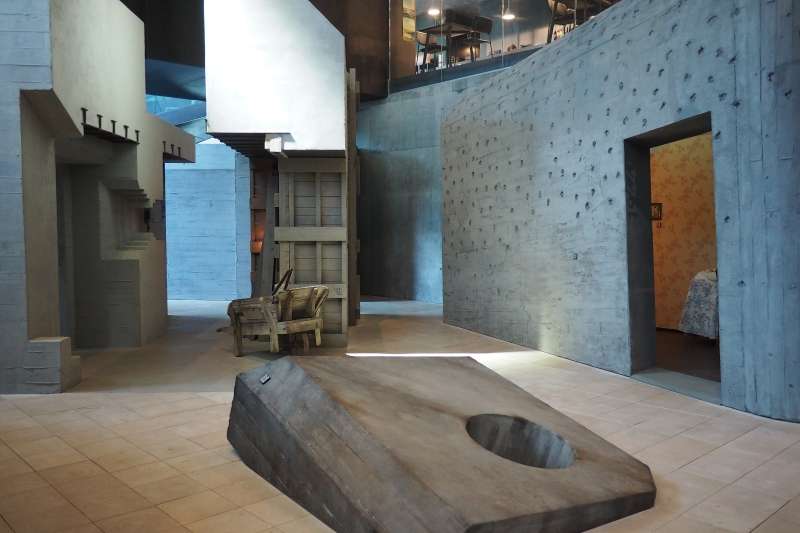 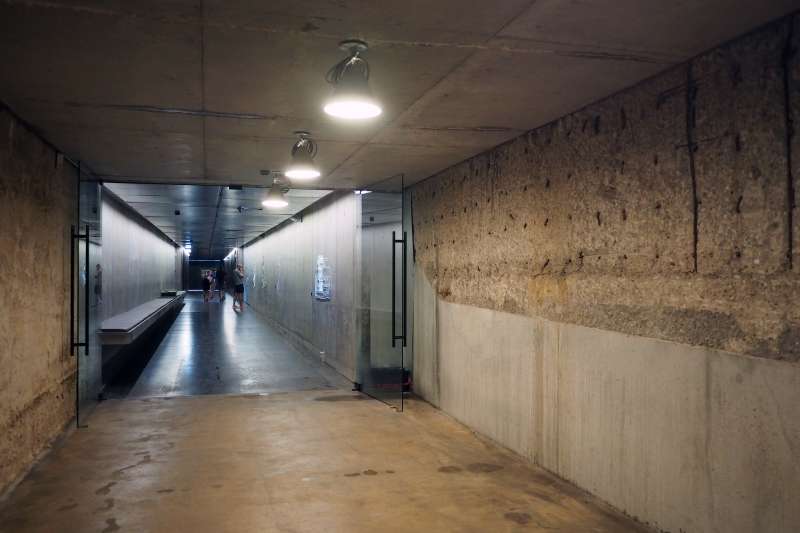 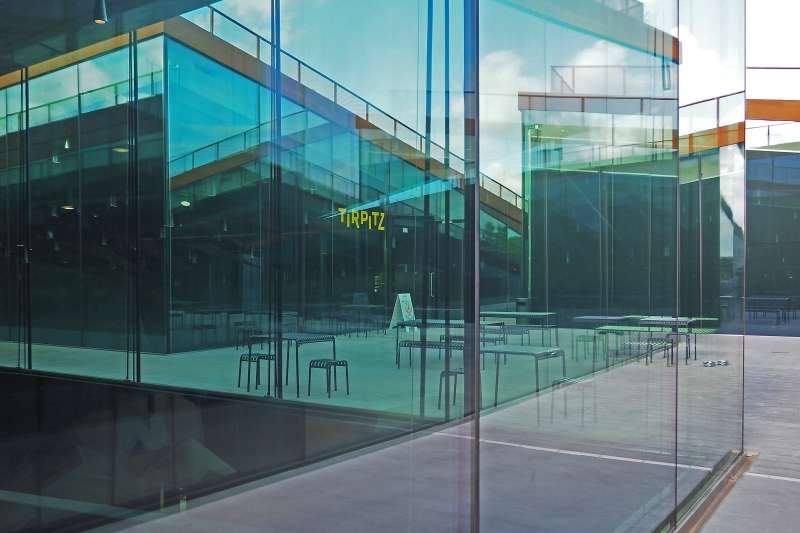 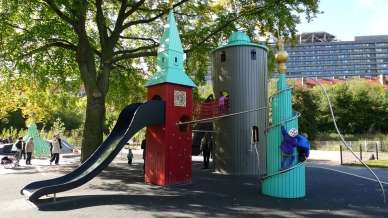