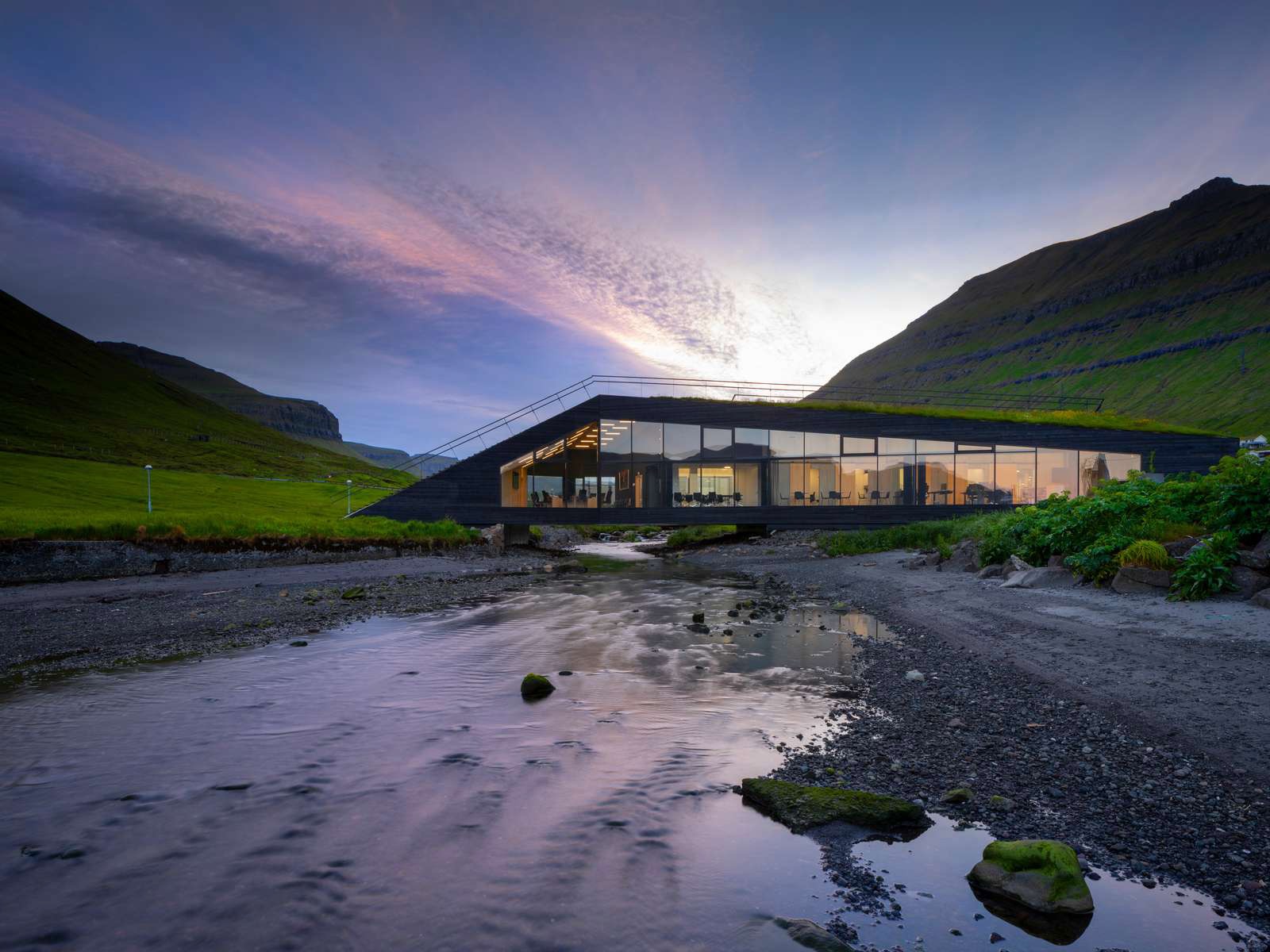 The new town hall of Eysturkommuna in the Faroe Islands nests itself into the surrounding landscape as a modern interpretation of traditional Faroese architecture.

With a public walkway across its green roof, the town hall physically and symbolically bridges two different municipalities across a river and reclaims the river bank as a public destination.

The Eysturkommuna Town Hall is one of the world’s smallest town halls. It is located in Norðragøta, across a river that runs through the city. The 750-square-meter building is designed by Henning Larsen’s Faroese partner, Òsbjørn Jacobsen, who is also the architect behind the concert hall Harpa in Reykjavik, Iceland.

The town hall is situated close to an attractive beach, which used to be a natural gathering point of the local community. This ended when the fishing industry moved in, and the building is one of several projects to reclaim the river’s bank as a public destination. With public terraces and a green roof that leads citizens across the river, the town hall physically and symbolically unites two previously separated municipalities.

The green-roofed town hall merges into the surrounding Faroese landscape by taking its form from the island’s local conditions. Without directly imitating traditional building elements, the building builds on the underlying thoughts of traditional Faroese architecture, where the line between building and nature is blurred. It thus becomes hard to distinguish where the landscape stops and the building begins.

The town hall creates the framework for the work of the city council and the administrative staff. From its land-facing side, the building contains office space for the municipality’s staff; from its sea-facing side, the meeting spaces and reception are aligned with large glass windows that create a panoramic view to the water. Beneath the building, floodlight projectors shine on the river and project light back onto the building’s underside.

In the City Council Hall, the Municipality’s key decisions are made at a circular table inspired by the ceremonial chambers of Pueblo Native Americans. At the table, no one sits at the end, and everyone is met on equal parliamentary terms. In this hall, nature comes especially close, as the river beneath is visible through a circular glass-covered opening in the floor, surrounded by the round table. Through the floor opening, the local government can spot trout on their way upstream, while projections of water reflect onto the ceiling.

As a special feature, an exterior sound-and-light installation by artist Jens Ladekarl Thomsen plays for the public outside the town hall. The artwork draws from sounds and structures of the local society and nature and lets passers-by believe that the house speaks of its surroundings. The installation is part of creating a new story of local nature and the community.

The building’s terraces and roof are open to the public, who can use them for contemplation, swimming, and fishing in the river. Inside, the interior can accommodate a variety of public events, such as exhibitions, talks, and concerts. The building also creates a south-facing public space sheltered from the northern wind, where citizens can enjoy a view of the scenic landscape.

The town hall establishes a space that revives the public life of the city. In the coming years, the city will be revived with more buildings and events that support the local community. By serving both as a bridge and as a public destination in itself, the town hall reclaims the riverbank and creates a new gathering point for citizens. 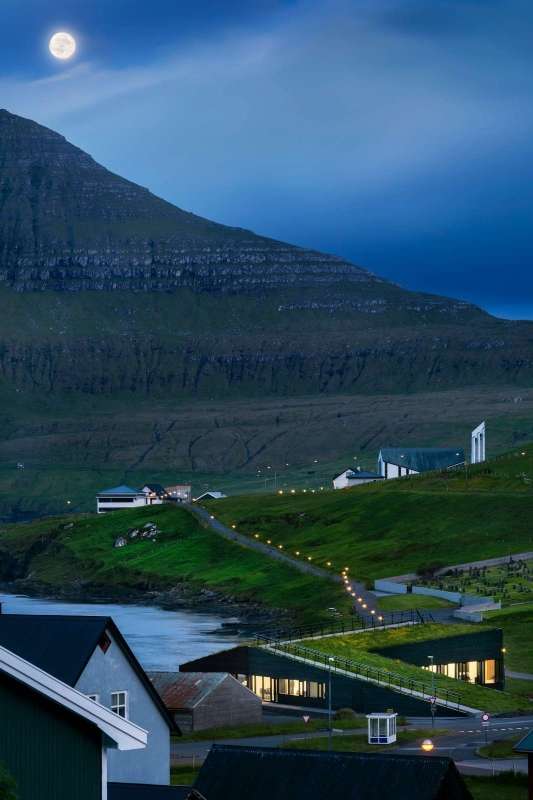 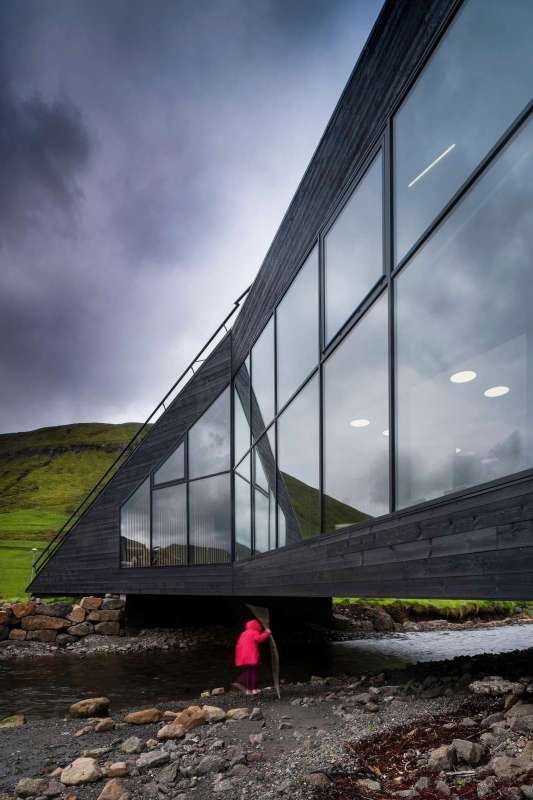 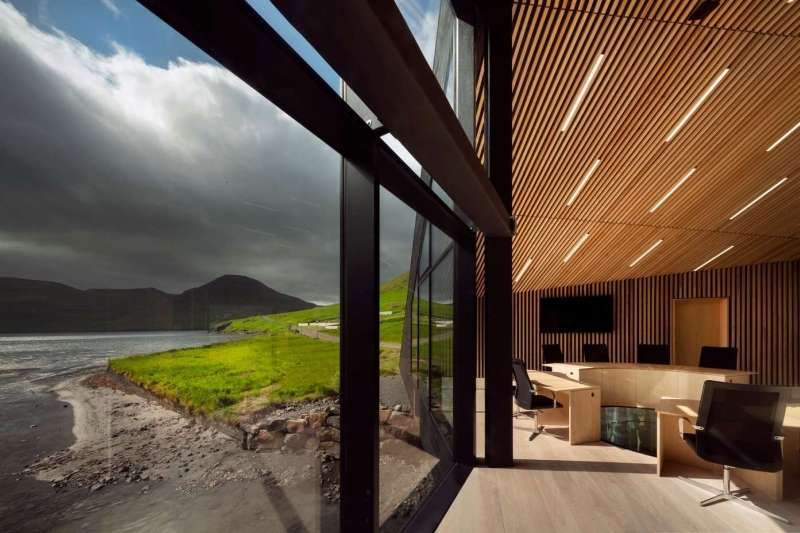 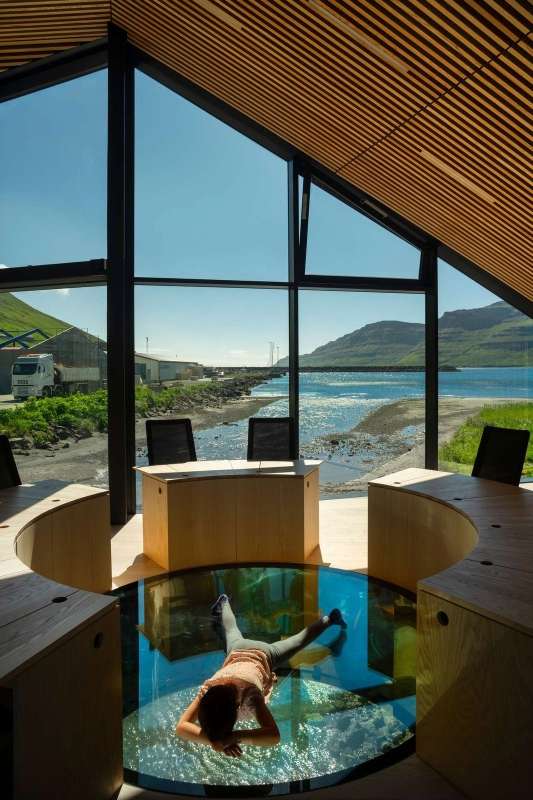 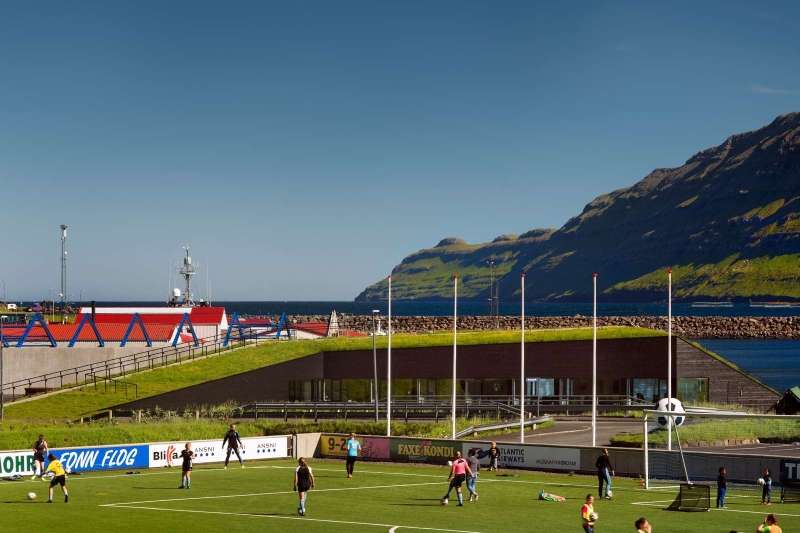 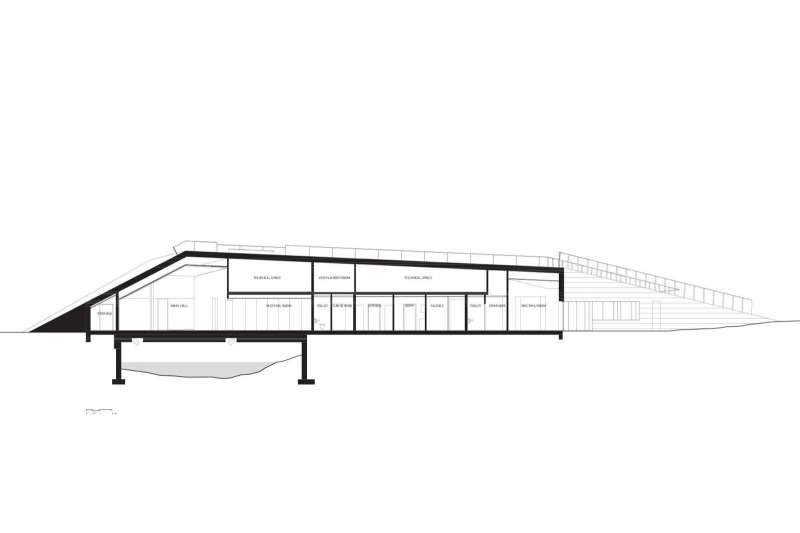 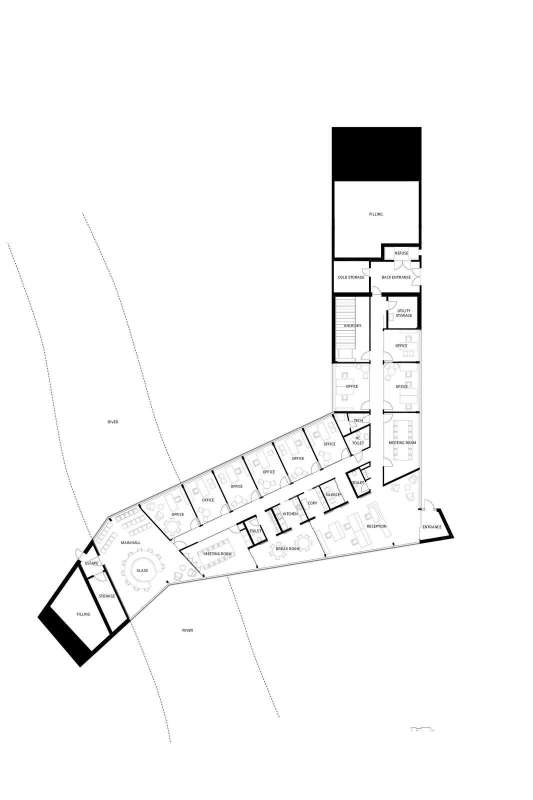