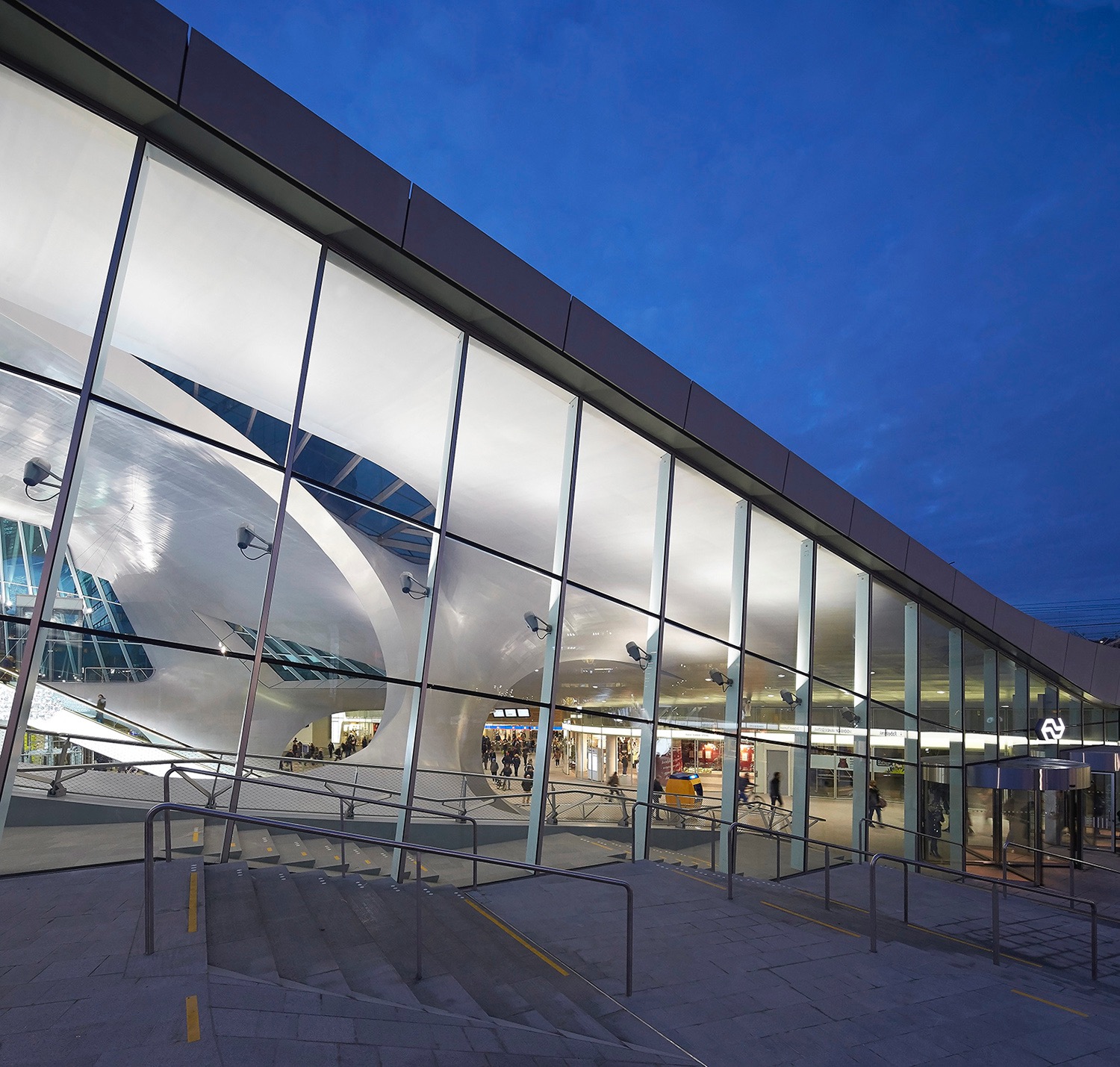 The future of train travel is unveiled at Arnhem Central Station’s Transfer Terminal, the centerpiece of a masterplan linking different programs and levels within the station area.

The station will become the new “front door” of the city, embracing the spirit of travel, and is expected to establish Arnhem as an important node between Germany, the Netherlands, and Belgium.

UNStudio began the masterplan in 1996 and completed its first sketch design for the Transfer Terminal in 2000. After intensively researching passenger flows and transportation modes, UNStudio proposed that the new terminal should expand to become a “transfer machine” that incorporates the whole spectrum of public transport, meeting the travel demands of the 21st century.

The Transfer Terminal features a dramatic twisting structural roof geometry, which enables column-free spans of up to 60 meters. Taking references from the continuous inside/outside surface of a Klein Bottle, UNStudio aimed to blur the distinction between the inside and outside of the terminal by continuing the urban landscape into the interior of the transfer hall, where ceilings, walls, and floors all seamlessly transition into one another.

The structure of the roof and twisting column was only made possible by abandoning traditional construction methods and materials; much lighter steel replaced concrete – originally intended for the station – and was constructed using boat-building techniques on a scale never before attempted.

The new terminal houses commercial areas and a conference center and provides links to the nearby office plaza, city center, underground parking garage, and the Park Sonsbeek.

Integrating the naturally sloping landscape distinctive to Arnhem, UNStudio conceived the Transfer Terminal as a flowing, utilitarian landscape of different functions stacked up to four stories above ground and two below.

Arnhem Central is no longer just a train station. It has become a transfer hub. We wanted to give a new and vital impetus to station design, so rather than merely designing the station around the activities and people flows that already took place there, the expanded architecture of the new Transfer Terminal directs and determines how people use and move around the building.
— Ben van Berkel, founder and principal architect of UNStudio

The project is part of a countrywide railway upgrade that will see new stations in Rotterdam, Delft, The Hague, Breda, and Utrecht. 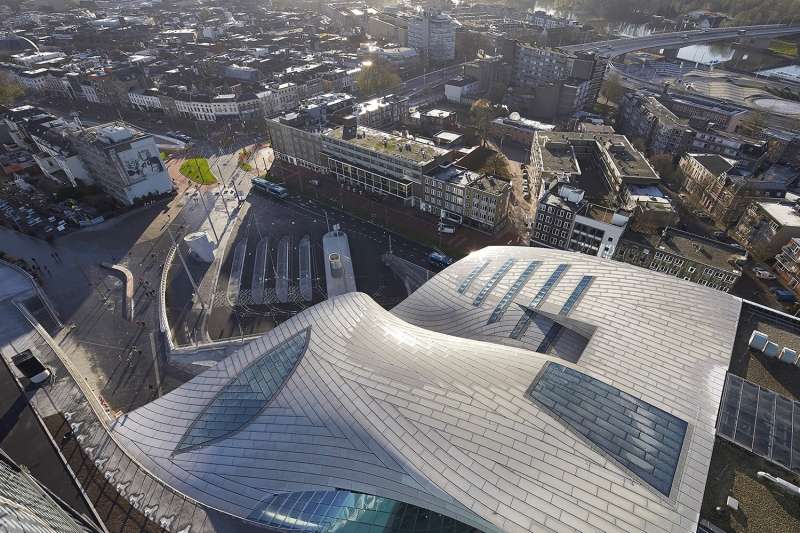 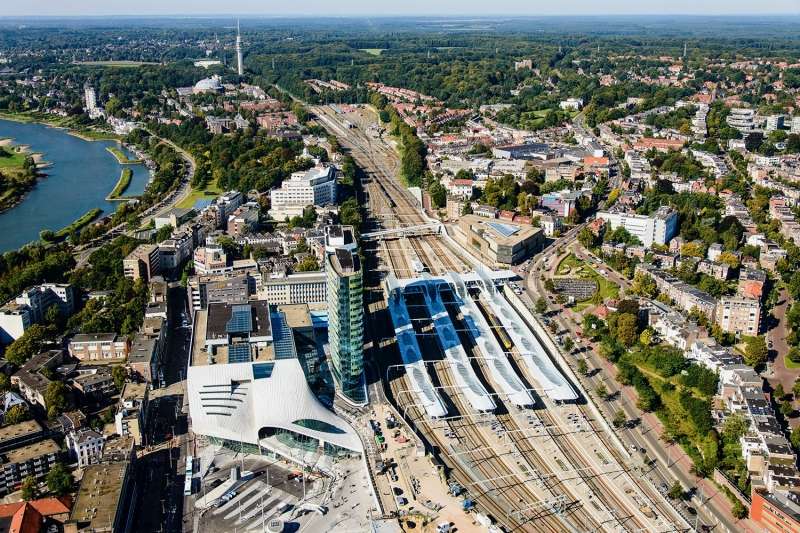 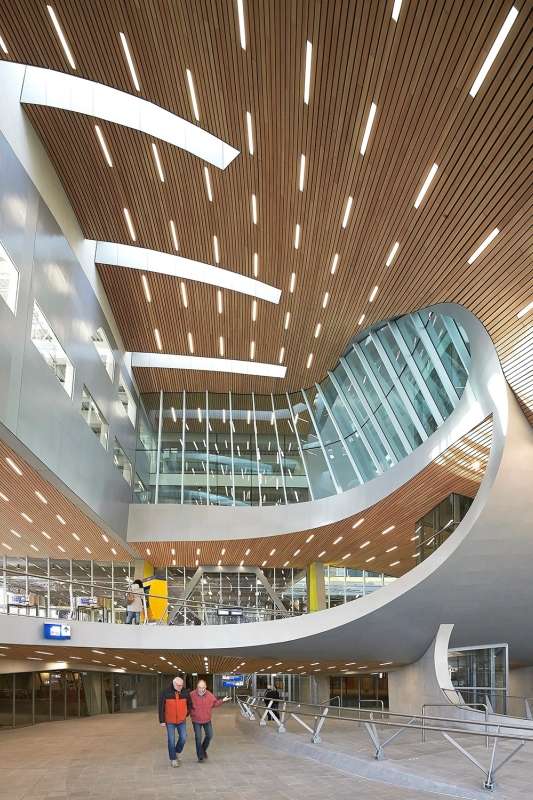 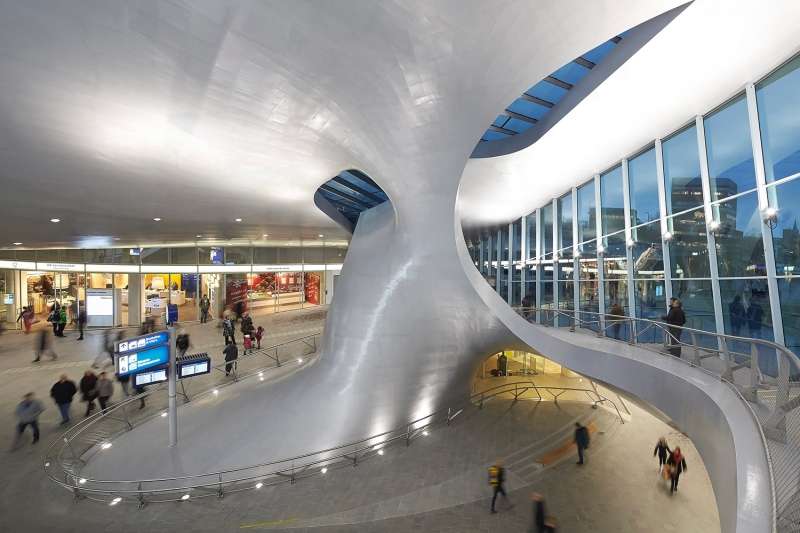 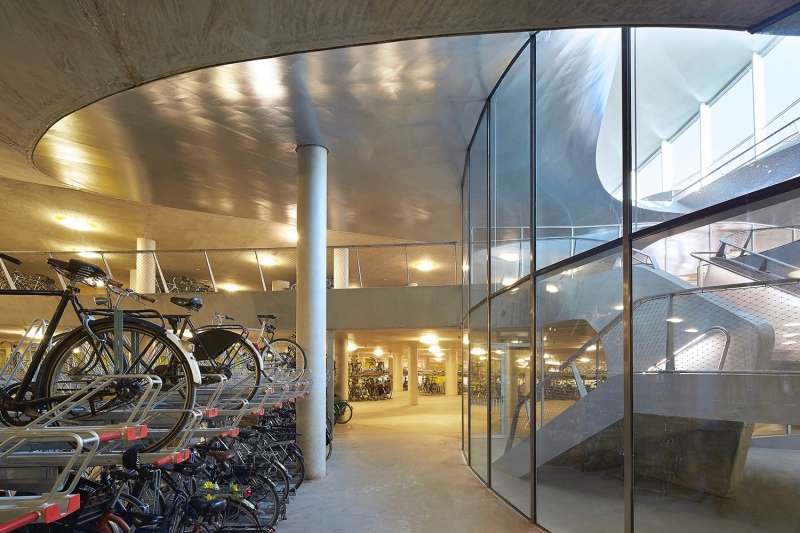 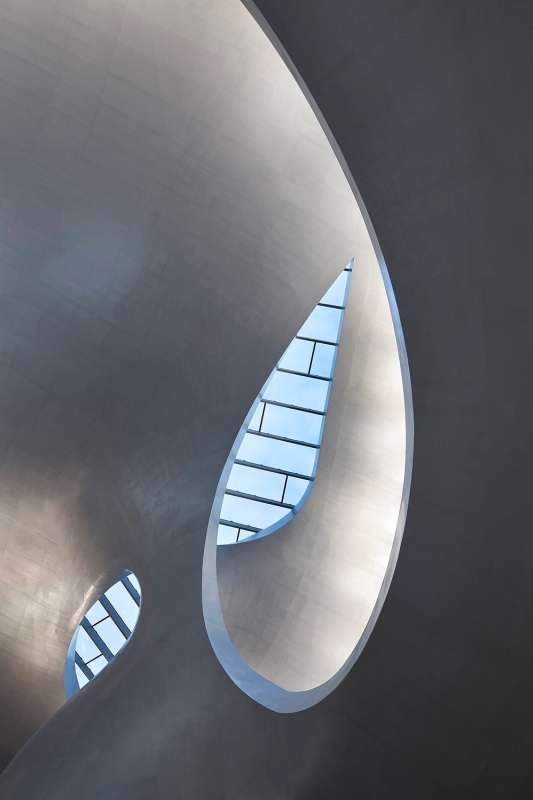 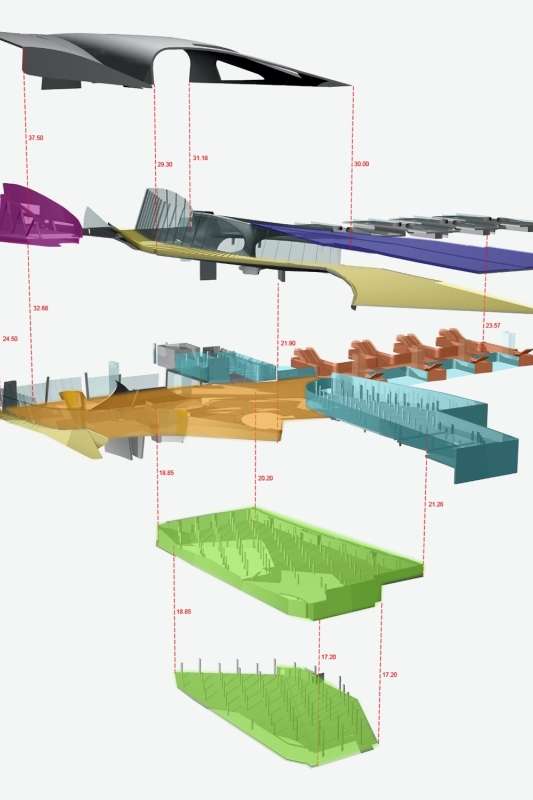