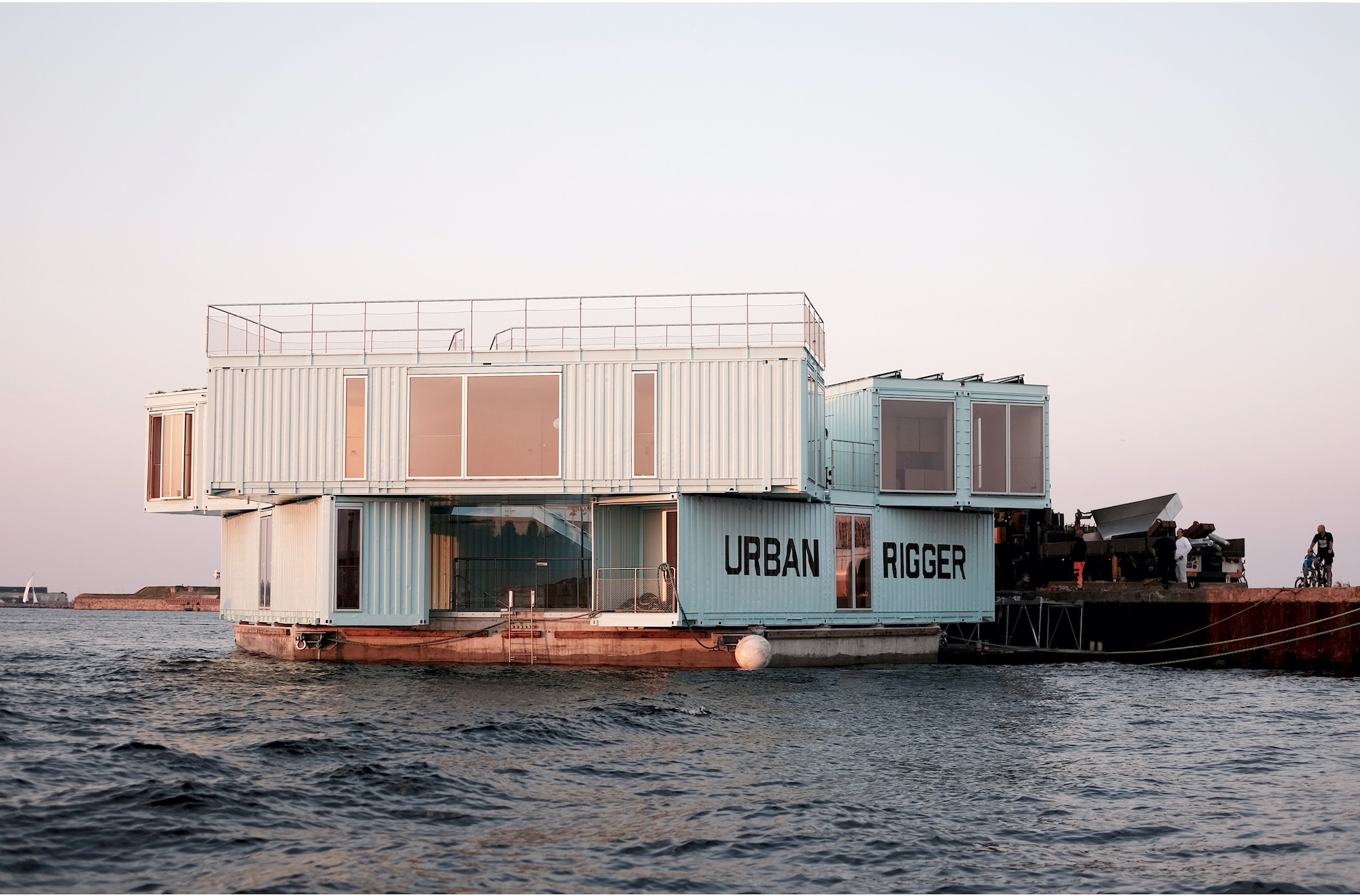 Danish housing startup Urban Rigger has responded to Copenhagen’s affordable-housing shortage by proposing a use for the largest undeveloped area of the city center — the harbor itself.

With the help of Bjarke Ingels Group (BIG), they have designed a low-cost, modular housing system that can be altered, replicated and floated. If BIG has its way, Copenhagen’s harbor will soon be dense with floating shipping containers hosting young students.

Just a few kilometers from BIG’s highly anticipated ski-slope incinerator, the first prototype of this shipping container housing, named Urban Rigger, has been launched. Whilst more modest in scale than many of BIG’s recent projects, Urban Rigger’s inherent reproducibility gives it a much wider scope. Built from nine shipping containers, the project takes advantage of excess container stock from the declining shipping industry in Western Europe, transforming redundant industrial infrastructure into the much-needed housing stock.

The architects propose that Urban Rigger can be duplicated in other harbor cities that lack space but need affordable student housing, and the standardized container system provides the flexibility for multiple configurations and scales. Whilst the design is intended to be tessellated, there is, of course, a limit to the available docking space in busy cities such as Copenhagen, where barges, tour boats, ferries, and swimming platforms all compete for space in the city center. Urban Rigger hopes that local governments will invest in student housing by freeing up central docking areas close to university campuses.

Essential basic drivers of the student migration, such as the availability of centralized, sustainable and affordable student housing, is not only elemental, but cardinal in the quest to inspire and attract the best and the brightest to conquer the challenges of our exciting but fragile future.
— Bjarke Ingels

Measuring 680 square meters, each collection of nine shipping containers contains fifteen living spaces organized around a central courtyard, all resting upon a floating platform. A rooftop terrace, kayak landing, bathing platform, and other shared facilities aim to create a new form of communal living for students. Two staggered layers of stacked containers form a hexagonal courtyard space and allow for connections to adjacent future units. The overlapping forms frame views across the harbor, and the three rooftops provide space for a small lawn, a roof terrace and an array of solar panels.

Priced at $600 per month to rent, the units aim to be competitive with the Copenhagen housing market and affordable for the mass of students who often struggle to find accommodation. The units are also carbon-neutral, taking advantage of solar energy and a hydro-based heat exchange system to ensure that running costs are kept to a minimum.

Whilst there have been countless shipping container projects in recent years, BIG’s trademark playfulness manages to make Urban Rigger an original, joyful, and genuinely functional project. The unit is considered as an initial prototype, and BIG plans to continually upgrade the design to make it more efficient, flexible and cost-effective. If they can both innovate and reduce associated costs, variations of this project may well begin to appear across Europe; there are already plans to float a community of 300 homes in Gothenburg.

As with many container projects, Urban Rigger has an inherently temporary aesthetic, but this seems to suit its function as short-term housing that can be continually altered, updated and relocated. The design could prove to be invaluable in providing affordable housing in the context of increasing urban density, land values, and rising sea levels. BIG certainly believes it will, proven by the fact that the practice is planning to build an Urban Rigger for its interns. 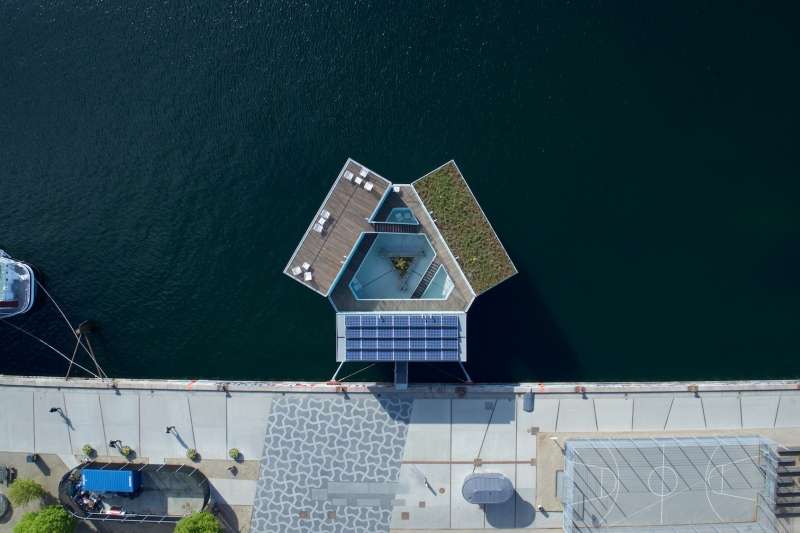 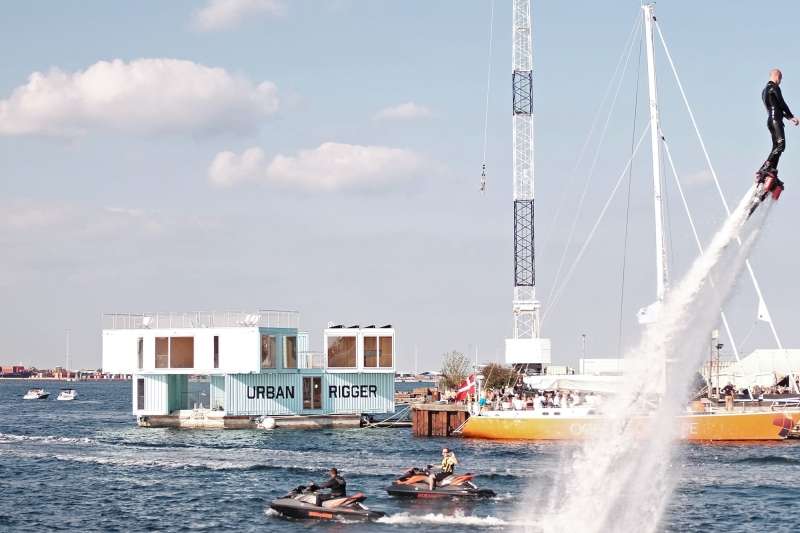 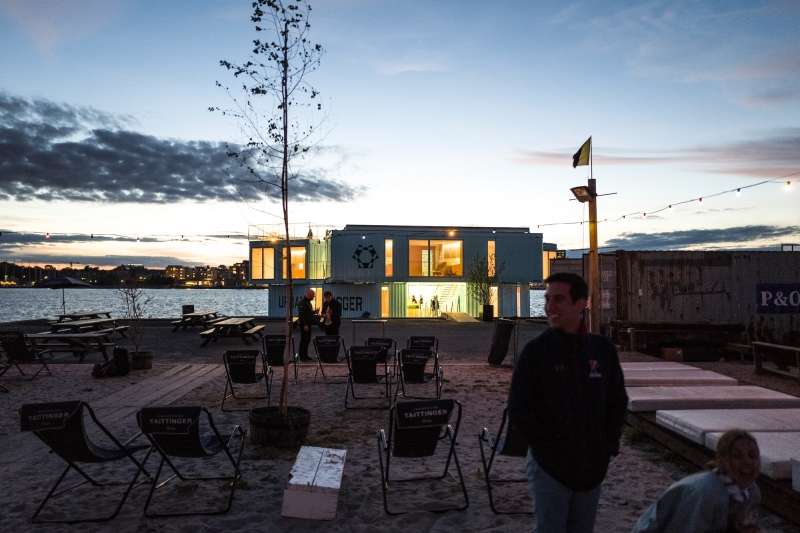 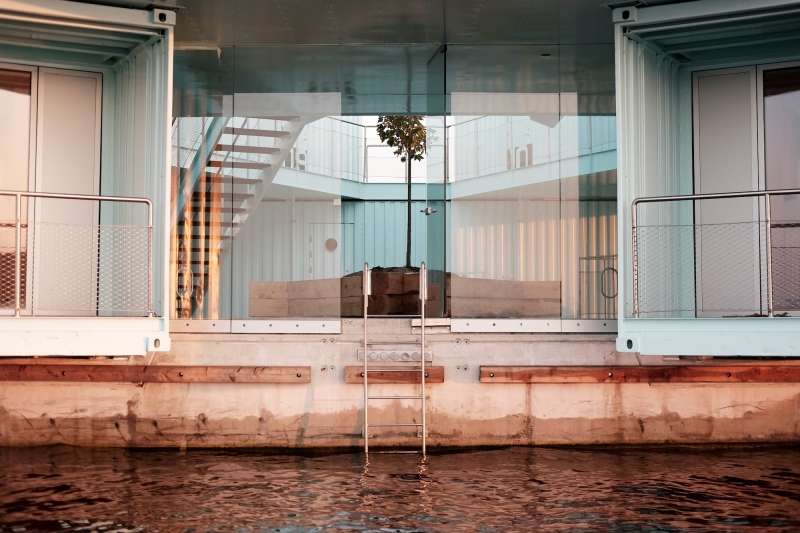 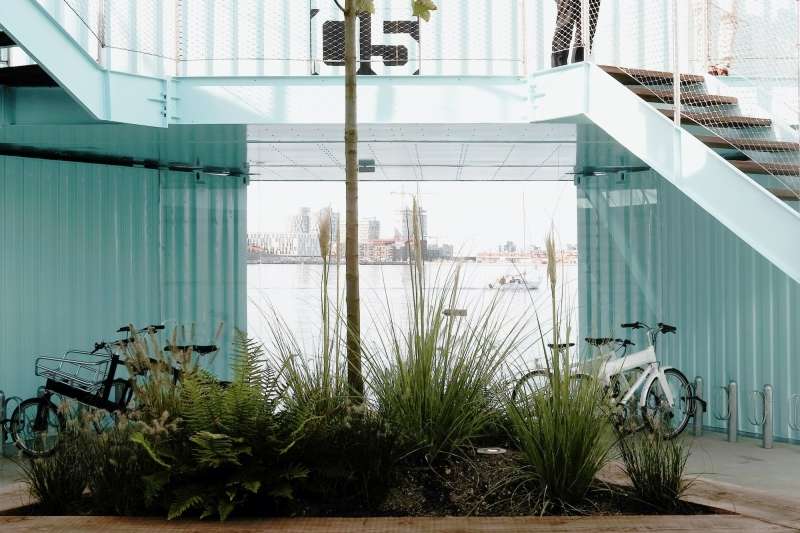 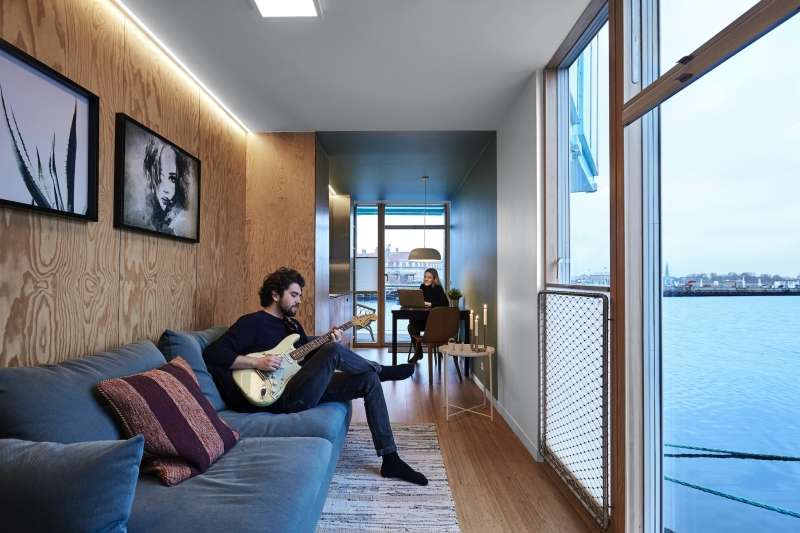 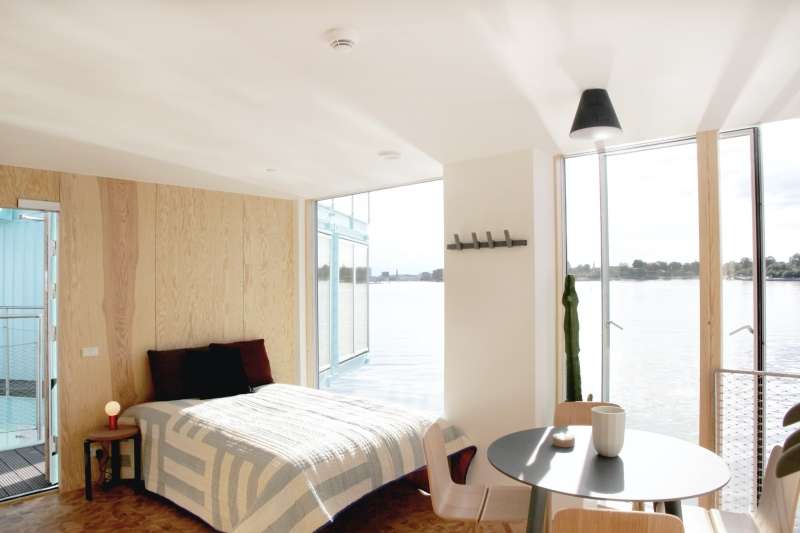