The V&A Dundee is “the jewel in the crown” of a 30-year-long development plan to transform Dundee’s waterfront, situated on the now-demolished Earl Grey Dock.

Dundee’s maritime history once played a central role in binding the Scottish city to the rest of the world — now, as Dundee’s industrial era declines, its cultural ambitions swell. Kengo Kuma and Associates have designed a new cultural monument inspired by Scotland’s intimate relationship to nature — specifically, its coastline, which is unsurprising given that the V&A Dundee stands upon the connection between land and water. It is not the first museum to be built in hopes of regenerating a post-industrial city, utilizing beautiful locations and world-renowned architects to springboard cultural attractions into public interest. Whether or not this is a formula that actually works is debatable. Museum supporters are hopeful for what it can do for the city of Dundee.

The big idea for V&A Dundee was bringing together nature and architecture, and to create a new living room for the city… I hope the museum can change the city and become its centre of gravity.
— Kengo Kuma

Not only is the V&A Dundee the first V&A outpost outside of London, but it is also Scotland’s first design museum and Kengo Kuma’s first building in the UK. Three big cultural “firsts” point to the city of Dundee, which museum-supporters are hoping will put Dundee back on the map, so to speak. It is evident that there are hopes for the V&A Dundee to become the city’s new icon; John Alexander, leader of Dundee’s city council, already claims that the “people of this city see this institution and this museum as theirs.” However, collecting an entire city under one icon, especially a novel one, is an ambitious task. The final budget of £80.11 million is almost double the original prediction of £45 million, spurring anti-austerity campaigners to protest and boycott their newly proclaimed monument.

As we started thinking about the project one of my colleagues showed me a picture of the cliffs of northeastern Scotland – it’s as if the earth and water had a long conversation and finally created this stunning shape. The design of V&A Dundee attempts to translate this geographical uniqueness into the building by creating an artificial cliff.
— Kengo Kuma

The exteriors and interiors of the building, however, may be enough to unite critics and supporters, given the architecture’s roots in Scotland’s natural and cultural history. Kengo Kuma and Associates have taken inspiration from the country’s dramatic cliff-formations, translating them into 2,500 precast concrete panels, each weighing up to two tonnes. Varying the size, shape, and placement of these panels results in a more organic façade that changes over the course of the day, casting shadows and reflecting light that is characteristic for this specific artificial cliff, much like its ancient sisters in northeastern Scotland.

Once inside, 8,500 square meters offer visitors a main hall, learning center, auditorium, temporary exhibition galleries, and the permanent Scottish Design galleries. The interior walls have a similar layered structure to the façade but shaped out of wood, as opposed to concrete. Included in the exhibition is the heavily-reported Oak Room reconstruction, originally designed by Scottish architect Charles Rennie Mackintosh, whose most famous work, the Glasgow School of Art, burned down this year for the second time.

Dundee was a city built on trade and the river played a vital role. The building acts like a gate through which the city can once again access the world.
— Kengo Kuma

This global connection that Dundee seeks has without a doubt been an integral part of the creation of the V&A Dundee. It is the result of a collaboration within the United Kingdom that will continue for at least another 25 years, but also between creative and ambitious groups across the world. In addition to the building being designed by a Japanese architecture firm, the formwork for the in-situ casting process was manufactured in five different locations. Furthermore, the work that went into conceiving the V&A Dundee doesn’t just span cultures and geographies; it also has an element of time, connecting the ancient cliffs that inspired the design to the contemporary digital manufacturing methods that were used, including digital mapping and 3D-modeling.

This modern interpretation of some of Scotland’s most beautiful natural forms is in some ways symbolic of what the V&A Dundee hopes to do for its city: finding a new identity in our modern, fast-paced world, while still trying to stay true to the original. 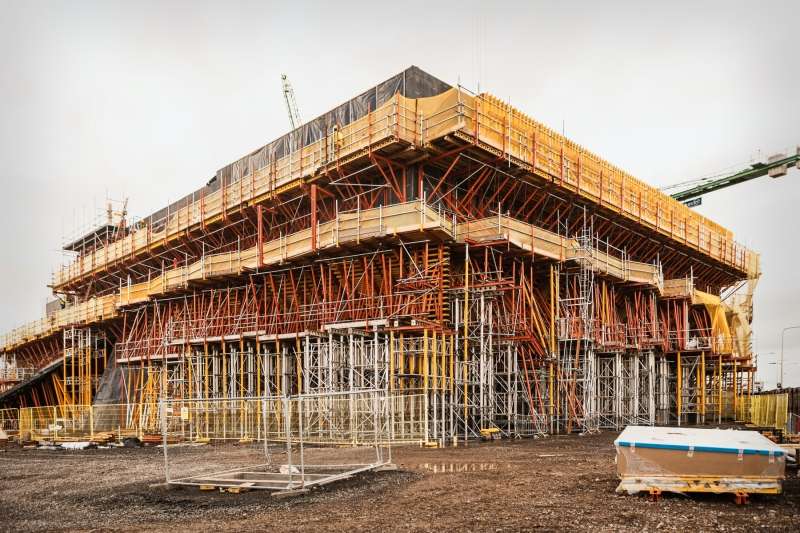 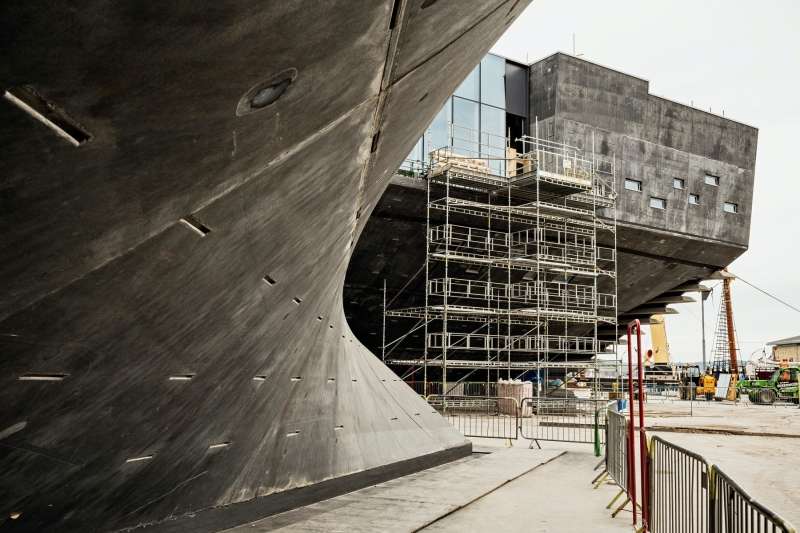 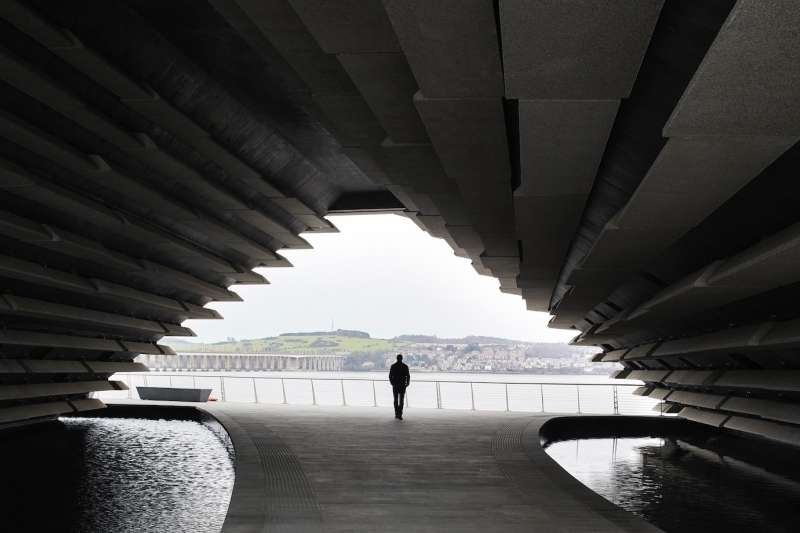 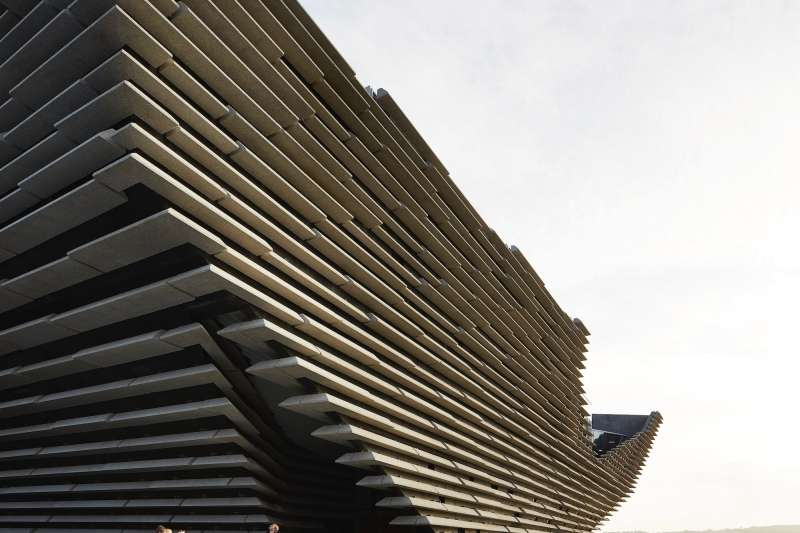 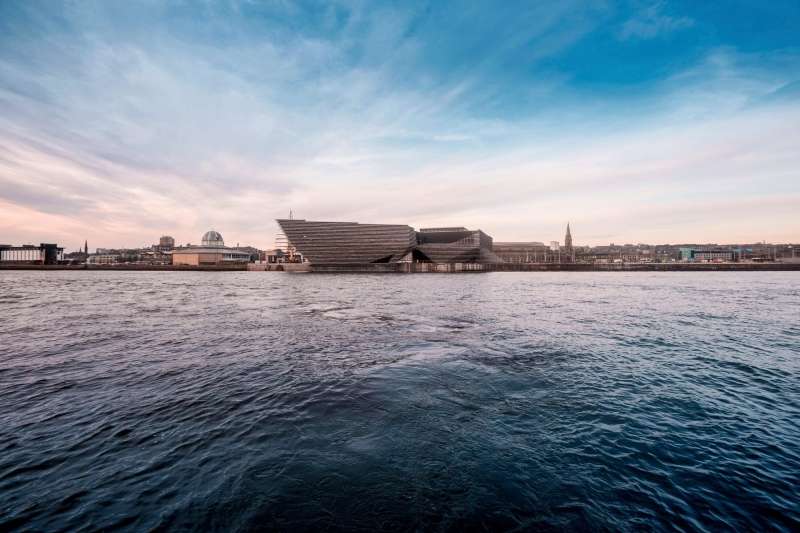 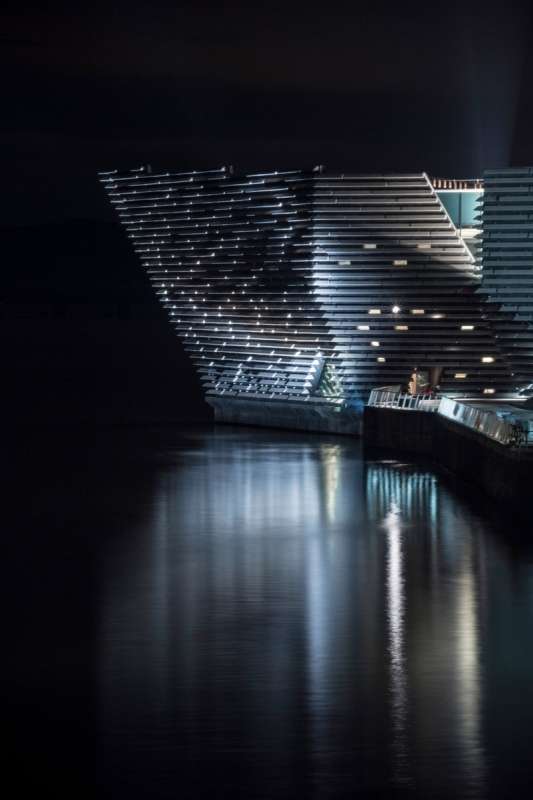 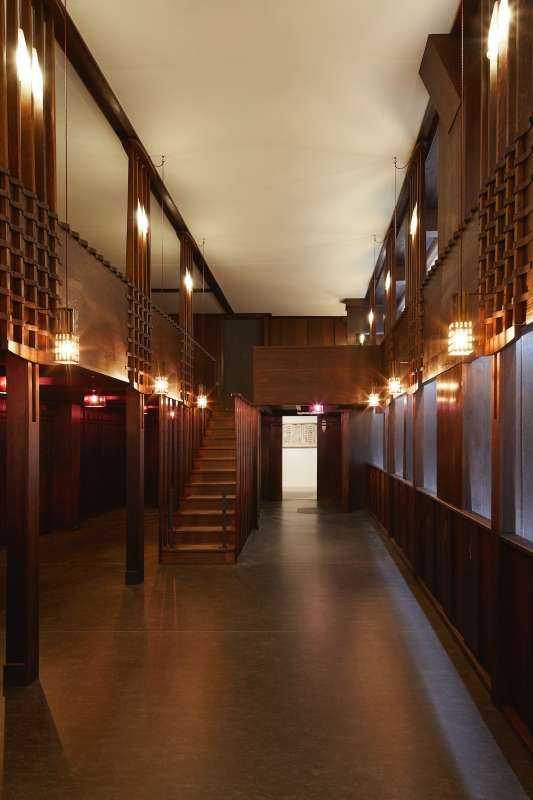