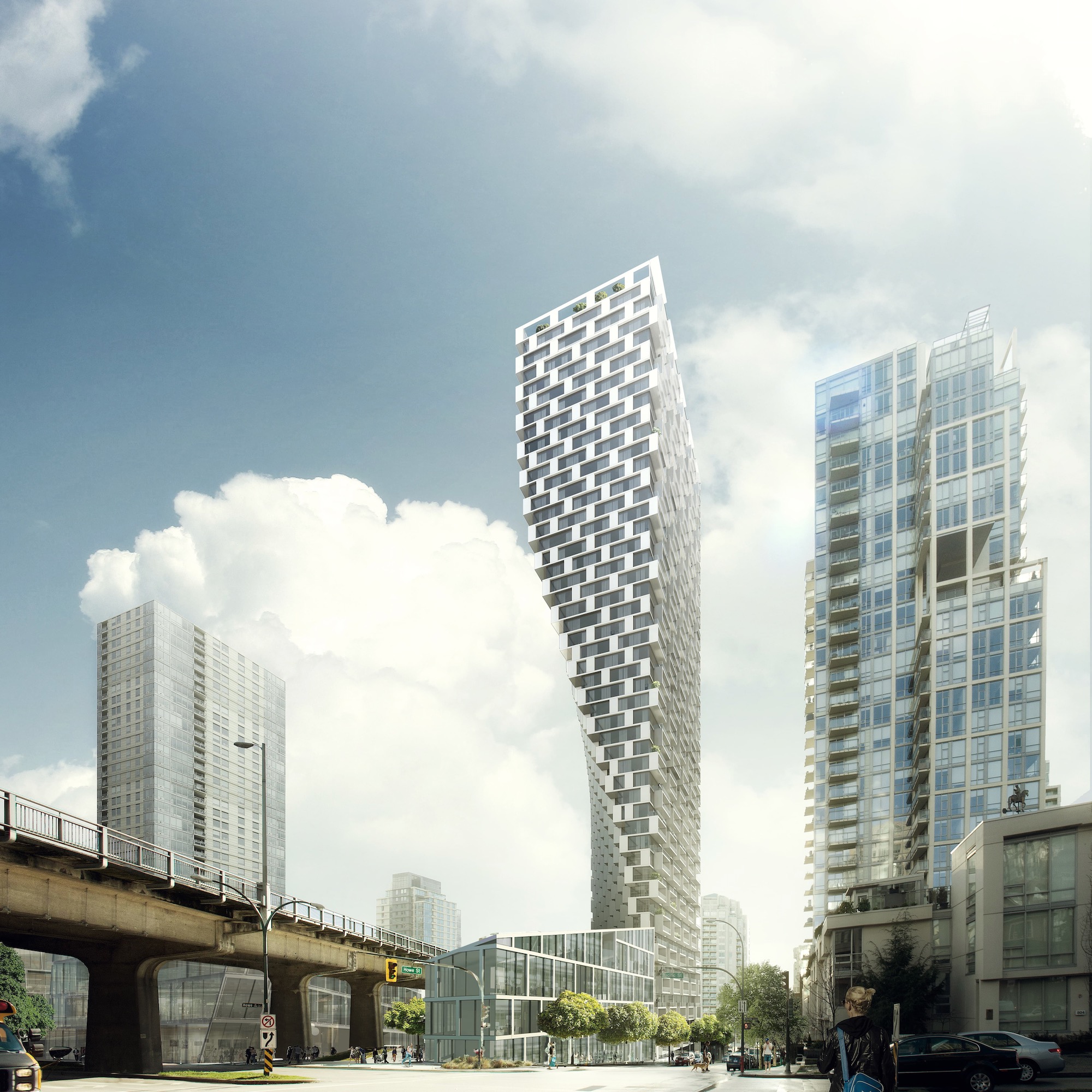 Vancouver is in the midst of an unprecedented building boom; the closest large North American city to the Asian continent has been the recipient of seemingly endless waves of immigration — and with it, a sudden arrival of foreign investors.

In turn, the city’s built environment has evolved rapidly, with prices of real estate currently outpacing those in New York, San Francisco, and London.

It comes as no surprise, then, that the city is attracting some of the world’s biggest names and best ideas in architecture. Recently, Herzog & de Meuron were announced as the architects of the new Vancouver Art Gallery. The University of British Columbia, based in the heart of Vancouver, is currently building one of the world’s tallest wood buildings. The city has become a hotbed for progressive urban design, with the capital to execute its vision.

Enter Bjarke Ingels and Vancouver House — now under construction adjacent to one of the city’s busiest thoroughfares, the Granville Bridge. Commissioned by developers Westbank Projects Corporation and designed in collaboration with Copenhagen and New York-based Bjarke Ingels Group (BIG) and Canadian firm Dialog, Vancouver House is the city’s first new residential towers to be designed by a “starchitect,” and one of BIG’s first built projects in Canada. Touted by the developer as the nation’s first “super-prime” real estate, defined by the owners as the “best high-design residences worldwide,” Vancouver House will be home to some of the city’s wealthiest residents.

True to its description, the tower is an architectural marvel. Challenged by one of Vancouver’s typically small and awkwardly shaped sites, the twisted tower skirts the edge of the Granville Bridge. Vancouver, surrounded on three sides by water and accessed primarily by bridge or boat, is home to a plethora of bridge-adjacent real estate that has remained largely untouched as developers focus their attention on the city’s downtown core. Vancouver House capitalizes on this circumstance, enjoying a rather harmonious relationship with the bridge despite the narrow triangular site. Rising 49 stories (150 meters) above ground, the building connects at ground level to a jagged series of podium buildings trisected by the Granville overpass.

Similar to his work on Via 57 West — known to New Yorkers as the “courtscraper” for its unorthodox courtyard-within-a-skyscraper model — Ingels has taken a standard tower, twisted it, and shaved a portion of the base to echo the curve of the bridge. The resulting effect is puzzling: a top-heavy tower with a narrow base. A clever response to Vancouver’s strict zoning ordinances, the shape ensures that no residential units overlook the motorway while providing a 30-meter allowance between the bridge and tower.

In keeping with Ingels’s common practice, none of the building’s residential units are alike. Each enjoys panoramic views of Vancouver’s English Bay, the nearby Rocky Mountains, and Pacific Ocean. Wrapped in a pixelated facade, the units feature expansive balconies and floor-to-ceiling windows. Interiors, also designed by BIG, promise to be minimal, lavish, and large enough to house the average-sized Canadian family, with four-bedroom penthouses housed on the building’s higher floors. Targeting LEED Platinum certification, the building will be one of the first residential towers in the world to meet the program’s highest level of sustainability.

Envisioned as an urban intervention, the developers hope Vancouver House will serve as a catalyst for the burgeoning district. The project belongs to an urban initiative led by the City of Vancouver and includes new public space and art programs beneath the bridge. Housing office and retail spaces on its lower floors, the building, and adjacent podium — conceived as a “village” — will play host to public events as a part of its mission to activate the site. 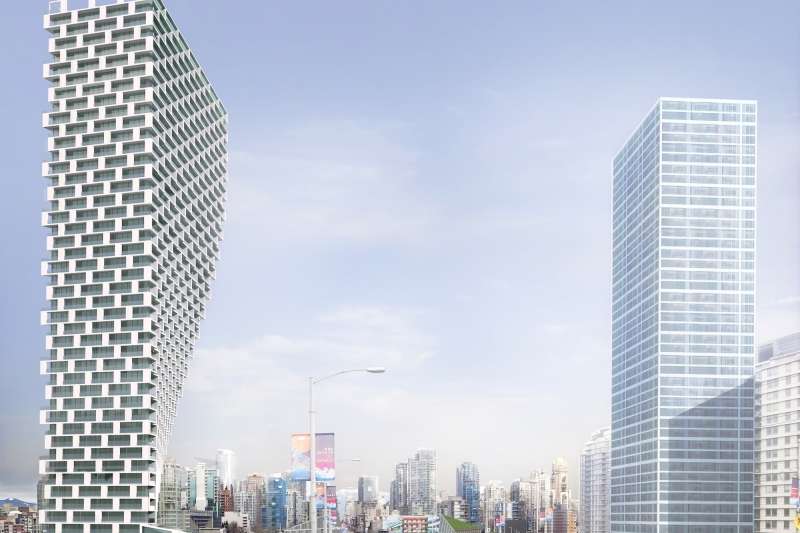 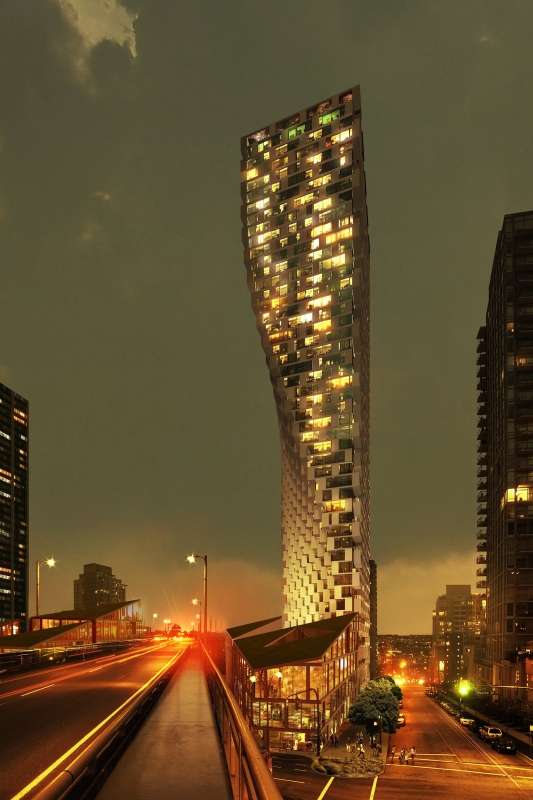 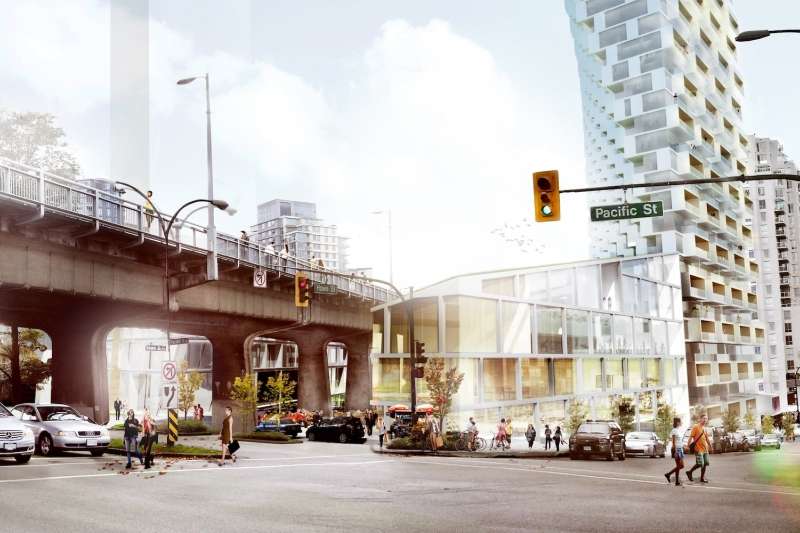 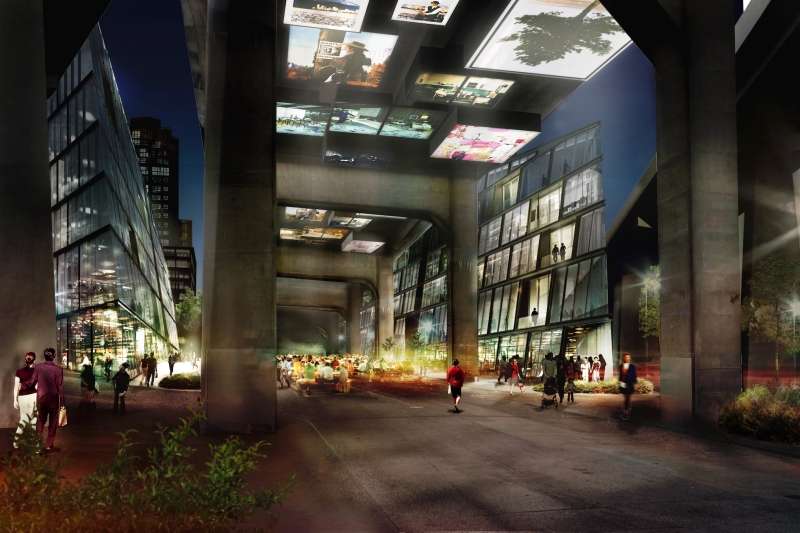 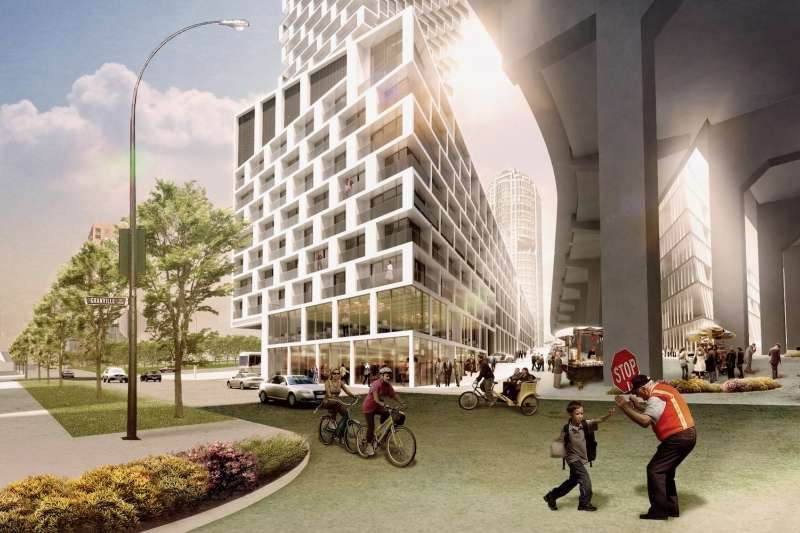 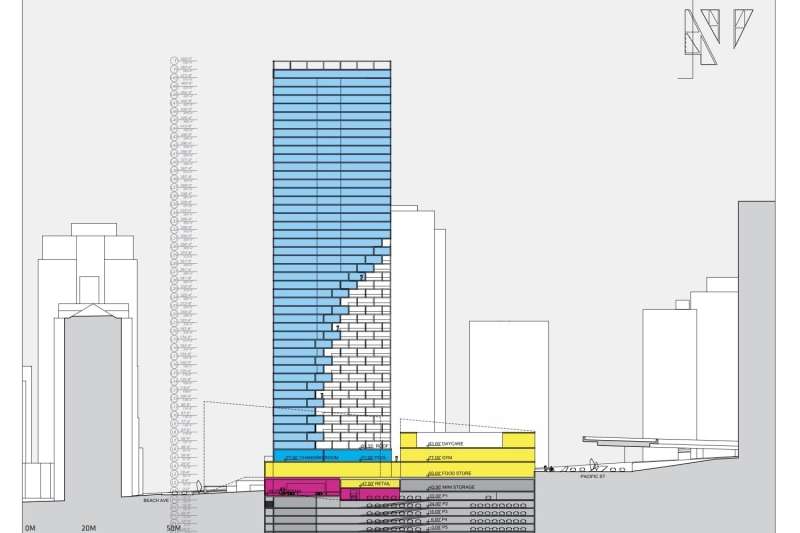 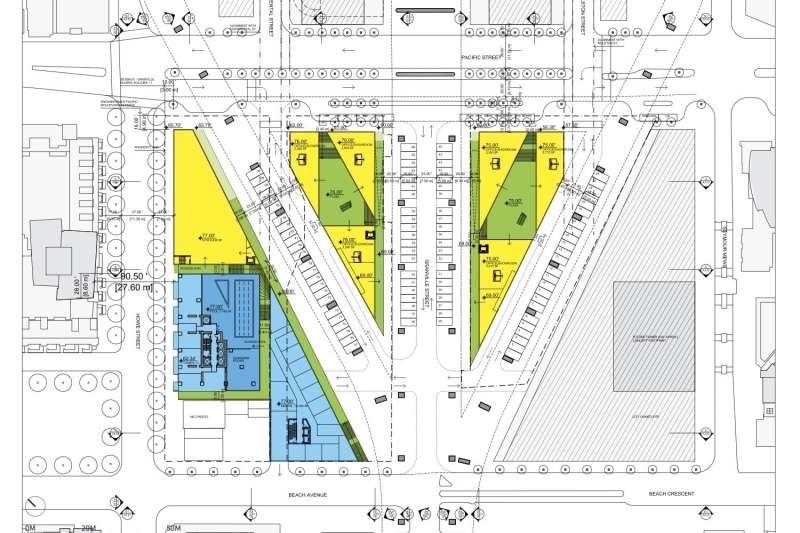 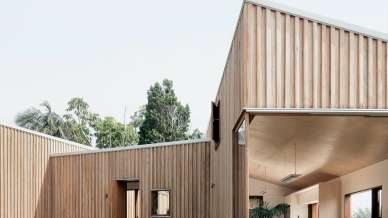