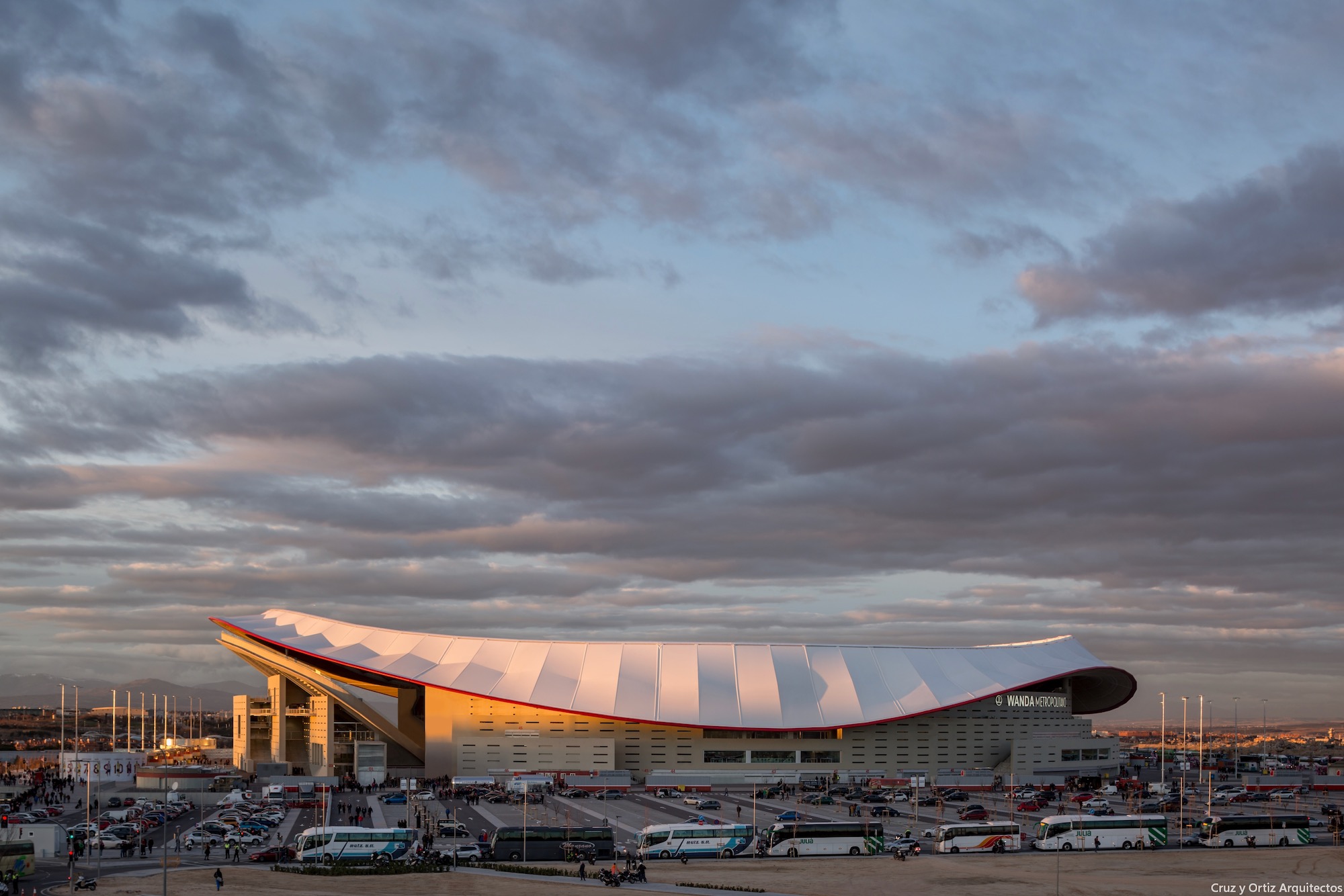 Opened in 2017, Wanda Metropolitano by Cruz y Ortiz Arquitectos provides a new stadium for Club Atlético de Madrid, expanding their previous facilities of the same site with the capacity to host 70,000 spectators.

One year from its opening, it was named ‘Best Stadium in the World’ by the World Football Summit, and was later host, in 2019, to the final game of the UEFA Champions League.

Like many contemporary stadia, Wanda Metropolitano sits on the urban periphery of Madrid. With no immediate built surroundings, it can be seen and entered from all sides. Its squat, homogeneous composition and sheer size inevitably create an imposing architecture. The building is composed of two elements: the hefty concrete bowl over which a light tensile roof seems to float, undulating to shelter the stands below. These elements are read entirely separately, almost working in opposition to one another – the bowl is bulky and awkward, while the roof soars elegantly above. It’s an interesting pair stylistically; one could almost assume that each part belonged to a different era, or could be attributed to a different architect.

Moving from the exterior to the interior, the circulation cuts through the underside of the seating, creating arcades below the colossal concrete structure of the bowl. One of the beauties of stadium architecture are these robust interior spaces, where the material reality of their epic structures are revealed. We intimately come into contact with the building’s engineering within the ‘guts’ of the stadium’s form.

Stadiums were created for, and remain, sites of ritualistic spectacle. As a spatial form, they gather people in a very particular way. Bodies occupy a looped, closed space, contributing to a seemingly endless homogeneous crowd. The bowl creates an isolated and fantastical experience — an event space removed from the surrounding environment, one in which we are entirely encapsulated. In Wanda Metropolitano a large central oculus hovers over the pitch, framing the heavens above and heightening the sporting spectacle to an almost religious experience. The massive elliptical ring is the most impressive element of the stadium, elegantly floating via a suspended double-traction ring and radiating cables.

The agenda behind the upgrade of the stadium is clear. A ‘Five-Star Stadium’ rating granted by UEFA (Union of European Football Associations) would allow Club Atletico de Madrid to host European competition finals, bringing global attention to the club and the city of Madrid. Stadium building is, inevitably, tethered to economic and political agendas. Stadium projects are displays of civic or national identity on a global stage – monuments that demonstrate progress, wealth, stability, success. Here, architecture is used as an iconographic tool, delivering recognizable forms that can be attributed to a particular nation, city or club.

As with Wanda Metropolitano, this often results in stadia with an almost graphic quality to their forms or facades, a branding strategy that can be instantly recognized through global media. As stated by the architects, the form sought ‘uniformity and homogeneity’ to ‘represent the new image of Club Atletico de Madrid.’ The massive roof form can be seen from kilometers away and is instantly recognized on television by its undulating doughnut shape. Lit up at night, the structure glows with the club’s color, illuminating its surroundings — an iconic red beacon on the periphery of Madrid. 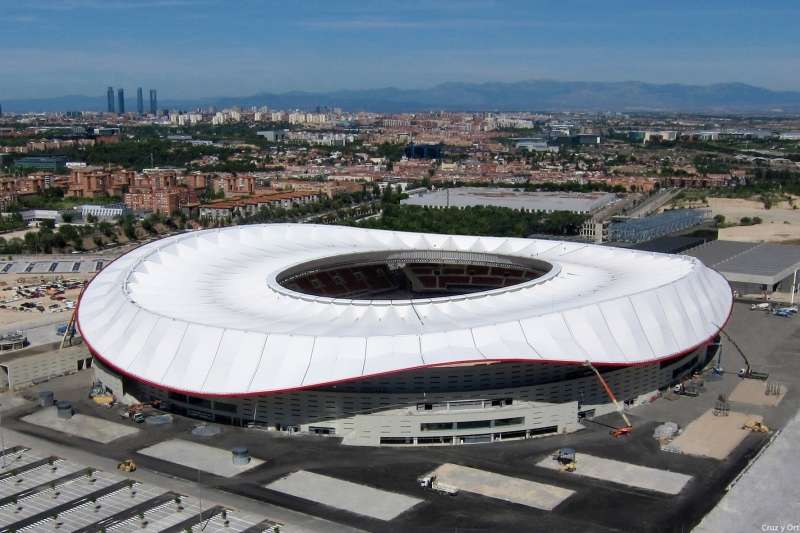 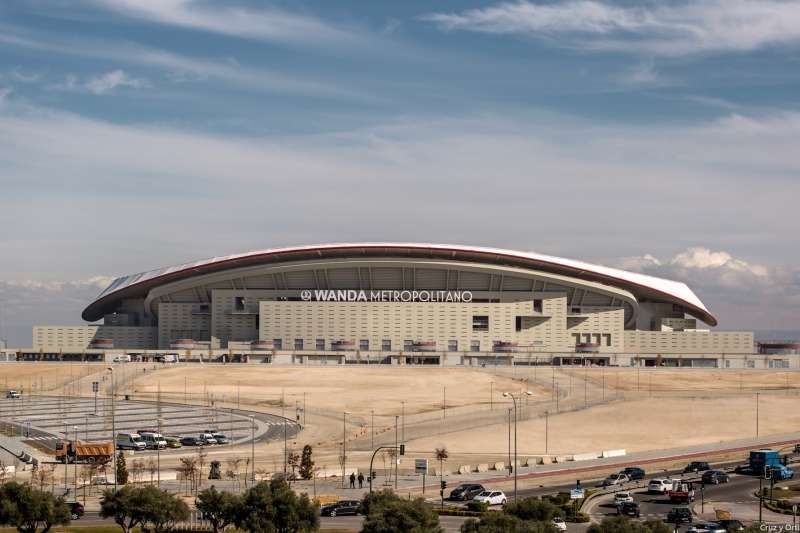 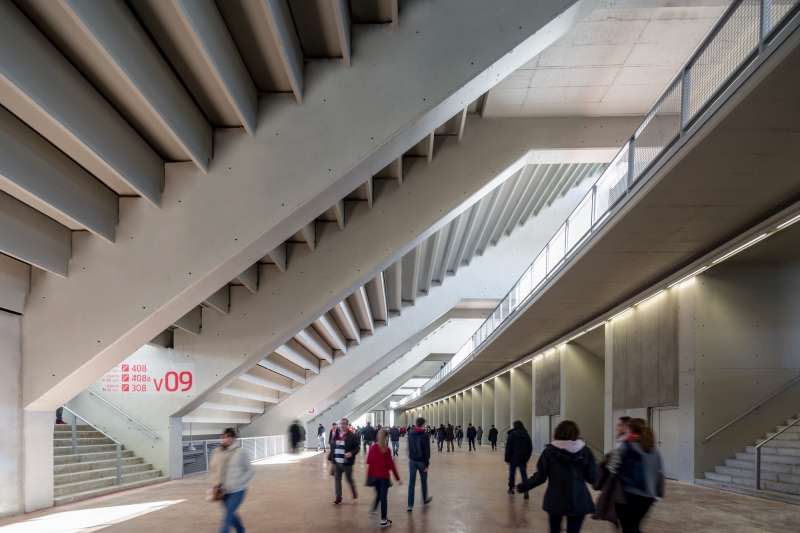 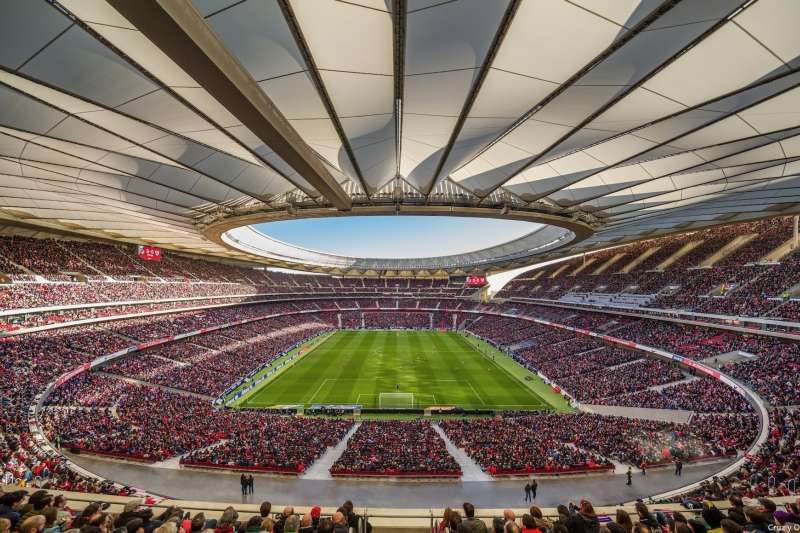 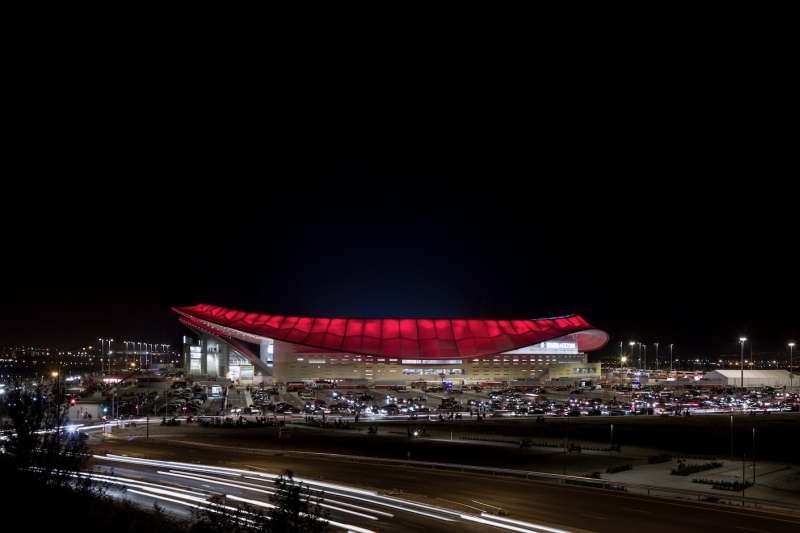 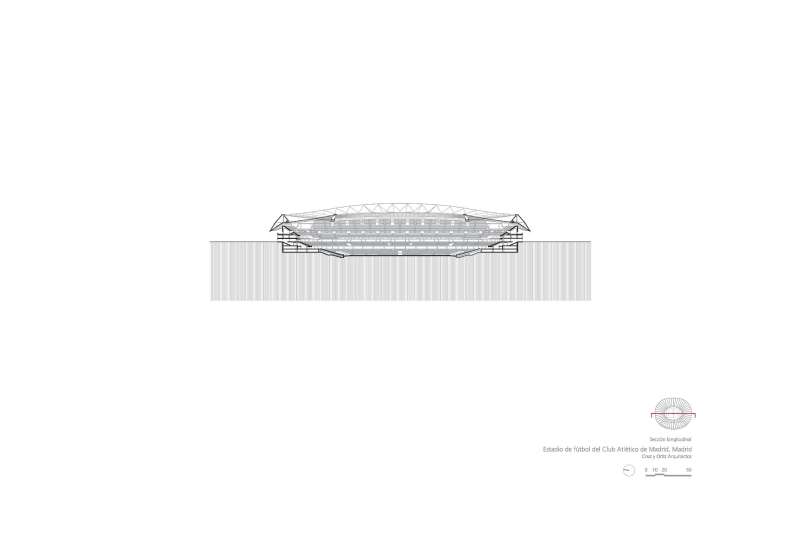 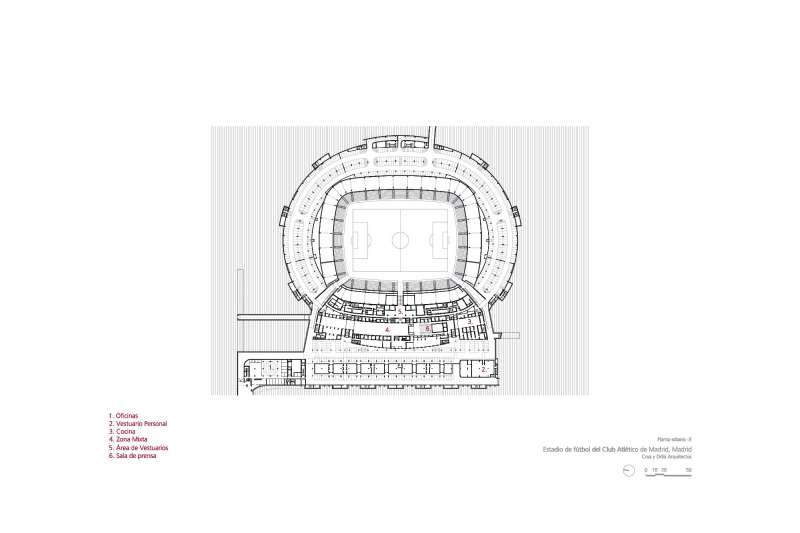