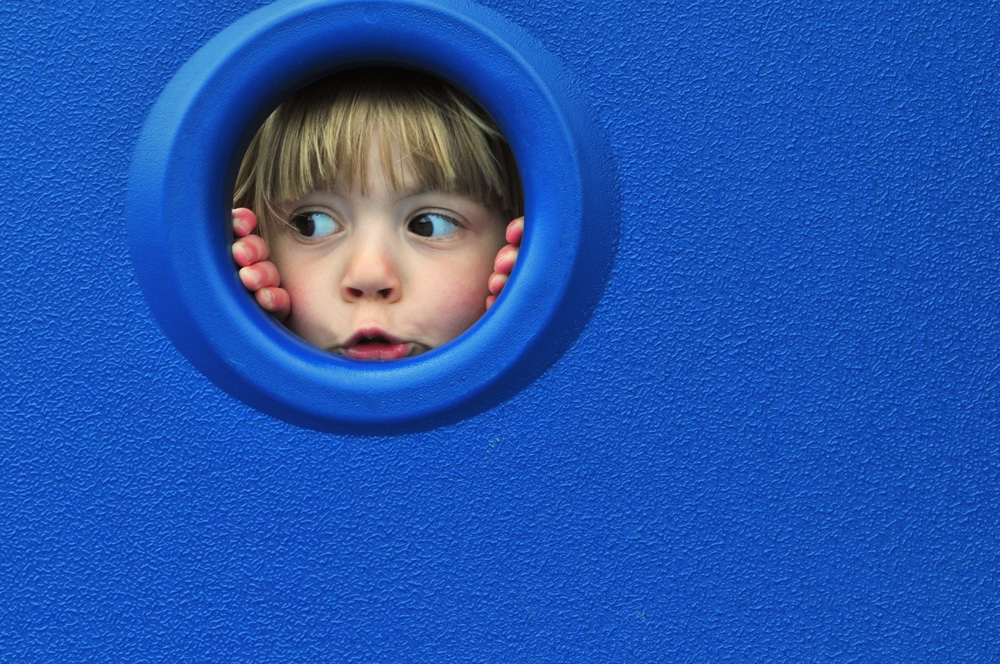 Danish Architecture Center is opening the world of architecture to an even broader audience with an exhibition full of sensory experiences about successful Danish building projects and liveability.

On February 7, Danish Architecture Center is opening the doors to a brand new and quite different exhibition on innovation in child-centric architecture and construction – Kids’ City. The exhibition has been created in collaboration with leading Danish architectural firms and shines a spotlight on how Copenhagen has achieved its status as one of the best places in the world to live as a child. Children who visit Kids’ City will find engaging play and learning at their own level, while the adult audience is invited to join in the play – or to explore the ideas behind kid-friendly urban development and construction in Denmark’s capital.

A City for Children is a City for Everyone

More and more families are choosing to stay with their children in the Danish capital Copenhagen rather than moving to the suburbs. Over the next 10 years, the population of 0- to 15-year-olds in Copenhagen is expected to grow by more than 18,000. And a ‘Best Countries Report’ out this January, conducted by US News & World Report and the Wharton School of the University of Pennsylvania, reveals that Denmark tops the list of best countries in the world for raising a child.

But what makes a destination or city a good place to live and spend time in? Is it good day-care options, super bikeways, harbor baths, pleasant plazas, fun playgrounds,  and beautiful towers? Is it being able to ride your bike to school and having easy and free access to a good hospital if you become ill?

Danish Architecture Center’s Spring exhibition “Kids’ City” takes a closer look at how a “good city” can be experienced by both children and adults. After all, a city that can accommodate the youngest members of our society can, in principle, accommodate everyone. It is all about creating a city that is accommodating and well-balanced, and about the development of the welfare state and community, making the city so much more than just buildings and cars.

Kids’ City starts with miniature versions of some of the landmarks that characterize our capital Copenhagen. The exhibition encourages fun and play in a sensory universe in the form of a village of giant chairs, upside down houses, squares and snake-shaped bike bridges. It also investigates what makes Copenhagen such an attractive city – so attractive, in fact, that other cities from around the world come here seeking inspiration. Danish Architecture Center’s new VP and COO, Dorthe Weinkouff Barsøe, says about the exhibition:

“Kids’ City is in line with our ambition to open the world of architecture to an even broader audience. It is a multi-faceted and active exhibition for the entire family, where we strive to make communication about architecture more accessible. We present new views of liveabilty and the framework for the good city life, interpreted in a way that makes sense to the local residents, including children, as well as to the increasing numbers of Danish and international tourists who visit Copenhagen with a growing interest in our lifestyle.”

The exhibition, Danish Architecture Center is expected to further emphasize positive trends from 2019, when Copenhageners as well as other Danish and international visitors happily embraced the new cultural offering on Copenhagen’s scenic waterfront and welcomed a record-breaking 200,000 visitors.

At Kids’ City, you can play, build and burn some energy while learning about the city’s shapes, figures, sounds and scales. The exhibition features some of the best installations and locations we know. For instance, you can slide down a miniature version of Bjarke Ingels’ CopenHill, explore scale with mini- and maxi-furniture in the tree house designed by COBE architectural studio, and monkey around on Adept’s flexible climbing frame. You can also explore Camp Adventure’s tower and listen to the city’s many sounds through earphones and try to guess where they come from. You can see how the city’s public spaces have developed and get a sneak preview of what Children’s Hospital Copenhagen, BørneRiget – a new hospital for children, adolescents and pregnant women – will look like. And you can set your inner urban planner free and help build our city in Minecraft, in LEGO or using pen and paper.

For adults, a visual band along the exhibition walls presents the ideas and thoughts behind the installations and areas created by several architectural and design studios, including COBE, 3XN, EFFEKT, ADEPT, BIG Architects, Dissing+Weitling and MONSTRUM. There are also a number of audio stories about what makes Copenhagen a special city for children and adults, and about the role children play in architecture and urban development – all told by Camilla van Deurs, Municipal Architect for the City of Copenhagen.

In other words, Kids’ City offers something for everyone – for those who live in the city and are curious to learn more about it, for those who are visiting the city for the first time, and of course for those who just want to play. 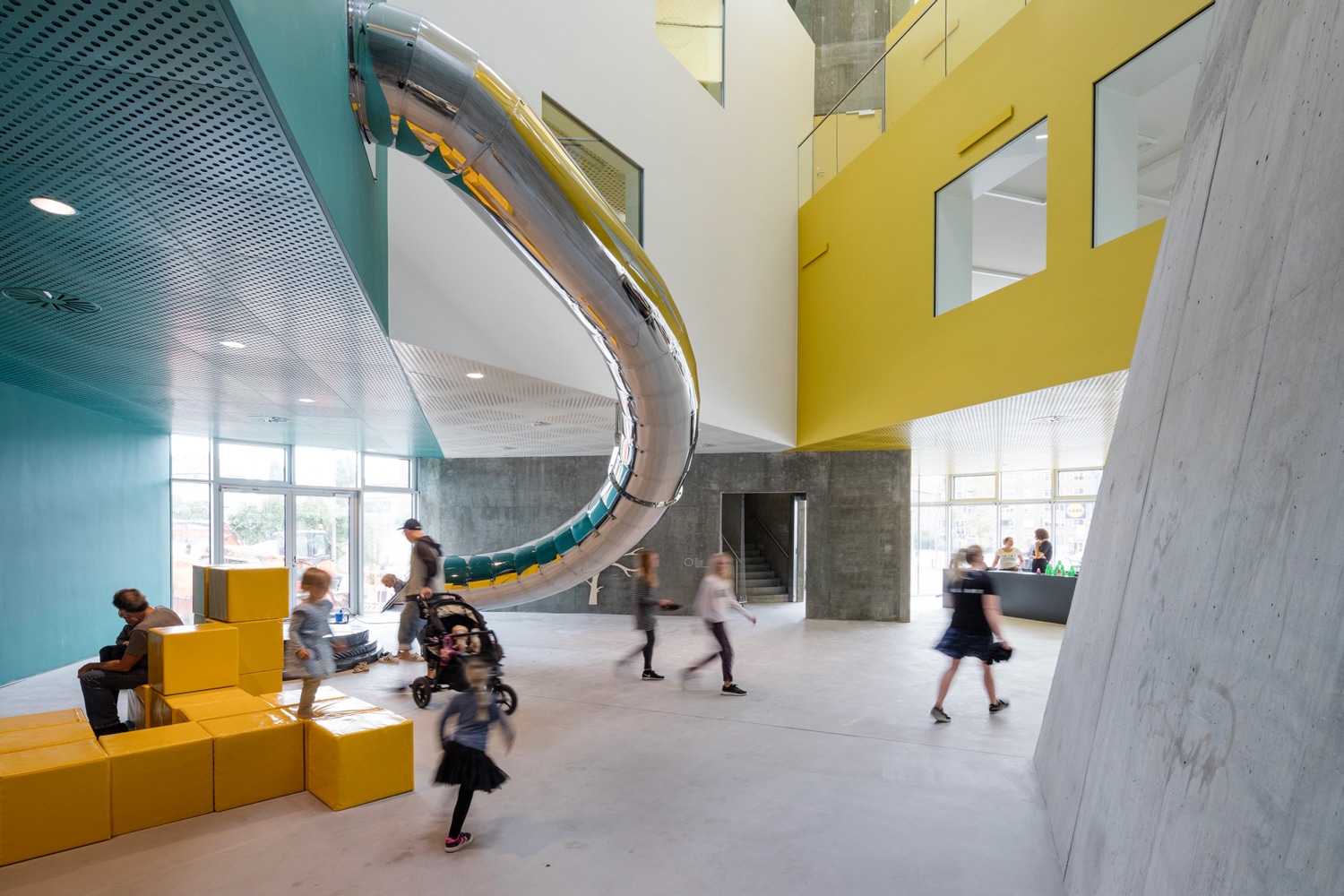 KU.BE. a house of culture and movement. An example of architecture for active play. Architects: ADEPT and MVRDV, 2016. Frederiksberg, Copenhagen. Photo: Adam Mørk.

Kids’ City opens during the winter break for Danish schoolchildren in the second week of February, but all spring DAC will be offering a range of special experiences for the young and the young at heart interested in taking a playful approach to the exciting world of architecture.

Kids’ City has been made possible by contributions from the following businesses, foundations and organizations: