Capture Your City – a city for everyone

– a city for everyone 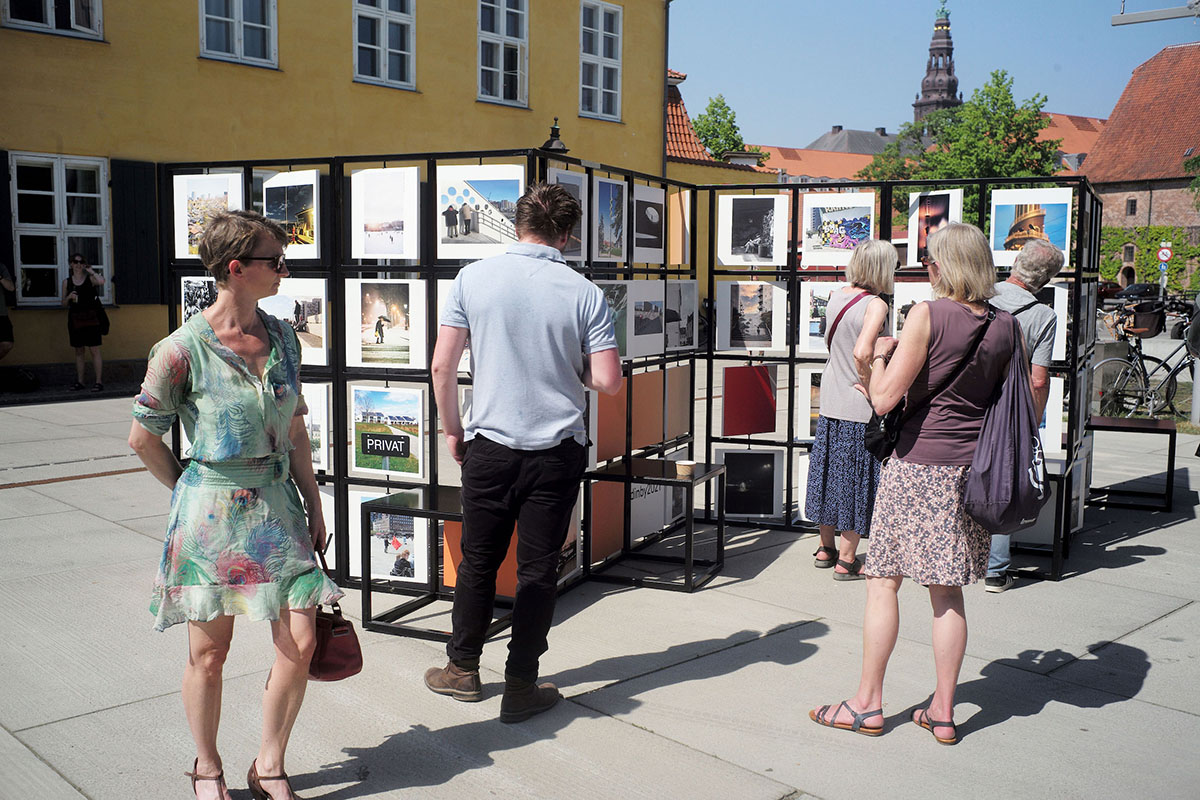 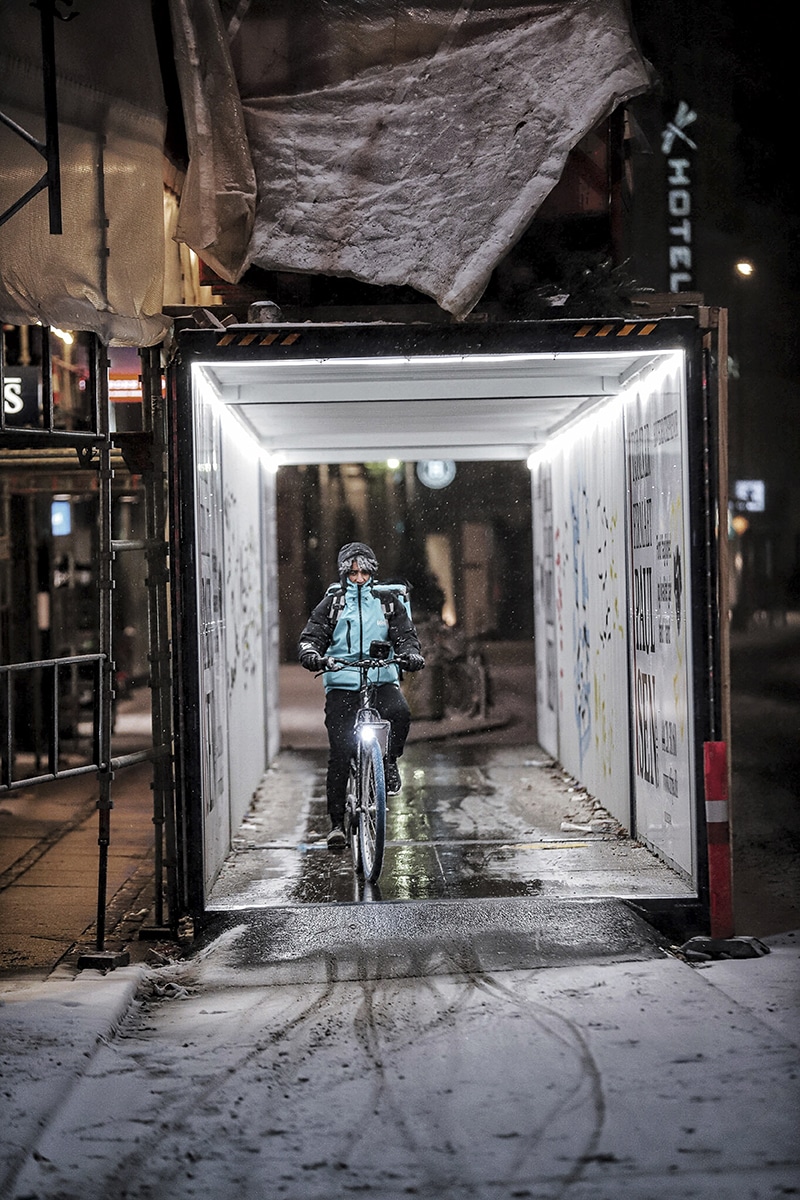 The jury says: The winning photo is a strong, socially aware and highly relevant photo! It perfectly captures the spirit of the times and illustrates how some people have to work hard so that others can live comfortably. The delivery worker brings people their dinner while others stay inside, safe from both rain and Covid. The container tunnel gives the delivery worker some shelter, but only for the moment the photograph lasts. The cold, gloomy colors give the photo weight and emphasize the social realism: the city is also a hierarchy. 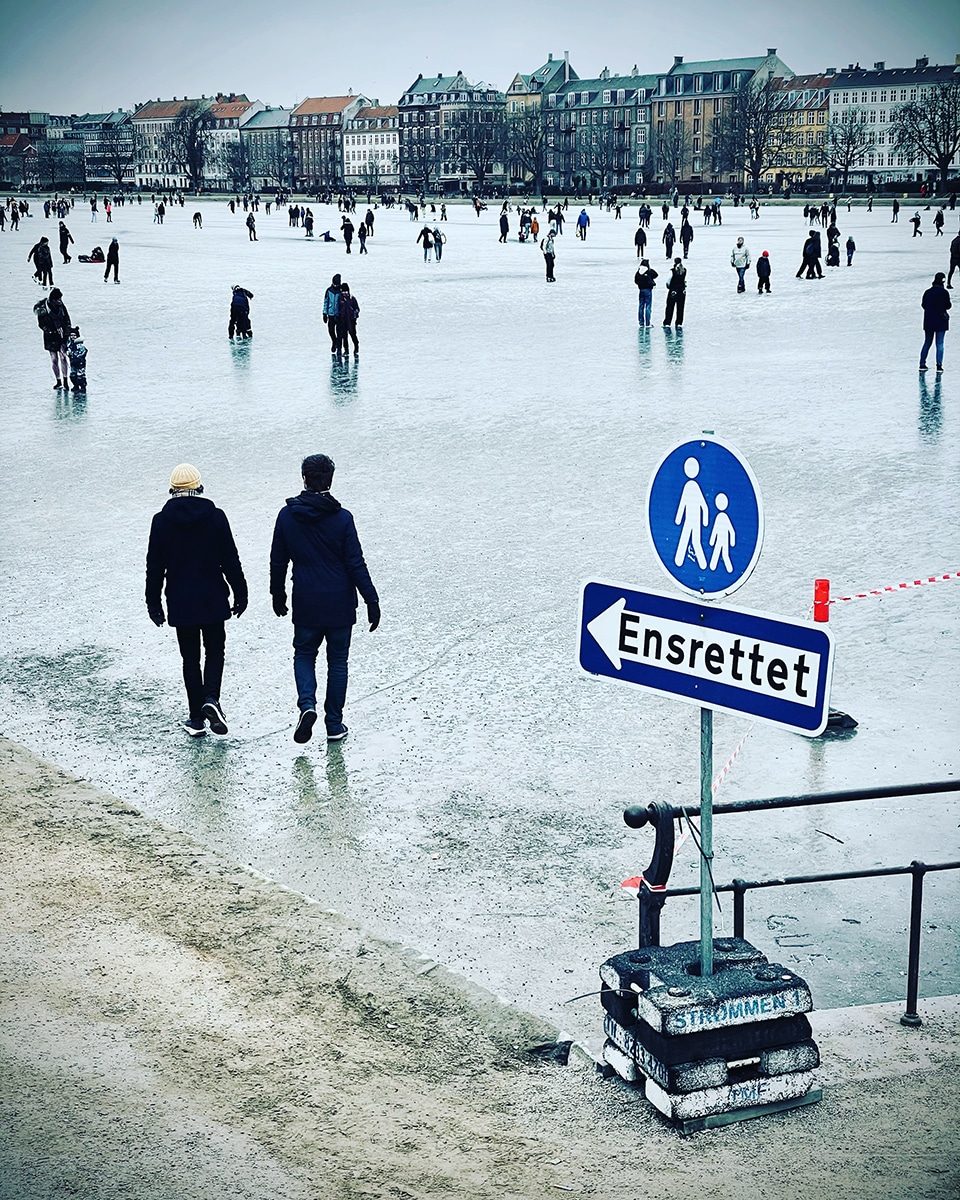 The jury says: This photo shows the use of Copenhagen’s lakes as a new, white and magical urban space that quickly transformed into a popular, bustling hub. It is a powerful snapshot of the Covid reality, because even though we finally had a cold enough winter to open up these new urban spaces, we weren’t allowed to make full use of them. The photo shows how the authorities try to create structure using signs, while the people move about freely – and that is what makes this photo particularly relevant to today’s reality. 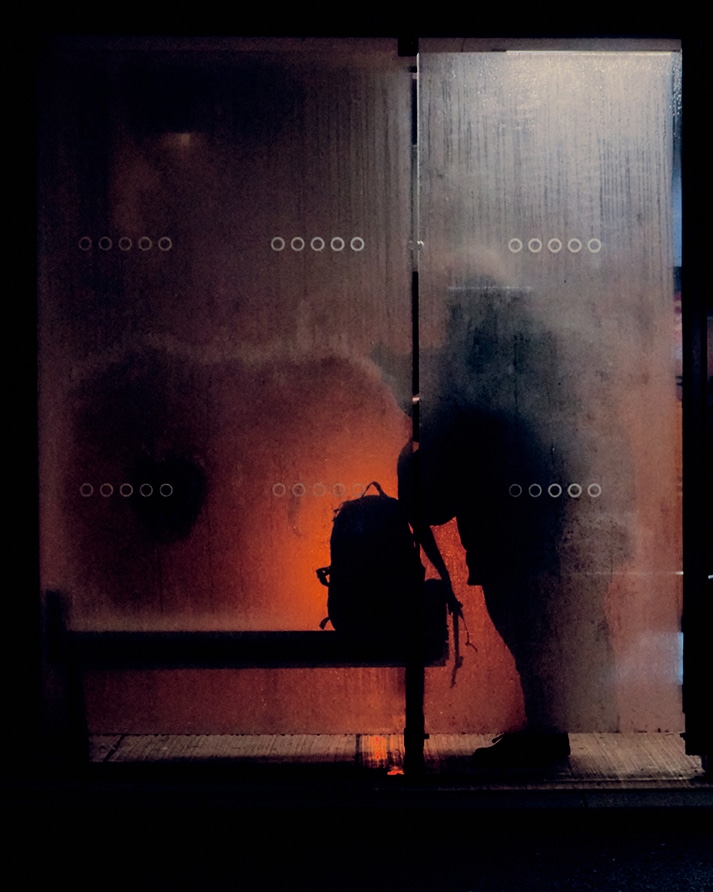 The jury says: This photo tells a clear story about everyday routines in the city, where people take the bus to work in all kinds of weather. The city is alive, even on early, rainy mornings. The motif is wet, weighty and weary, but also beautiful, with the bright red color striking a contrast to all the gray and adding a sense of mystery to daily life. For some people, the city is a recreational playground, for others it is the place where daily life begins and ends. 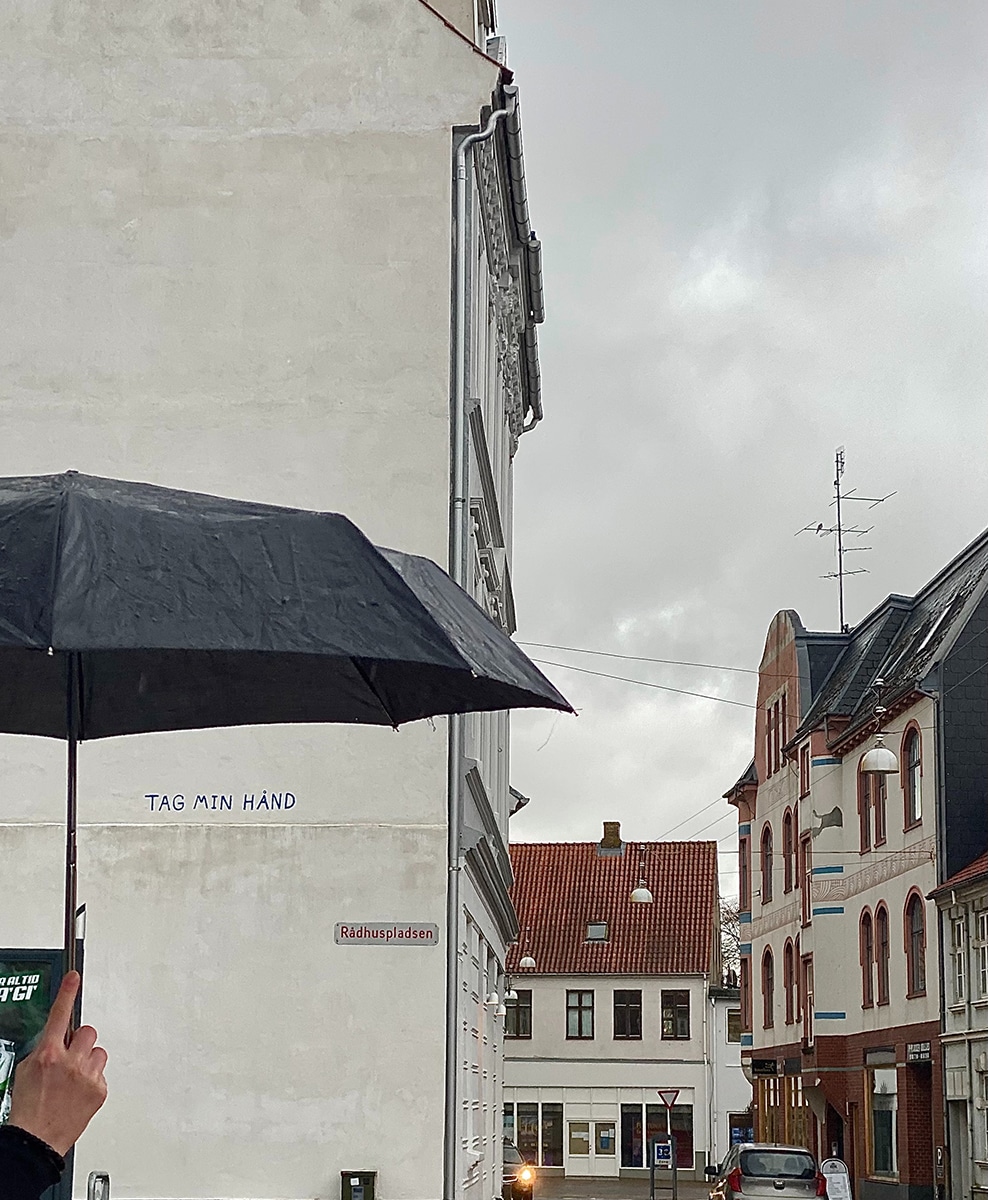 The jury says: A beautiful photograph that poetically captures our times. The photograph has a strong composition, with the hand on the umbrella and the writing on the wall: “Take my hand”. It expresses what we all miss and mustn’t seek out in these Covid times – the physical contact that the city has always guaranteed to provide – making this photo both relevant and poetic. What’s more, the way the umbrella breaks the lines adds excitement to the photo.

The jury says: This photo questions how we plan our cities to provide good conditions for everyone. Here, we move from asphalt to concrete, and a brand-new playground is situated between two busy roads. The motif of the boy alone on the playground instills a feeling of abandonment and loneliness in the midst of the gray concrete. At the same time, the photo is well-composed, with the boy’s red colors adding warmth to the concrete landscape. 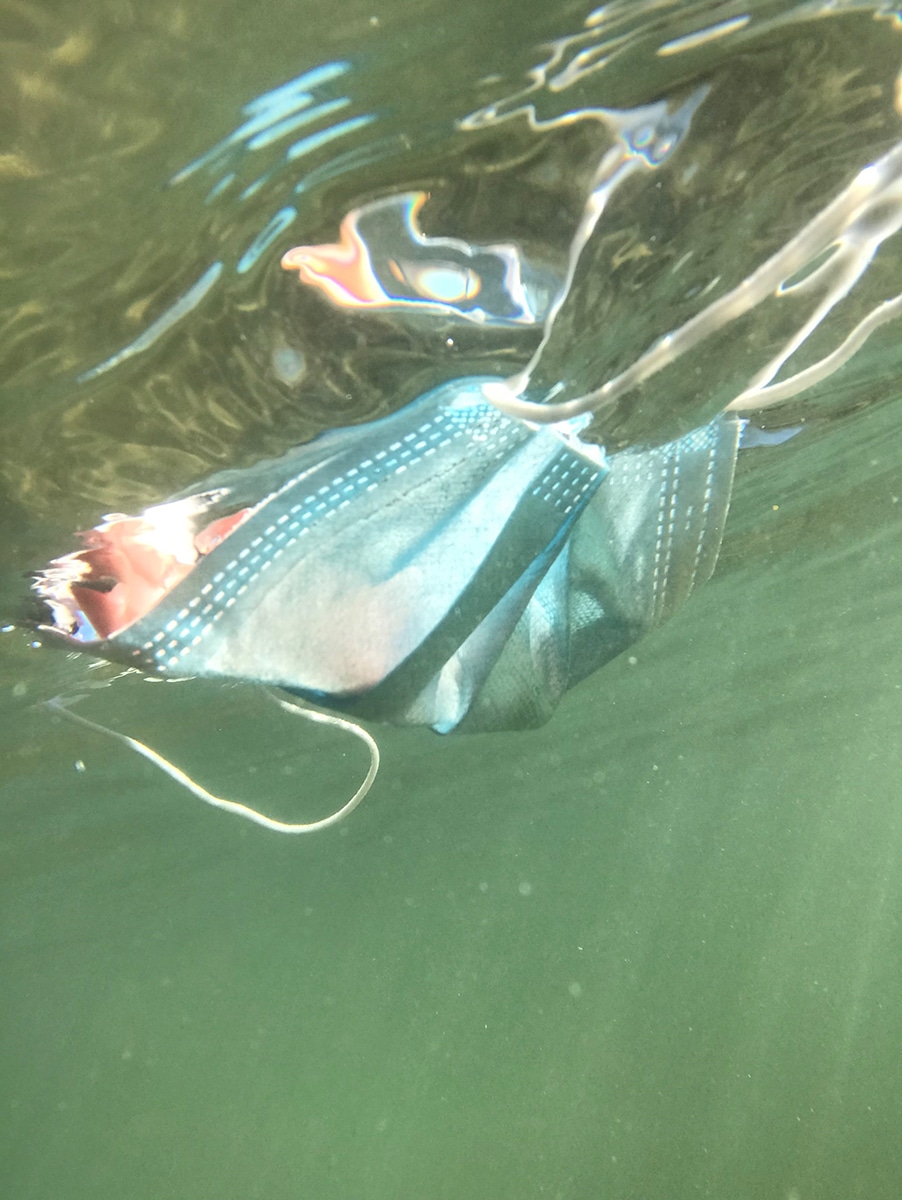 The jury says: This photo screams “2021”. There is a powerful social and climate-conscious commentary associated with all the disposable masks you find discarded around the city. In an extremely short period of time, it has become hard to picture the city without masked faces, and this has erected a new barrier to our social lives in the city. This is a visually strong photo, with lovely colors and components, unpleasant and beautiful at the same time.

As CEO of Copenhagen Photo Festival, Maja shines a spotlight on international art and documentary photography. To Maja, photography is important because it has become an everyday language that everyone responds to and uses.

Urbanist with a ph. d. in urban complexity and adviser to municipalities, housing organizations and others. Niels Bjørn has published the photo book “Life in China’s giant cities” and made the photo and film exhibition of the same name in DAC. Niels Bjørn has a background as a TV and film producer and currently hosts a podcast series called “Balladen om blokken” (Trouble on the Block) dealing with the issues of socially disadvantaged urban districts.

Street and architecture photographer, who for more than 10 years has photographed all sorts of motifs on the streets of Denmark. Former winner of the Capture Your City.

Terms and conditions for participation in the Capture Your City 2021 photo contest and subsequent exhibition.