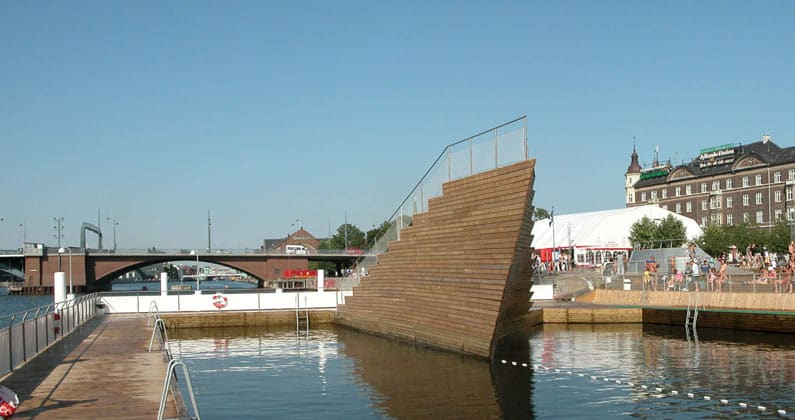 The partnership between the City of Copenhagen, the Danish Architecture Center and Realdania, shows a wide range of initiatives and projects which are helping to transform Copenhagen. The exhibition presented Copenhagen’s target of becoming the world’s first CO2neutral capital by 2025.

The capital is already well on its way to its target. The projects are evidence of this, and include: the revitalisation of former industrial areas and the development of new urban districts with innovative architecture, sustainable heating, and a well-integrated transport system.

By demonstrating sustainable solutions in Copenhagen, the exhibition served as inspiration for other cities.

The exhibition opened with a public debate September 24 17:00 at DogA. The debate addressed cities as drivers for sustainable development. Has sustainability been reduced to a convenient tool in the global competition between cities or is there a sincere wish to create sustainable cities for the common good? What can Norway and Denmark learn from each other, and what really matters when it comes to social, economic and environmental sustainable development?

Oslo Architecture Triennale (OAT) is the Nordic region’s biggest architecture festival, held every third year in Oslo. 2013’s Triennale marks the 5th edition, and is titled Behind the Green Door – Architecture and the desire for sustainability, which opened September 19. For the past year, the Belgian curators Rotor have collected over 600 objects, all carrying claims of sustainability, from over 200 architecture offices, companies and environmental organisations across the world.