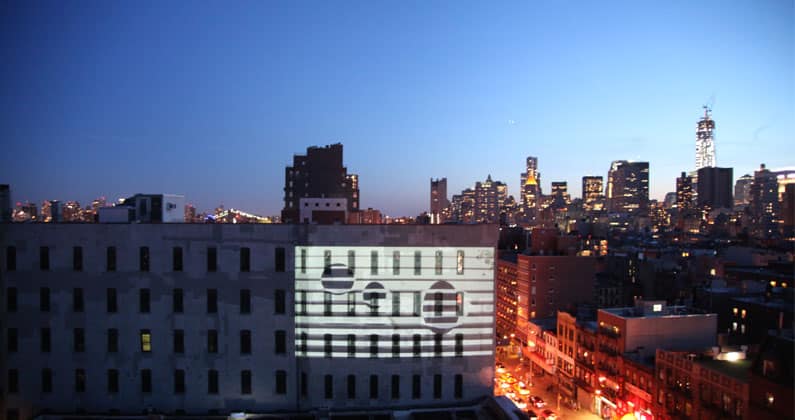 Digitally Disturbedhas been developed by the Danish Architecture Center in collaboration with Streaming Museum in New York. The exhibition has been curated in close discussion with Tanya Toft and Jacob Lillemose.

A digital exhibition project, which challenged the “disturbance” caused by digital technologies and generates new conditions for urban space, architecture and life in general.

Digital technologies play a major role in shaping and orchestrating our urban surroundings. The digital city witnesses new connections between art and architecture, and between everyday life, information and technology. The digital world merges with the analogue and releases new options for both our development and that of the city.

“Digitally Disturbed” was a digital exhibition project, which challenged the “disturbance” caused by digital technologies and generates new conditions for urban space, architecture and life in general. Works in the exhibition were part of the digital art and video installation project, Nordic Outbreak, which was launched in New York earlier this year year.

Works in the exhibition

The exhibition in the Danish Architecture Center consisted of a façade installation, digital projections and video installations created by eight Nordic artists, all of whom have various perspectives on space, perception and urban identity.

The works were distributed over several floors, both inside and outside the building, thus occupying all sorts of spaces and situations, in which visitors could interact with the works on various different terms.