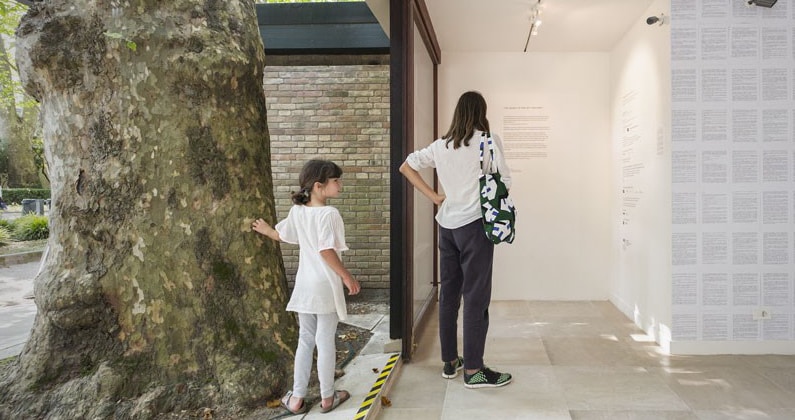 People met the smell of dirt, heard the sound of poetry and burried their toes in pine needles at the Danish pavilion at the 14th International Architecture Exhibition at the Venice Biennale in 2014.

The exhibition was curated by Stig L. Anderson who insists on a new sensuous and sustainable symbiosis between rationality and aesthetics – between architecture and nature.

It is a reflection on the fundamentals of the modern Danish society, which emerged in the mid19th Century: The short pocket of time after the collapse of Romanticism but before the heralded Danish welfare state fully emerged; where the poetic interaction between architecture, literature, art, nature and science liberated an unprecedented energy and a belief in a dynamic society hitherto unseen in Denmark and elsewhere.

“My ambition is to present the interrelationship of forgotten, repressed or underexposed parts of the dynamic Danish modernity. Not only in the history of architecture, but also in science, art and poetry.”

The exhibition Empowerment of aesthetics was shown at Danish Architecture Center from June to November 2014.