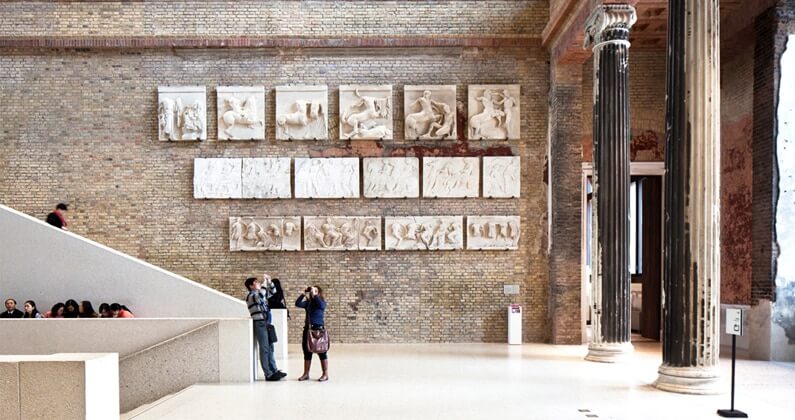 The exhibition at Danish Architecture Center as well as the associated exhibition about Mies van der Rohe was supported by Realdania.

In this exhibition, the audience could experience a string of the very best in European architecture in the sensuous exhibition “Europe’s best architecture” – European Union Prize for Contemporary Architecture-Mies van der Rohe Award 2011″ in the rustic exhibitions rooms of Danish Architecture Center. The exhibition showcased Zaha Hadid‘s impressive new museum in Rome, MAXXI Museum of XXI Century Arts, and the much talked-about Juvet Landscape Hotel in Norway by Jensen & Skodvin Arkitekter. In total, 45 spectacular and fascinating buildings erected in Europe between 2009 and 2011 was presented.

All are architecture projects that were in the running to receive the prestigious architecture award, Europe’s official architecture prize, awarded every other year. The prize in 2011 went to David Chipperfield Architects in co-operation with Julian Harrap for the renovation of Neues Museum in Berlin that naturally will get extra space at the exhibit together with Collage House by the Spanish architect duo Bosch + Capdeferro awarded the Emerging Architect Special Mention.

Among other spectacular projects worth mentioning is a tiny project La Trufa by Antón Garcia-Abril who constructed a cabin of earth that appears as a rock hewn in half and blends into nature in Costa Da Morte in Spain. Also Denmark was represented at the exhibition with the residential building the ‘8 House‘ by BIG as well as the concert hall of Jean Nouvel. The latter was among the six finalists for the award named after the great German architect Ludwig Mies Van der Rohe (1886-1969).

The exhibition has been seen by thousands of people in cities such as London, Paris, Vienna, Düseldorf and Brussels. Next up was Copenhagen, where the audience until 6 January 2013 could explore the distinctive trends that characterise international architecture right now.

In connection with the exhibit the audience could watch movies and photographs and get better acquainted with the great architect Mies van der Rohe and his famous Barcelona Pavilion.

Launched in 1987 and co-funded by the EU Culture Program and the Fundació Mies van der Rohe, the prize is the most prestigious award in European Architecture and is awarded every other year. The prize is 60,000 Euros and the Emerging Architect Special Mention is 20.000 Euros.