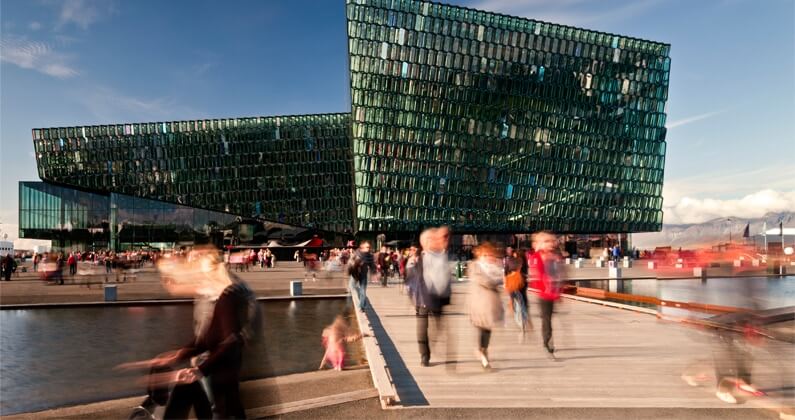 With the Mies van der Rohe-prize 2013, Harpa is the first building by Danish architects to receive the most prestigious accolade in European architecture.

Harpa could be experienced in the Danish Architecture Center, where architecture models and photos of the prize awarded building was exhibited from 14 May – 9 June 2013.

Harpa is situated in Reykjavik, Iceland, and was inaugurated in August 2011. Harpa forms part of large-scale development plan for the eastern harbour of Reykjavik. The 28.000 m2 concert hall comprises four music and conference halls and has brought together city and harbour.

“Harpa has captured the myth of a nation – Iceland – that has consciously acted in favour of a hybrid-cultural building during the middle of the ongoing Great Recession.

The iconic and transparent porous ‘quasi brick’ appears as an ever-changing play of colored light, promoting a dialogue between the city of Reykjavik and the building’s interior life. By giving an identity to a society long known for its sagas, through an interdisciplinary collaboration between Henning Larsen Architects and artist Olafur Eliasson, this project is an important message to the world and to the Icelandic people, fulfilling their long expected dream.”

The award is presented every other year. A total of 335 works of architecture from 37 European countries were nominated for the 2013 award. The winner was selected by an international jury.