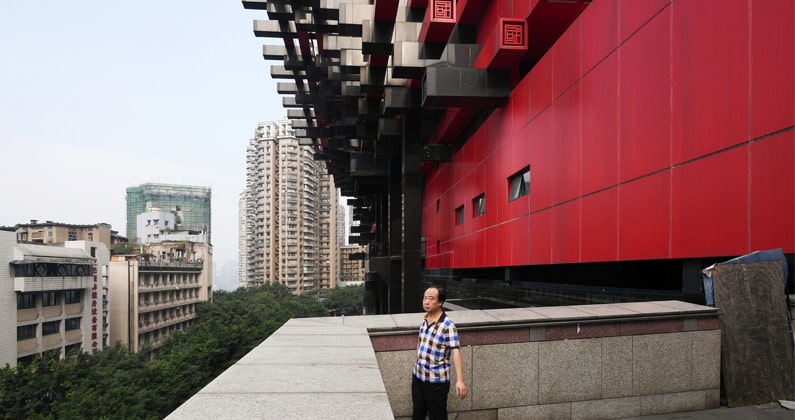 ‘Living in the Giant Cities of China” was developed and curated by Niels Bjørn in collaboration with Danish Architecture Center.

The project was supported by Realdania, Colorgruppen and FUJI film.

Visitors could join in on an eye opening journey across China and learn just how big the contrasts between the giant cities of China and the everyday life of their citizens on street level are.

In China, large cities are built in a heartbeat and already existing keeps growing to extents, which are nearly impossible to comprehend. The Chinese government just declared that Beijing will soon grow to merge together with two other cities to one giant city with the unbelievable number of 130 million citizens. And this is just one example. As the urbanization and urban development evolves, so does the air pollution – which leads to public health consequences.

How is it to live in the giant cities of China under such extreme conditions? How does the fact that everything is new, from buildings to infrastructure and neighbors, form the life for the ordinary Chinese citizen? Niels Bjørn, photographer and chairman at the Think Tank Urban, has visited five of the largest Chinese cities to document the everyday life of the ordinary human being in the middle of the chaotic city giants.

The exhibition invited you to see the world from the perspective of the ordinary Chinese citizen through video, photo, and audio from new as well as old Chinese urban areas, different neighborhoods, and the life at public squares and parks, which reflected and portrayed the activities and social behavior of the urbane Chinese people.

Niels Bjørn has been engaged in urban planning in China since 2007, where he went to Hong Kong for a research stay. Since then, he has been travelling across China with his camera to document the life in the cities of Chongqing, Guangzhou, Hongkong, Chengdu and Beijing. In regards to geography, climate, economic and political importance, these five cities differs and altogether, they told the story about the development of the giant cities of China and its consequences for the social life on street level.