Ove Arup
and the
Philosophy of
Total Design 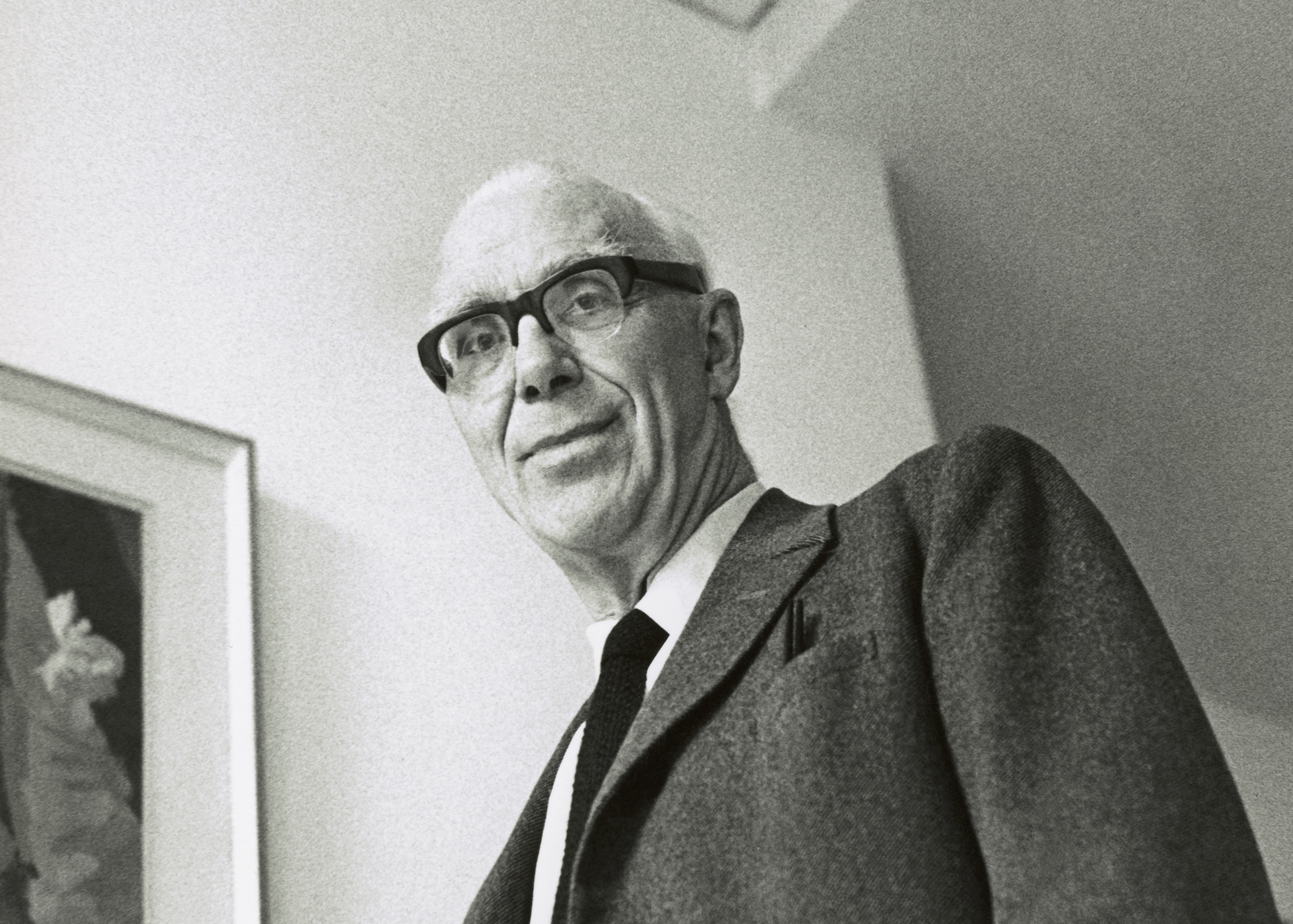 DAC’s Fall-Winter exhibition is a close-up of one of the greatest Danish pioneers of the 20th century in architecture and engineering: Ove Arup.

Many of us know the iconic Sydney Opera House and Centre Pompidou in Paris. But a few of us know one of the key figures behind. The Dane Ove Arup revolutionized architecture and the way that engineering is practiced today. He called his philosophy “Total Design” because he believed that great architecture is accomplished when technique, design and aesthetics unite. 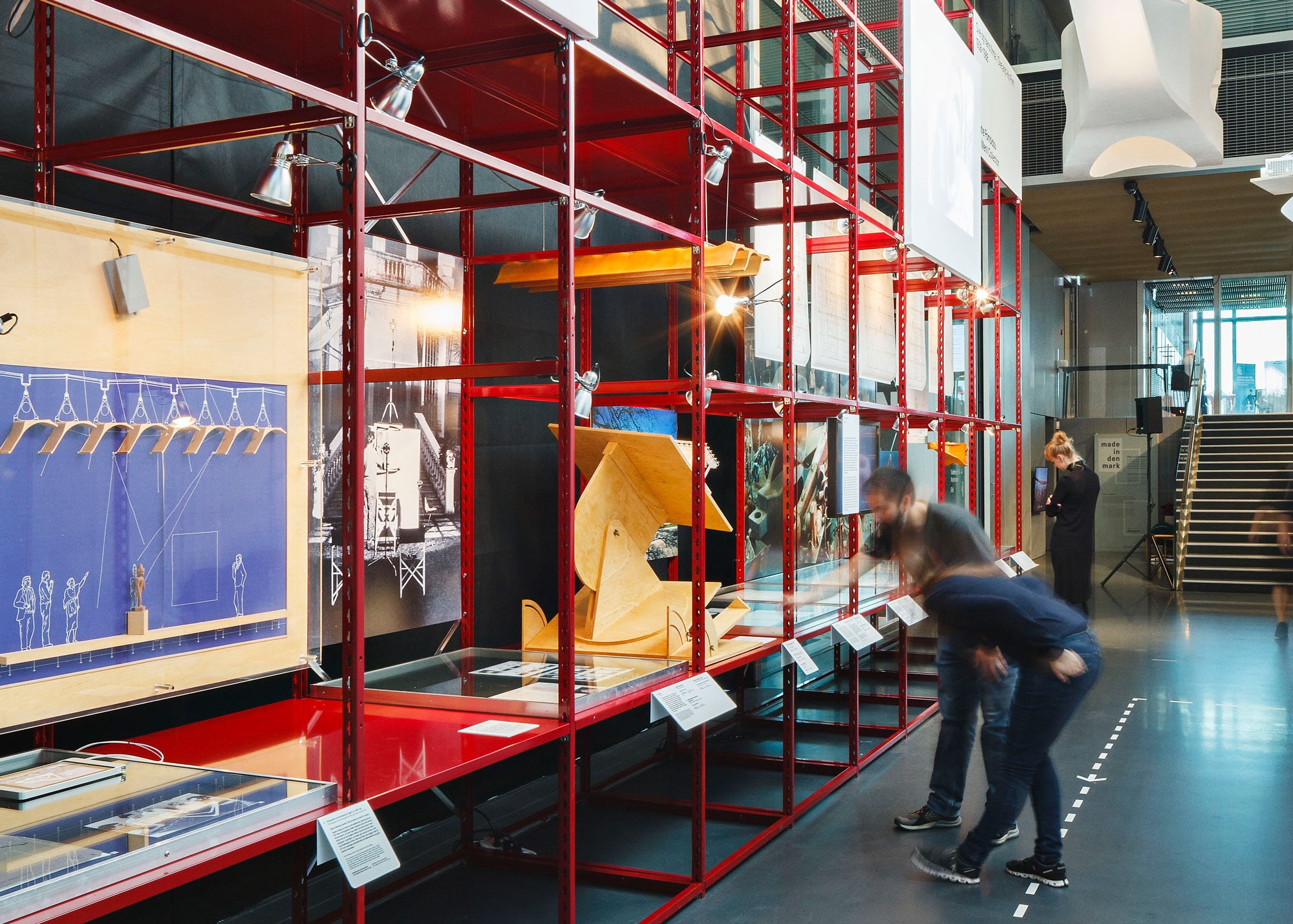 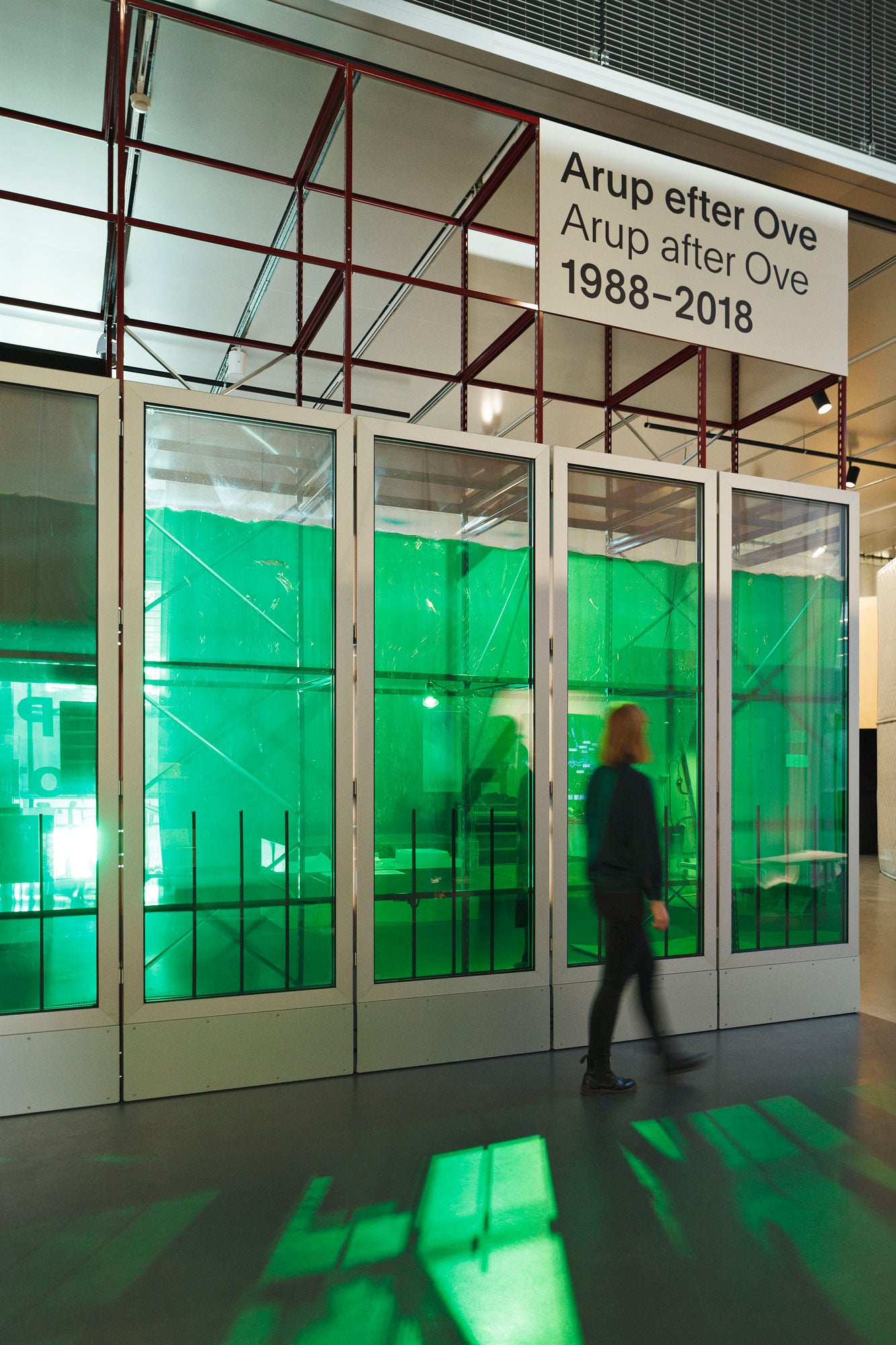 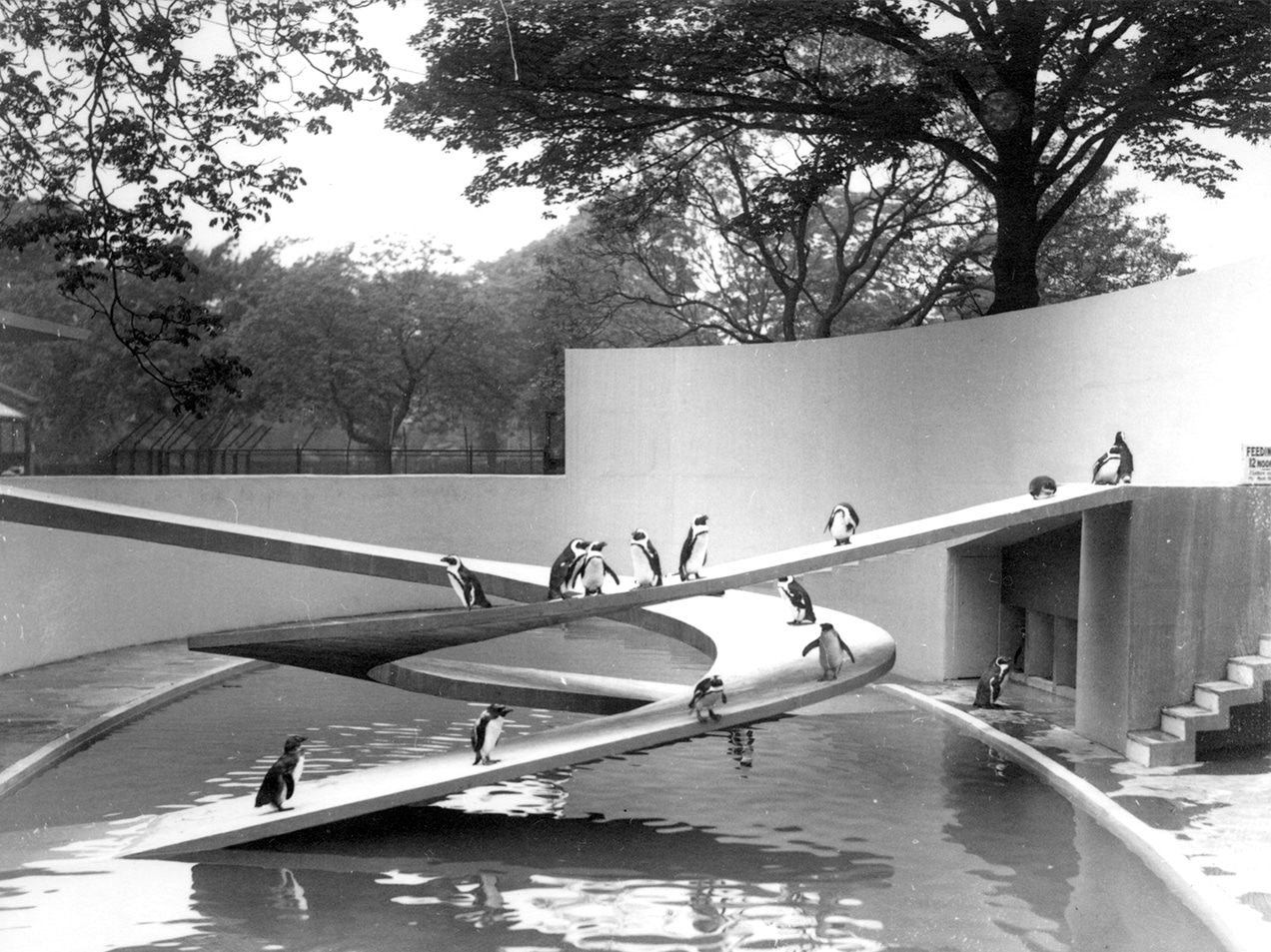 The penguin pool at London Zoo launched Ove’s career and is a remarkable example of the sculptural potentials of concrete. 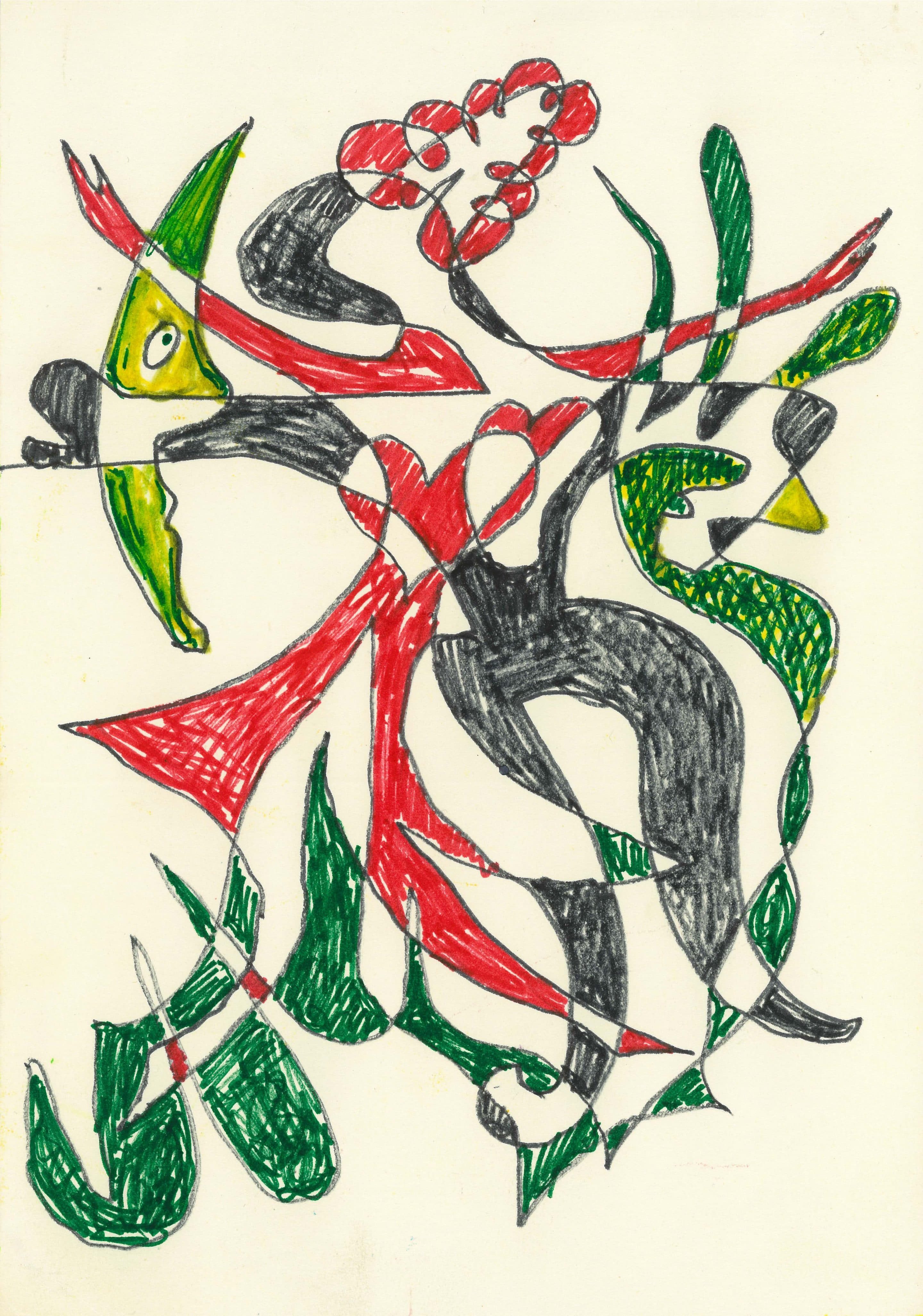 The exhibition displays a series of doodles, showing a creative, poetic and humorous side of the person Ove.

In the exhibition you’ll get a unique portrait of Ove Arup and a glimpse into some of his most prestigious projects. You are introduced to Ove’s work on Centre Pompidou in Paris and his pool for penguins in London. And you’ll get an exclusive close look at the Sydney Opera House and the gigantic computer which in the 1960s solved the design of the characteristic shell structure. With virtual reality you’ll even be able to take a seat on the opera’s rooftop.

And there’s more. The exhibition also tells the story of the global engineering and design firm ARUP (today employing more than 14000 people across 14 countries) started by Ove in 1946, and how is visionary approach to “Total Design” still shapes the firm today. You’ll look into the future and experience the newest and wildest technologies in architecture, e.g. the world’s first algae bio-reactive façade and an immersive sound lab that tells you what a wind farm really sounds like. It’s an impressive, bodily experience.

Sydney Opera House is uniquely positioned at Bennelong Point in Sydney Harbor. Here, the building can be seen from afar, adding to its status as the city’s icon and main tourist attraction. 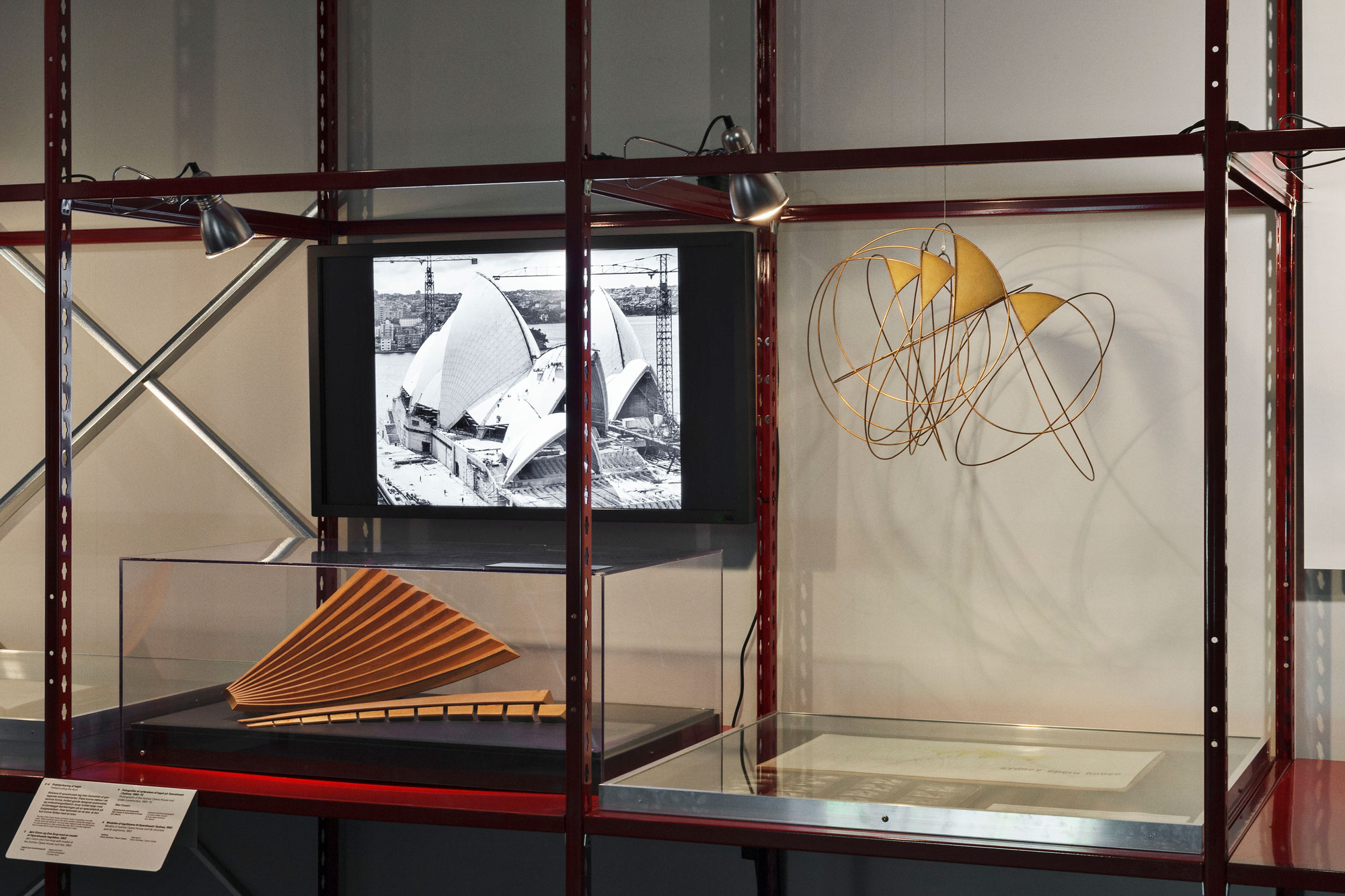 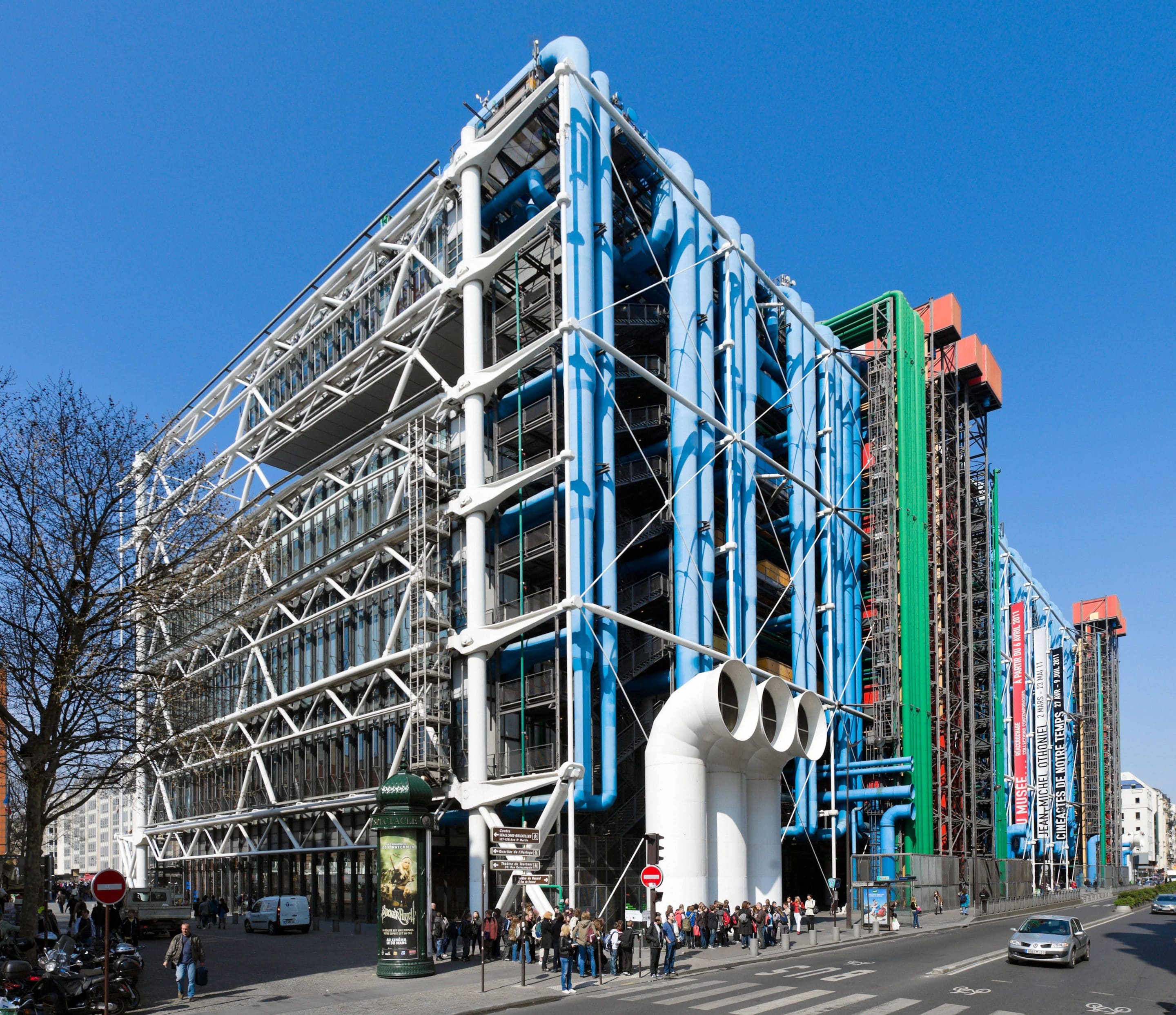 From the project’s earliest phases, Ove Arup & Partners were deeply involved in developing the iconic high-tech construction of Centre Pompidou.

Ove Arup and the Philosophy of Total Design is presented by the Danish Architecture Center in association with the Victoria and Albert Museum, London, and in consultation with curator Zofia Trafas White. The exhibition has been made possible through the cooperation of ARUP.

The exhibition is supported by Realdania and Knud Højgaards fond