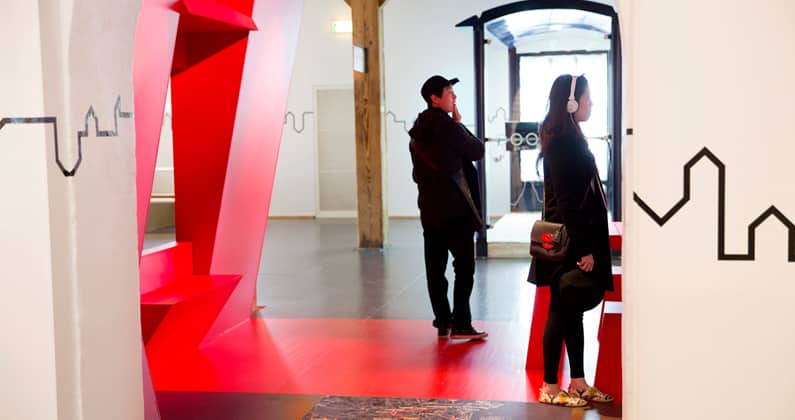 The exhibition was supported by Realdania,Metroselskabet, AFA JCDecaux and Juliana was collaborators in the exhibition.

The big exhibition in The Danish Architecture Center, “Reprogramming The City – Opportunities for Urban Infrastructure” was curated by urban strategist and writer Scott Burnham, who explores a new paradigm of urban creativity and resourcefulness.

Curated by urban strategist and writer Scott Burnham, “Reprogramming The City” explored a new paradigm of urban creativity and resourcefulness. Here, the hardware of the city was treated as a platform of opportunity, and infrastructure not as the end result of a previous creative process, but the beginning of a new one, creating better cities for people. The city holds a vast amount of untapped ability. The structures, surfaces, objects and systems that underpin its daily operations have the potential to do more: to perform an alternate function, to encourage human interaction or assume an entirely new role in the mechanism of the city. “Reprogramming The City” is an expanded version of the exhibition’s first appearance at the Boston Society of Architects BSA Space Gallery. The exhibition was shown at Danish Architecture Center from October 2014 to January 2015.