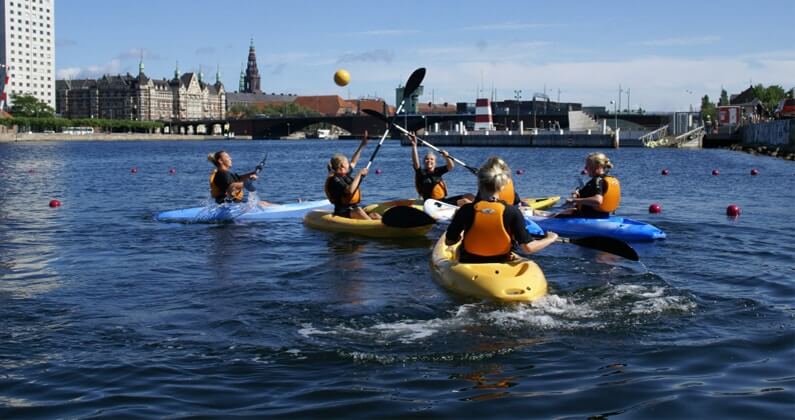 Your Harbour has been created by the Danish Architecture Center in association with the Museum of Copenhagen, the City of Copenhagen and Gehl Architects.

The project was supported by the A.P. Møller and wife Chastine Mc-Kinney Møllers Fond, Realdania and Nordea-fonden.

The exhibition “Your Harbour” at the Danish Architecture Center cast the spotlight on the rapid development of Copenhagen’s inner harbour. As it develops, the Harbour becomes an increasingly attractive, fascinating and open recreational area, providing the people of Copenhagen with a wonderful range of activities and experiences.

Around the Harbour is the new Sunday walk

Copenhagen Harbour is the city’s new, large-scale public space. The Inderhanvsbroen (Inner Harbour Bridge) and Cirkelbroen (Circle Bridge) has closed the last gaps in the route around the harbour. That means it is possible to take a Sunday walk around the Harbour.

From army and industry to cultural buildings and new opportunities

So Copenhagen Harbour has at last returned to the city and its citizens. A protracted historical development has gradually cleared the harbour of military installations, industry and trade; so today the harbour is primarily a cultural and recreational area with a wealth of untapped potential. Passionate enthusiasts, associations, businesses, foundations and the City of Copenhagen are all busy in their attempts to revitalise the harbour by creating new activities, bridges and buildings.

The harbour baths and other pioneering projects

Pioneering projects such as the harbour swimming baths, the Royal Danish Playhouse and Bryggebroen (the Quay Bridge) have led the way, and right now we are standing on the threshold of a whole new phase in the growth of the city. Urban life will extend from Strøget (the pedestrian shopping zone) to include the area around the harbour, thus creating a new, living, breathing waterfront.

The Danish Architecture Center wanted “Your Harbour” to give citizens and visitors to the city a real taste of the harbour’s development. We showed you how, over the years, the harbour has been a forum for industrial conflicts, cultural conflicts and duels between public and private operators, grassroots organisations and politicians, owners and users. We showed you how the transformation of the harbour has resulted from a complex alchemy of accident, planning and no-nonsense commerce. And we gave a voice to a whole range of people, who has been involved along the way.

Many plans and dreams were stillborn, while others saw the light of day, and there is still no shortage of ideas and visions to help shape the future development of the harbour. That is putting it mildly! “Your Harbour” gave you a chance to experience some of those. After all, the harbour is a product of the city and society and, not least, of all the people, who are committed to shaping its identity.