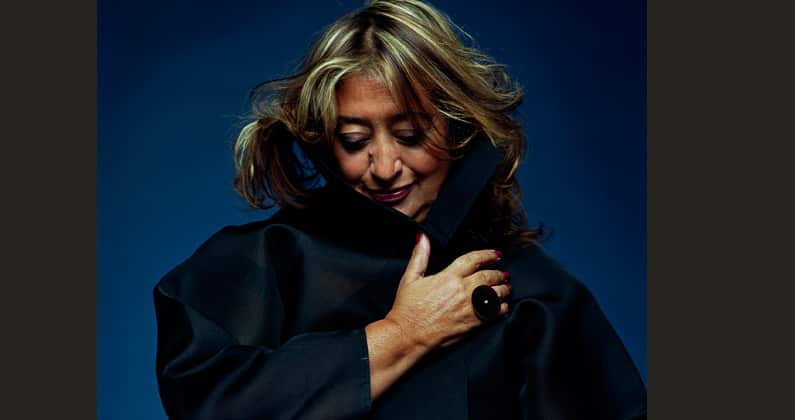 This exhibition at The Danish Architecture Center featured the work of the internationally acclaimed star architect Zaha Hadid in her first solo exhibition in Scandinavia.

The Iraqi-British architect Zaha Hadid is one of the most admired and discussed architects in the world. She also happens to be the only woman in the “premier league” of architecture, and the first female architect to receive the prestigious Pritzker Architecture Prize – “the Nobel Prize of architecture”.

For the past 30 years, Zaha Hadid has challenged the boundaries of architecture with her sensual, expressive architectural language which has become an icon for our vision of the global architecture of tomorrow. Examples of her work include: the MAXXI Museum of Contemporary Art in Rome (2010), Guangzhou Opera House (2010), the BMW Central Building in Leipzig (2005), London Aquatic Center (2012) and, in Denmark, the extension to the museum Ordrupgaard (2005), situated north of Copenhagen.

For this major exhibition at the Danish Architecture Center, Zaha Hadid Architects created an extraordinary exhibition experience. The audience entered a world of towers, floating shells, selected projects and designer objects. Everything was presented in a borderless scenic universe, showing how Zaha Hadid’s spectacular buildings and designs arise out of a progressive digital and geometric universe.

The exhibition at the Danish Architecture Center was Zaha Hadid’s first solo exhibition in Scandinavia and thus it was the first time that a Danish audience were invited into her universe.