Experimental living in a new neighborhood of affordable housing where private residences and community go hand in hand.

The flourishing pixie gardens at Sundholm Syd are both charming and a great excuse to get to know your neighbour. The housing project, which has a focus on sustainability and biodiversity, consists of six three- and four-storey-high structures. They are built in industrial, prefabricated, low-energy modules, which are placed almost freely on the ground, offset from each other.

The square, box-like buildings are clad in fluted steel, crude and rusty aluminium and untreated wood, which may sound modern and cold, but in fact renders them surprisingly warm and welcoming. With large windows, balconies and flexible shutters that double as partitions, the apartments are both private and have a communal feel. Adding to that, Sundholm Syd is immediately adjacent to The Factory of Art & Design  foundation – or Fabrikken for Kunst og Design – a large, creative production centre of more than 50 artist’s studios.

The area has been transformed from a monotonous, exposed district into a more welcoming residential area that attracts residents who would not have considered living here just a few years earlier. Sundholm Syd is part of the so-called AlmenBolig+ trial concept, which provides social housing at a reasonable rent in exchange for the residents being partly responsible for cleaning, fixing and maintaining the building themselves. 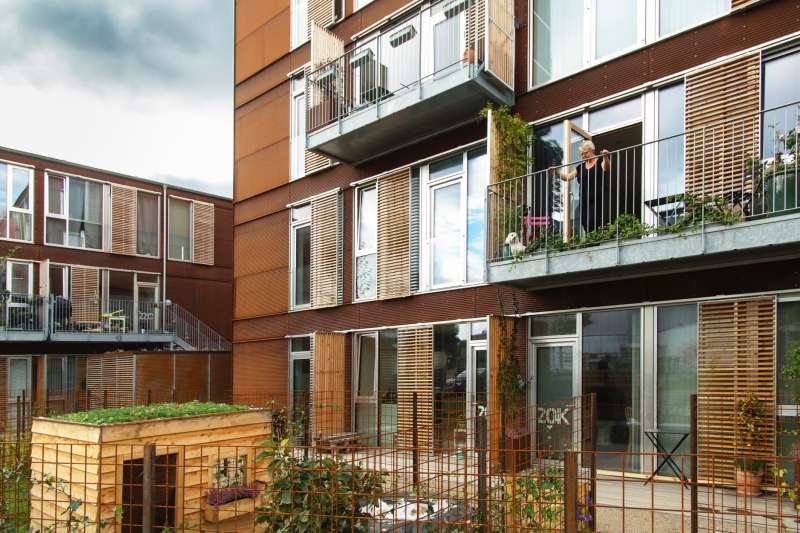