A short boomerang-shaped side street connecting Gammel Kongevej and Værnedamsvej sparkles with the creativity of the locals.

Tullinsgade is easy to overlook, but hard to forget. Just one visit and you’ll want to go back, because there is plenty to explore. First and foremost, Tullinsgade no. 1: a mini-coffee bar with a 129-square-foot hotel on top. Welcome to Central Hotel & Café. The tiny, picturesque building is wedged between two blocks of apartments, and the locals mill about and sit elbow-to-elbow both inside and out. The coffee bar and hotel are owned by local restaurateur and former set designer Leif Thingtved, who created every single detail in the hotel and adores vintage, cozy surroundings and 1950s vibes. The hotel is fully booked by Danish and international guests, and the international media love writing about it.

A little further down the street, you will find CAN Family, an art/ceramic/music gallery/shop owned and operated by a family of four. The mother Stine is an illustrator and art director, while the father Martin is an artist and record collector. Together with their two girls, they have created a colorful and humorous mini-universe and meeting place for the rest of the street.

If you continue on around the corner, you’ll find the Thiemers Magasin bookstore. Like everything else on Tullinsgade, it is no ordinary bookstore. It is also a local hub for exhibitions, writing workshops and discussion clubs run by the locals themselves.

On a Human Scale

Tullinsgade is a good example of what is known in architecture as “the human scale”. Tullinsgade doesn’t look like much from the second floor up. All the excitement takes place at street level. You could say that this street is ideal for experiencing from a human perspective. It is common for new urban areas with many high-rise buildings to be accused of forgetting the human scale, but here in Tullinsgade humanity is everywhere. There is an urban buzz of chatter and cars, accompanied by the smell of coffee, tickling the senses and leaving you feeling at ease.

Wanna see more street art/graffiti, then you don’t have to look for long. Irish Conor Harrington has decorated the gable of Tullinsgade 21, Saxogade has Brooklyn-based artist Maya Hayuk and on Oehlenschægsgade you will find Chinese born artist DALeast. On Jagtvej you can find art by the creator of Obey, Shepard Fairey. And last and properly also least, on H.C. Ørstedsvej you can find a small Banksy rat. 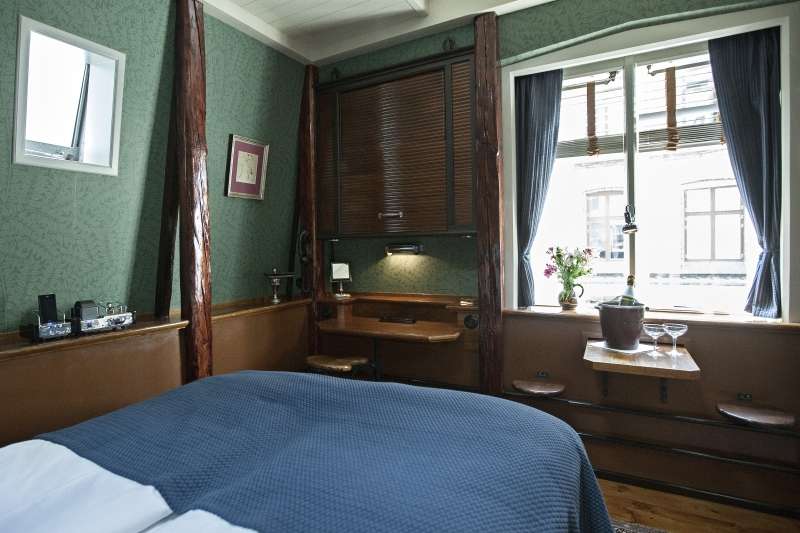