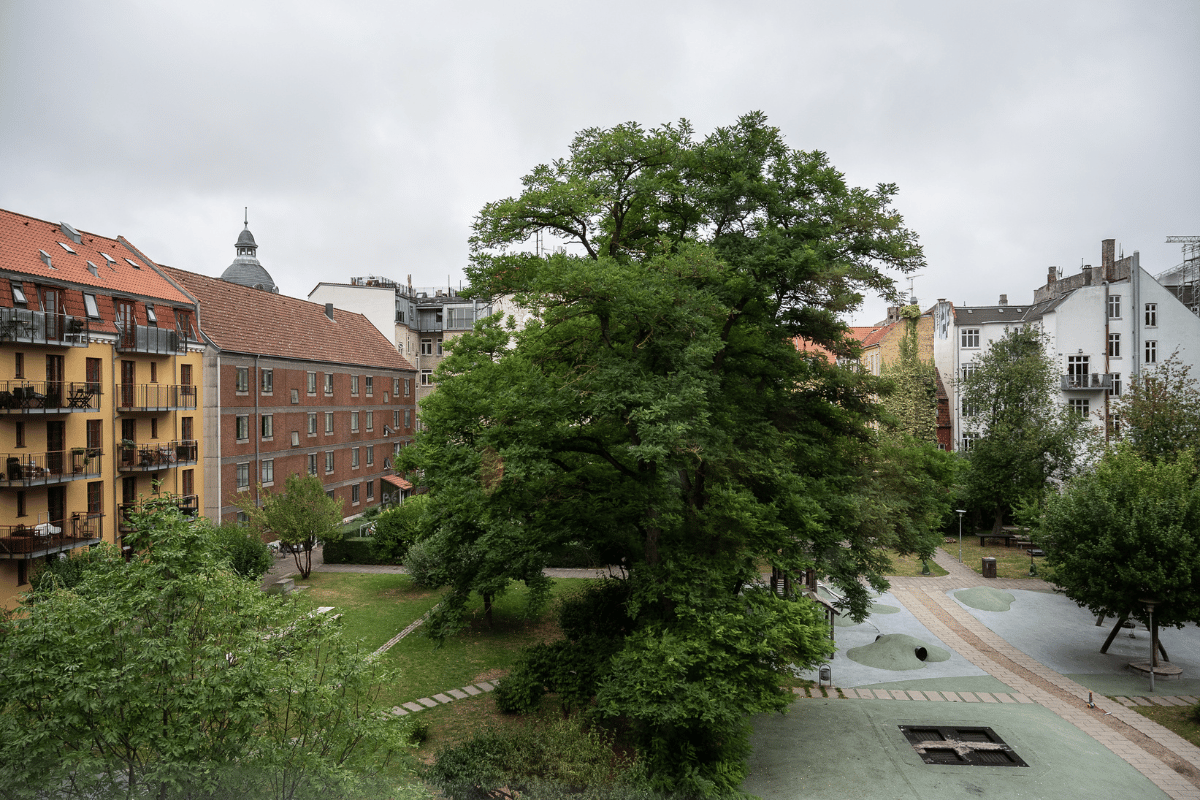 In the heart of Nørrebro, behind Nørrebrogade and Blågårdsgade, the Københavnerkarréen courtyard provides a green oasis for the surrounding residents. During Open House, you can take a look inside the courtyard, which has both an urban atmosphere and wild areas with tall grasses and plants.

It’s easy to forget how many amazing, and large, courtyards are hidden all over Copenhagen, even in some of the most densely developed neighborhoods. One example is the courtyard in the Københavnerkarréen residential block, which feels like a quiet oasis when you walk through its doors from bustling Nørrebrogade.

Connected with Other Green Courtyards

The courtyard was designed by landscape architect Lone Van Deurs. She is also the designer behind two other courtyards in Nørrebro that you can visit during Open House – Bangertsgade and Wesselsgade. All of these courtyards were renovated by the City of Copenhagen in the late 80s. You may be wondering why the city would pay to renovate private courtyards. The aim was to make Copenhagen an attractive city to live in. And for many residents, these courtyards are their primary access to nature.

The center of the courtyard is open and exudes an urban atmosphere with colored, rubberized asphalt, trampolines and little hillocks. The many niches in the buildings create delightful alcoves that have been given a personal touch with tables, chairs, parasols, planters, flower pots, insect hotels and birdhouses. The courtyard features several tall trees, large bushes and impressive plants climbing up the buildings. Its greenery ranges from meticulously trimmed hedges to wild areas with tall grasses and plants.

During Open House, you can admire the flowers and fruit trees hidden behind the city’s hard brick facades – an experience normally reserved for the residents only. 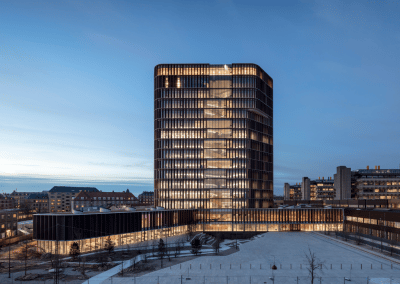 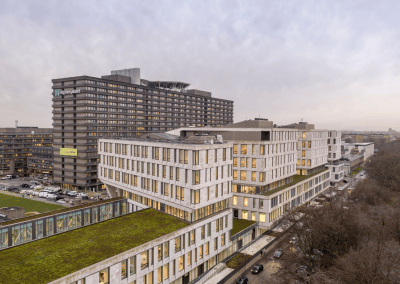 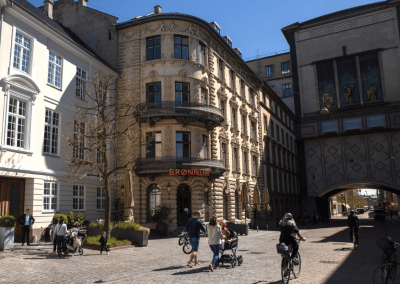 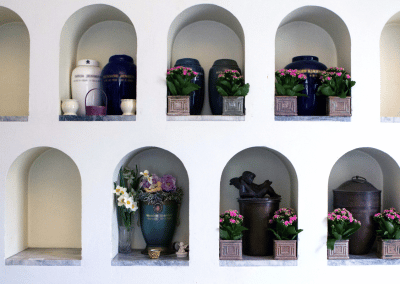