The Courtyard of the Future on Askøgade

The Courtyard of the Future on Askøgade 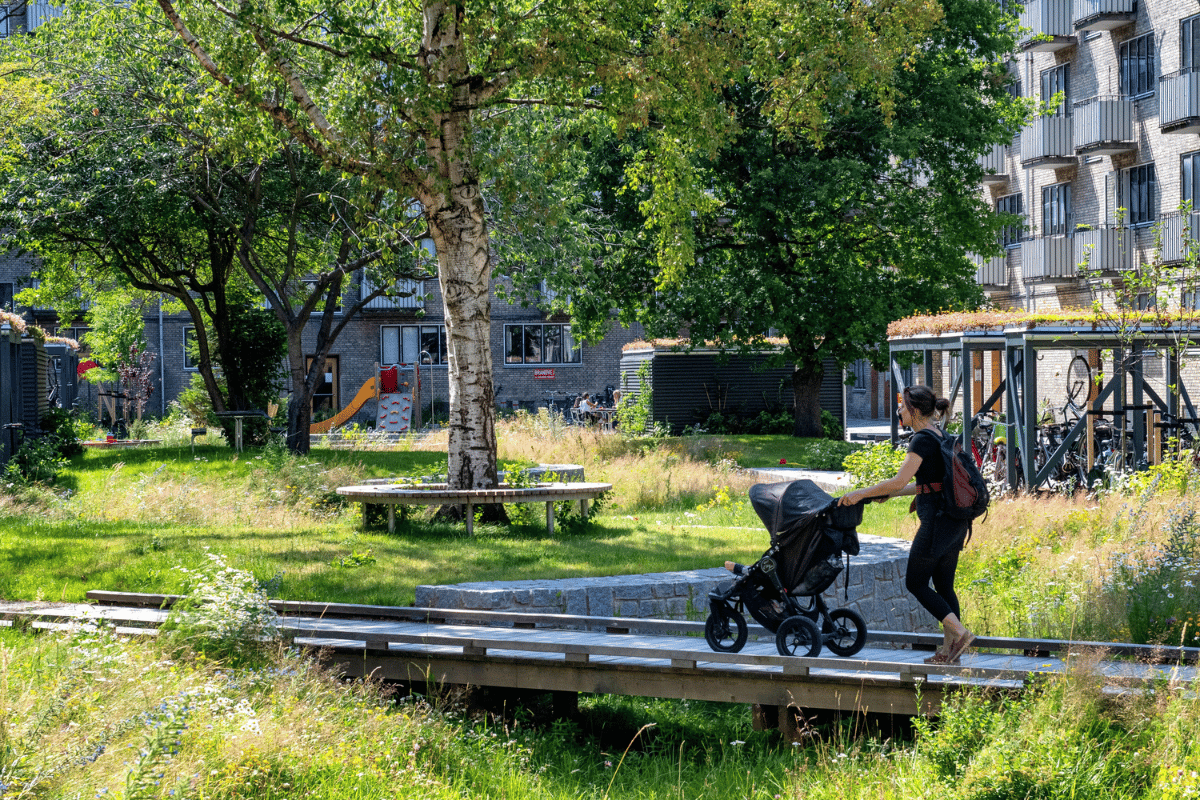 In outer Østerbro, you’ll find a courtyard designed with an eye to the future. The Courtyard of the Future on Askøgade has become a green oasis with the implementation of climate adaptation initiatives. Take a look inside during Open House and learn about a climate project that has been named Best in Denmark.

The Courtyard of the Future on Askøgade is part of Klimakvarteret in Østerbro, Copenhagen’s first climate-resilient neighborhood.

Here, the City of Copenhagen and local residents have joined forces to create a climate-friendly urban oasis that can handle vast amounts of rainwater and mitigate the increased flooding risks of tomorrow.

Built in 2020, the Courtyard of the Future on Askeøgade comprises a green center that is both the heart and brain of the climate project.

An elevated wooden walkway winds through the green courtyard, creating a series of recreational areas for residents. Under the walkway, a green “basin” spans the length of the courtyard with a trench down the middle. Rainwater from cloudbursts is led from the rain gutters to the trench. The aim is to relieve pressure on the sewer system and reduce the risk of basements and buildings flooding. For ordinary rain showers, the runoff is collected in a rainwater bed where it can be used for watering plants.
The rainwater architecture in this courtyard can handle enough water to fill five city buses. And that’s why it has been named one of Denmark’s best climate-adaptation projects by the philanthropic association Realdania.

This courtyard is part of the City of Copenhagen’s ongoing efforts to revitalize residential courtyards, bringing more nature to the city and creating more recreational areas. The city has renovated 550 courtyards over the past 50 years.

During Open House, you can experience a number of Copenhagen’s courtyards, both older and newer, such as Bangertsgade, Københavnerkarréen and Nattergalevej. 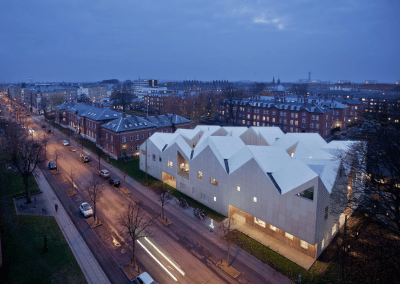 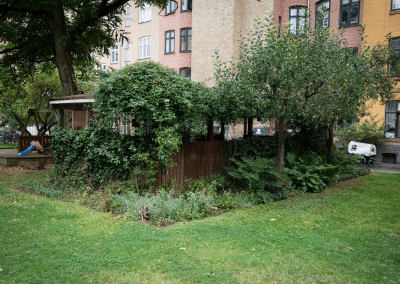 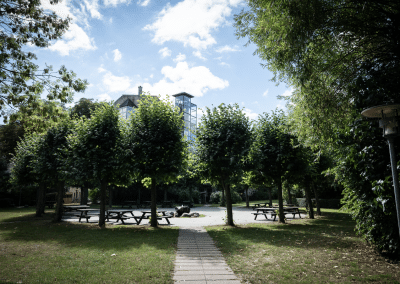 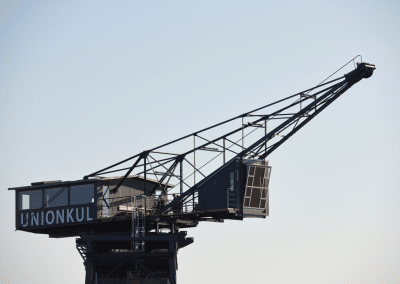