Jørn Utzon had very little experience when work on one of the world’s most complex building projects got underway, but he had the support of another Danish genius.

The Sydney Opera House is among the most famous buildings in the world and is viewed to this day as one of the most complex ever designed.

Jørn Utzon had only built a few smaller buildings in Denmark when he won the competition to design Sydney’s new opera house in 1956, beating 232 other proposals. The winning design was characterized by the Danish architect’s fascination of nature’s elements. Whether you perceive the building’s impressive shapes as the sails of a ship, seashells or waves, the building’s shapes are reminiscent of nature’s elements: the earth, the sky and the sea. Utzon’s structural ideas define gravity, and no one really knew if they would succeed at the challenge when the project got underway.

Partnership with another genius

It came to mean a great deal that the younger Jørn Utzon had one of the greatest engineers of the time as a partner. Danish Ove Arup was both intuitively and mathematically gifted and quickly recognized Utzon’s special talent.

The work of building the structure with its hundreds of rooms at Sydney Harbour got underway, but resolving how to get the enormous white shells to float at heights of up to 60 meters took years, innumerable attempts and enormous sums of money to achieve.

Surprisingly, it was Utzon and not Arup who finally cracked the code when the peel from an orange served as inspiration for the construction. But the pressure mounted. When the Opera House’s exterior was finally completed, and Utzon was to start on the interior, a new government party wanted to see the building completed quickly and inexpensively. So they halted payments to Utzon, who withdrew from the project in 1966. At the time, the construction had already been delayed by three years.

Arup bowed to the decision. Jørn Utzon, on the other hand, pulled the plug and left Sydney in anger, never to return again. This slowed things down even more; architects weren’t exactly lining up to build a lesser version of a potential masterpiece.

The opera house became a true scandal, and by its inauguration in 1973, the original budget had been exceeded by one thousand percent. But time heals all wounds, and today Sydney Opera House is a remarkable and significant landmark for both Sydney and Australia. Besides being part of the Danish cultural canon, it is also on UNESCO’s list of world heritage sites.

Jørn Utzon’s name was not uttered once when Queen Elisabeth inaugurated the building – a sign of the sensitive nature of the matter. However, 32 years later, he was mentioned when she inaugurated a new building Jørn Utzon had designed together with his son. So even Utzon’s anger subsided over time. 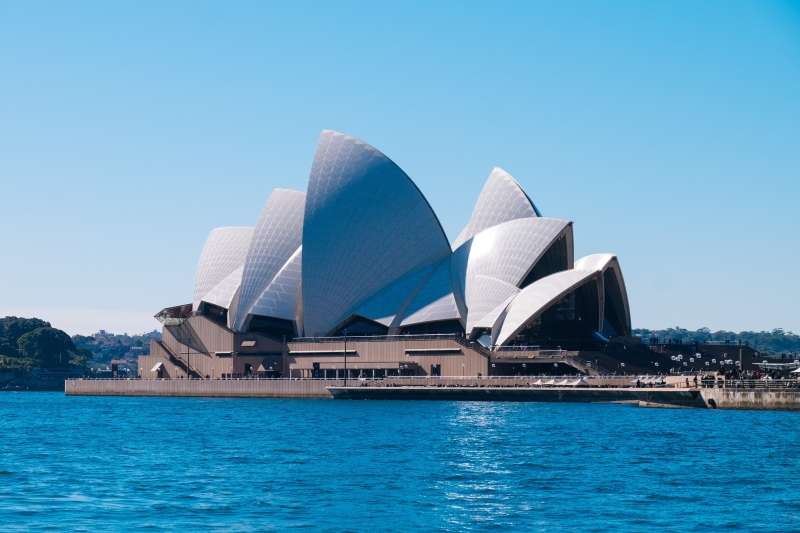