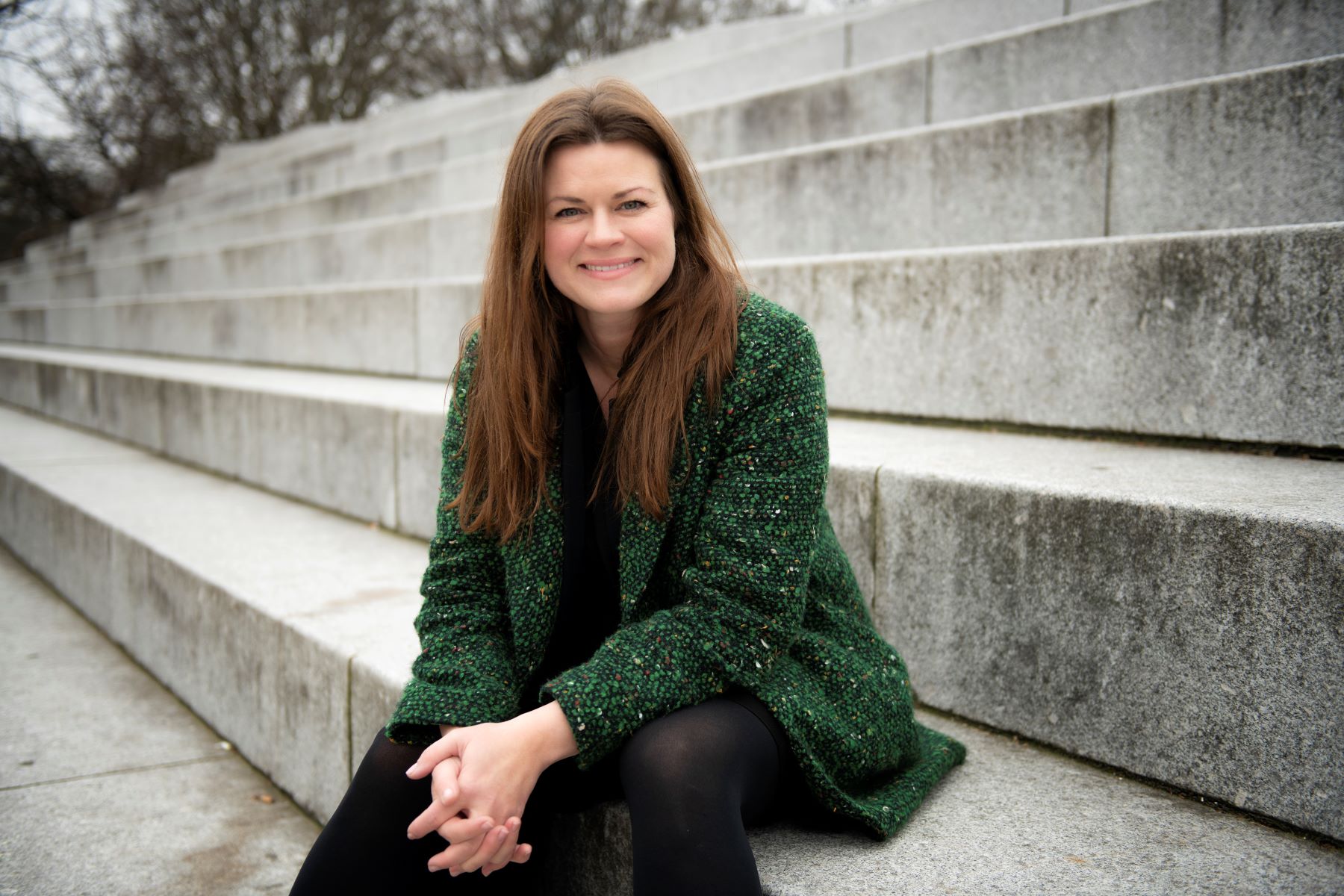 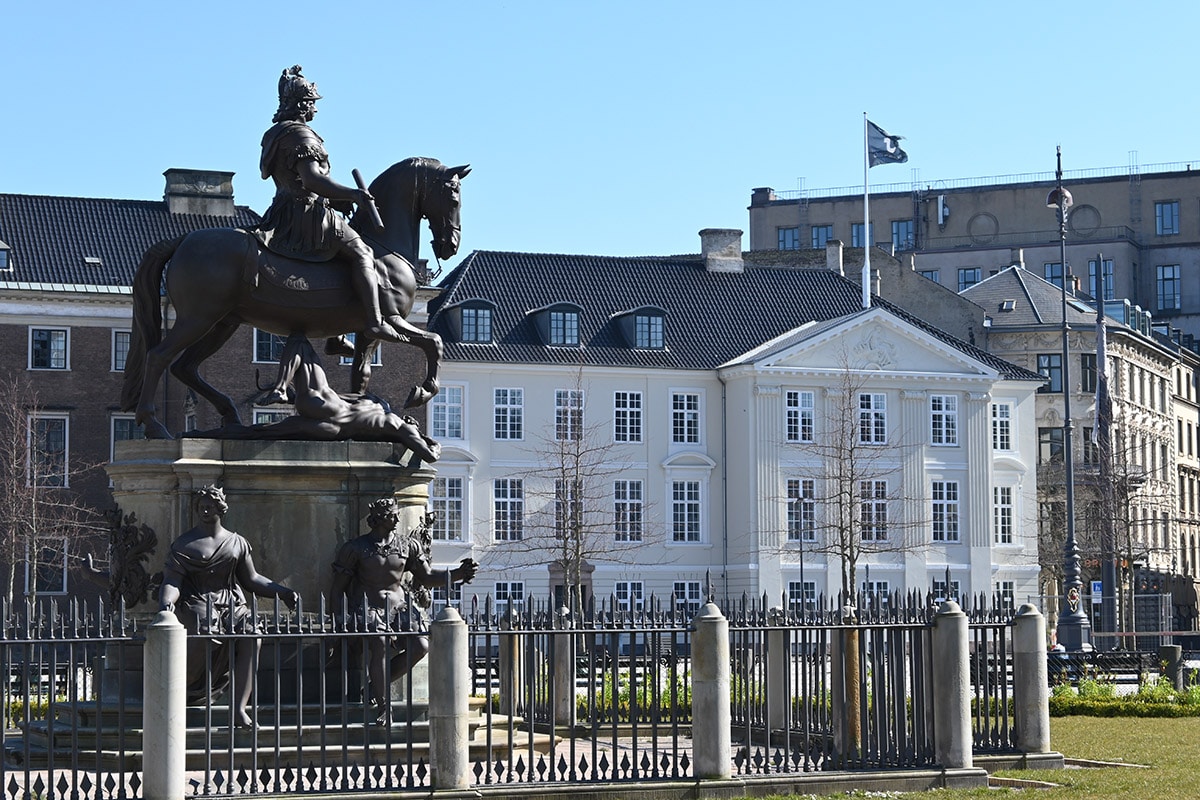 In 2023, DAC brings you exhibitions, an architecture run, tours of buildings otherwise closed to the public, and a ton of other activities.

When Copenhagen becomes the World Capital of Architecture in 2023, the aim is to invigorate the world of architecture in much the same way as when the city was the European Capital of Culture in 1996. At least, this is the hope of Camilla van Deurs, municipal architect for the City of Copenhagen.

“Until 1996, I believe we all thought that culture was opera for the upscale residents Copenhagen’s Whiskey Belt, but the Capital of Culture events of that year really expanded our concept of culture. Now, 25 years later, we have the Cinematheque, Arken, Vega, the Centre of Photography – all of which are cultural institutions that we know and love – and all were launched the year Copenhagen was the European Capital of Culture. We also established lots of contacts and raised the general awareness and understanding of culture, which has led to a much higher level of informal cultural activity.”

“Back in 1996, Copenhagen was emerging from near bankruptcy, the construction cranes were just beginning to tower over the city and we felt a renewed self-confidence as the European Capital of Culture. Since then, the city has practically undergone a revolution. Copenhagen has been crowned the world’s most liveable city multiple times. There is tremendous international focus on Danish architecture and design, and now we’ve been designated World Capital of Architecture. Imagine what this could be a springboard to? We want to make architecture more open, just as culture became more open in 1996 – despite the fact that last time there was much more funding available and a huge secretariat to keep things running smoothly.”

We Should Have Everyday Monuments

In 2023, Camilla van Deurs and the City of Copenhagen want to provide a broader perspective on architecture.

“We’re going to open up the minds of Copenhageners about what architecture is. Architecture isn’t just about bricks and mortar. It isn’t just about the historical architecture, the medieval city center or Kay Fisker’s modernism that we all love. It is also everyday architecture. How is my children’s learning influenced by the design of their schools? How does the layout of my apartment building encourage me to meet my neighbors? What is the importance of having bike lanes and bike bridges that are beautifully designed and not just built to keep costs to a minimum? To me, there is value in having a sense for what is important. Bikes are important. So we should also have everyday monuments designed by the best architects. That’s one way we can call attention to the connection between architecture and daily life,” says Camilla van Deurs.

Opportunity to Explore the City

One way to do this is by focusing on local communities and neighborhoods. In architecture, the city is joining forces with a wide range of large and small stakeholders to open Copenhagen’s urban districts to exploration in new ways.

“It will be possible to walk around your neighborhood and experience buildings you may have always been curious about. We’re collaborating with DAC on Open House, which will unlock all kinds of buildings normally closed to the public. For example, the old transformer station at Trianglen in Østerbro, which a group of enthusiasts are working to give us access to. Or the old bank note printing press room at Nationalbanken, where the good people at Kulturhuset på Broen hope to establish a year-long cultural center. Those types of everyday mysteries. People should be able to visit them. And we hope that people will rise to the occasion and visit the city’s nine other districts, too. There is plenty of amazing architecture in Husum and Tingbjerg that Copenhageners have yet to discover. So let’s spend the year exploring and discovering our city together.”

Some local stakeholders may qualify for funding to develop new projects in their local communities.

“We have some limited funds Sharing Copenhagen that we can allocate as micro-grants. For instance, to the mother on Hulgårds Plads in Copenhagen’s Northwest district, who is passionate about ensuring there is clean air where the children play. She dreams of creating a playground that reduces air pollution with the use of plants. Initiatives like these have the potential to become iconic community projects. This was how the rooftop garden Østergro got started, and now the project has the support of all kinds of stakeholders.”

We Need to Talk about What Hurts

Even though the primary focus in 2023 will be on celebrating and experiences, there should still be room for debates and discussions about the more difficult topics. Camilla van Deurs hopes to add nuance to some of the polarizing debates about the city’s development.

“We mustn’t be afraid to ask the difficult questions – to talk about what hurts. One of the major issues we’re currently working on deals with mobility. We’re developing an urban space plan for the medieval city center that will eliminate a lot of parking spaces. This touches on the traditional view of our common areas. My personal comfort at being able to drive right up to the door is challenged when I have to share more spaces with others. It encroaches on people’s private lives. Another big issue is biodiversity, for instance in relation to Amager Commons. This is also a question of values. If we think there should be more room for nature, then we should build higher. But Copenhageners have an aversion to skyscrapers, and every time someone proposes a new high-rise, there are tons of protests. But at some point you either have to put a stop to the growth or start building in a different way. These kinds of discussions will be quite vocal – also in 2023.”

“In general, there is always a lively debate about urban development, and the battle lines are being drawn ever more sharply. We’ve seen demonstrations when the paving stones on Gernersgade were to be removed, and recently, someone chained themselves to Langebro Bridge. There is a type of activism that seems distinctive to Copenhagen. And here I’m thinking about Christiania, Havneparken [the harbor park, ed.] in Islands Brygge and Ungdomshuset [the youth house, ed.] on Jagtvej. But we must be able to have these discussions on an informed basis. It’s not just about deciding who is right and who is wrong. We will probably never fully agree, but the Capital of Architecture can provide a basis of knowledge for some of these big discussions during the year. Hopefully, that will contribute to a more nuanced debate on the extremely difficult choices that must be made in the future.” 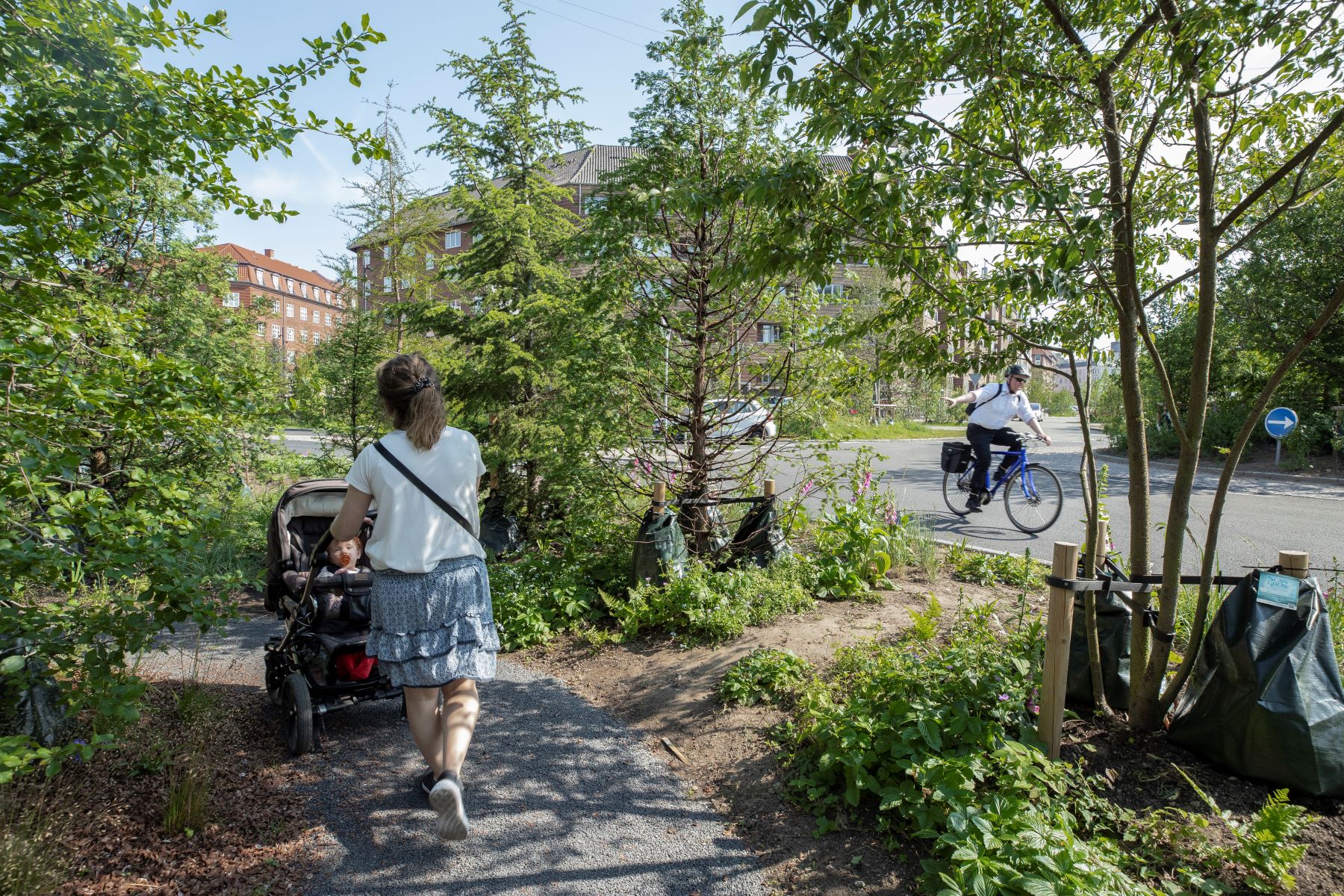 I will definitely showcase the Climate Neighborhood in outer Østerbro. It is like Copenhagen’s own Bo01 [an innovative neighborhood in Malmö, Sweden that has inspired urban developers for 20 years with its focus on sustainability and people-friendly environments, ed.]. It’s really a prototype of how we should develop urban districts in the future with full focus on adaptation to climate change and biodiversity. The people at Henning Larsen Architects are putting the finishing touches on the Klimakareen climate project out there. It’s a demonstration project for sustainable urban revitalization of older buildings, sidewalks and courtyard gardens. 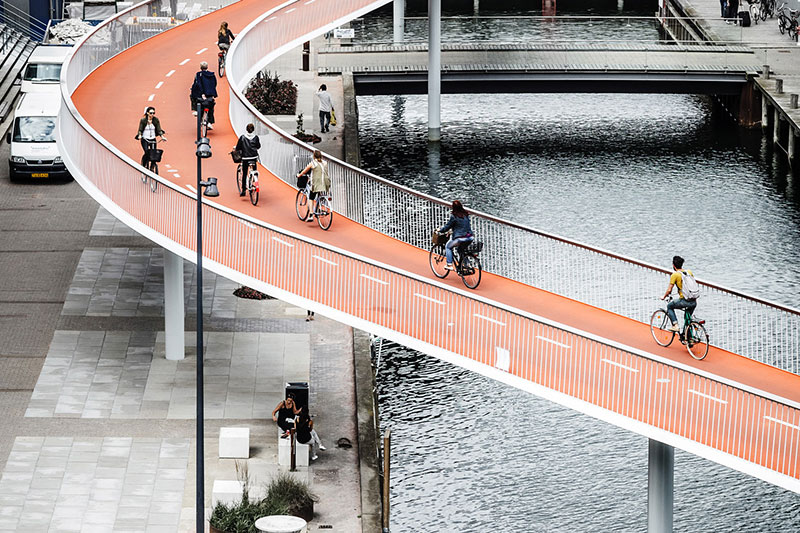 The ride across the Cykelslangen bike highway and through the surrounding area The Harbor Ring  provides a wonderful sense of our historical city and its close proximity to the sea. How the old industrial city has been pushed out to make way for new housing and neighborhoods. This is something we share with 90 percent of all cities in the world, where waterfront areas along harbors and rivers are being transformed. I think we have some good ideas for how to connect the city in a fluid and beautiful way. Especially if you make sure to visit the Århusgade neighborhood at one end of the Harbor Ring and Sluseholmen at the other. These new areas present “best practice” in their own distinctive ways, and that’s something I truly want to share with the world.

The area around Grundtvig Church, Bispebjerg Bakke and Tagensbo School [in the Northwest district of Copenhagen, ed.]. It is such a fantastic working class neighborhood full of so-called “welfare architecture” from the 1930s and 1950s. I want to show it off as a piece of Danish history about quality in humble surroundings. It is an example of wonderful urban planning, full of really great homes in beautiful materials. There are also a lot of new things cropping up in the neighborhood. For example,  Grønningen – a new landscaping project by SLA. And there’s a courtyard garden project on Tomsgårdsvej that is all about biodiversity. All kinds of exciting things are also happening along Rentemestervej. We have urban renewal projects in some of the more underprivileged areas of that neighborhood. This is classic Danish welfare architecture, but it is also an area that is growing and experiencing a renaissance. I would personally like to learn more about it – because that’s where we’re at right now – we’re working with our cultural heritage, transforming it, understanding the social and climate-related challenges, and ultimately improving within the context of what we have. It’s not just about constructing new buildings. 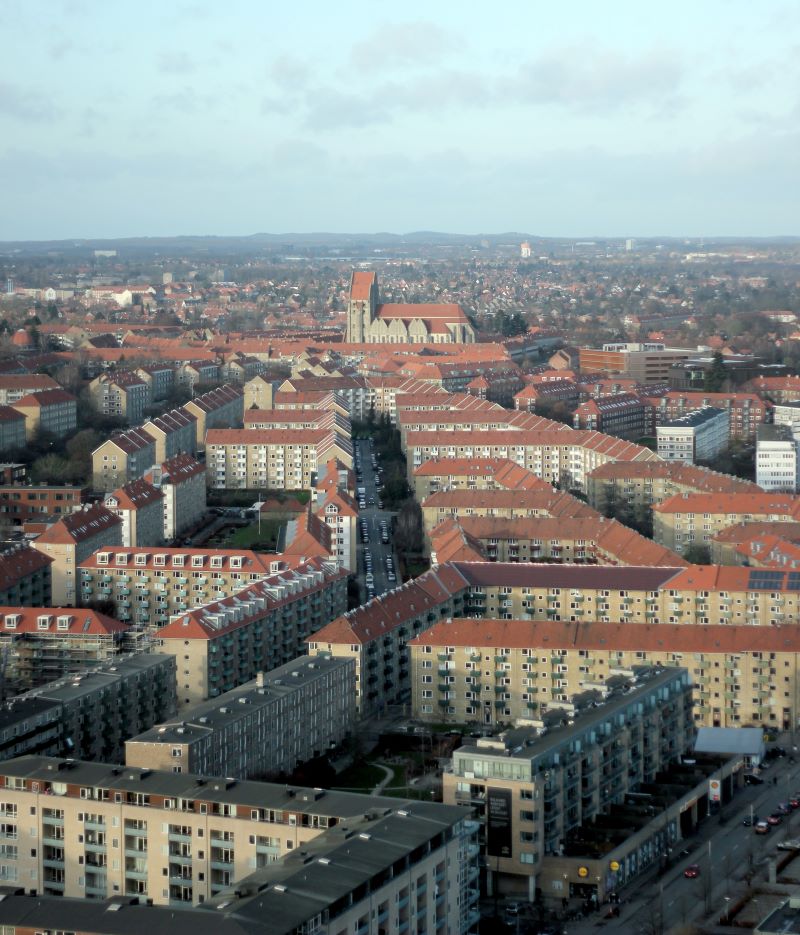